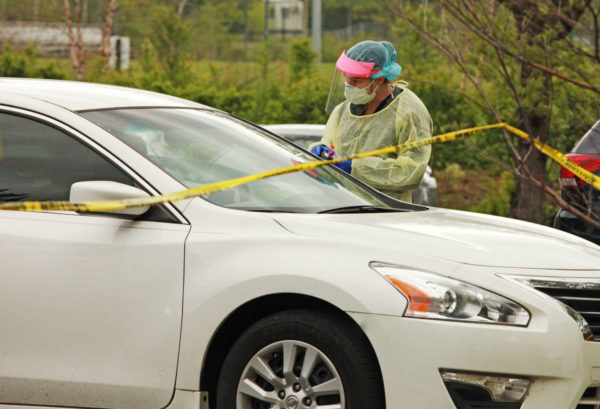 There are now 1,396 people with COVID-19 in Alexandria, an increase of 47 cases since yesterday, and no new deaths have been reported, according to the  Virginia Department of Health.

There are 32 fatalities related to the virus, but the did not update any of its demographic data for Alexandria and sex, age, racial and ethnic and ZIP code data yesterday. All that is publicly known is that a woman and a man are the latest victims of the virus. One victim was in their 80s and another was in their 70s.

According to available information, the city’s Hispanic population leads with positive cases at 648 cases, 69 hospitalizations and four reported deaths.

There are more than 500 new or probable cases in the city in the month of May alone. Yesterday, VDH also reported that there are 152 COVID-19-related hospitalizations in Alexandria, and that there have been 98 cases associated with 11 outbreaks in the city, and that 93 of those cases have been health care workers. 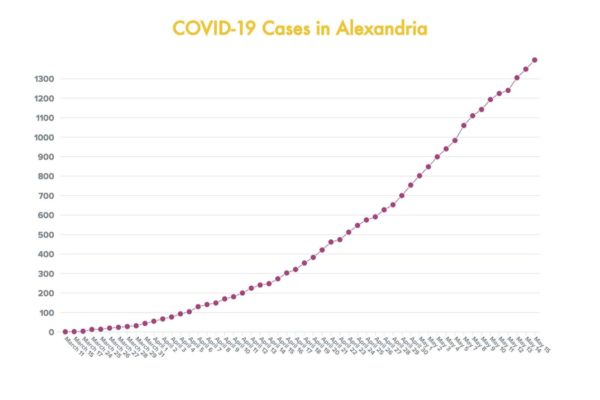 It is not clear how many people have recovered from the virus, and an accurate count on the number of cases is difficult to maintain in Alexandria since the highest infection rates are in the city’s poorest areas.

The Alexandria Health Department reported that certain ZIP codes in the family have “historically experienced discriminatory policies and systems, resulting in inequitable access to healthcare, economic opportunities and affordable housing.”

“Now, these chronic health issues also make people more susceptible to severe disease from COVID-19 infection,” the department reported on May 7. “Additionally, these community members are more likely to work in jobs where they are underpaid, do not receive paid sick leave, and are not afforded telework opportunities, creating additional risk of exposure to the COVID-19 virus.”

VDH did not include the numbers of people tested, after criticism that 15,000 test results included antibody tests. Yesterday, VDH reported that 185,551 tests have been administered in Virginia.

VDH did not update the following racial and ethnic breakdown since yesterday: