It’s been a busy week in Alexandria.

As teachers fought for a pay raise, Alexandria City High School (ACHS) students walked out of the classrooms in protest against Alexandria City Public Schools leadership stonewalling a lunchtime program.

Titan Lunch was a proposed replacement for an earlier Lunch and Learn program that allowed students to meet with clubs or teachers during their lunch period. A student committee met with school administration and worked on crafting a compromise that would keep the core of “Lunch and Learn” intact while adding security measures.

In an email to the ACHS community, Principal Peter Balas said during meetings with the school district’s senior leadership team it became apparent that “safety and security concerns, in addition to the logistical and operational challenges” would keep the program from moving forward during the current school year.

While organizers said Interim Superintendent Melanie Kay-Wyatt has yet to meet with the student committee that put together the activity proposal, the ACHS PTSA wrote a letter to the school system supporting the Titan Lunch proposal.

The most-read stories this week were: 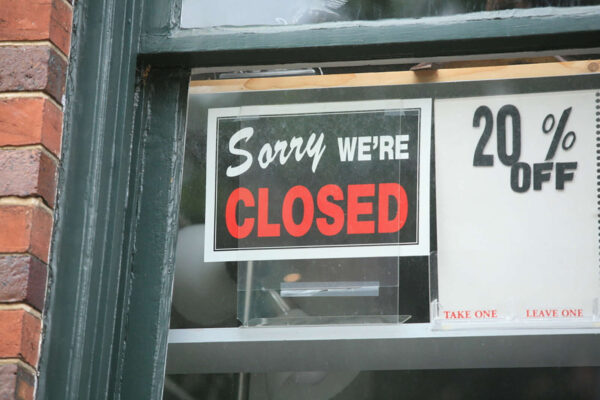 The City of Alexandria approved a grant program aimed at benefiting Black, Indigenous and people of color (BIPOC) business owners. Applications were set to be released in the coming weeks, but a lawsuit has put those plans on hold.

The grant would have allocated $500,000 worth of funds ot businesses with at least 51% BIPOC ownership, with a maximum amount of $7,000 per recipient.

Earlier this week, engineering firm Tridentis, LLC filed a lawsuit against the City of Alexandria claiming the city is discriminating based on race. Tridentis is a military contractor based in Alexandria.

“This program is blatantly illegal,” the lawsuit claimed. “The Equal Protection Clause prohibits Alexandria from discriminating based on race, and this express racial exclusion cannot possibly satisfy strict scrutiny. Plaintiff, a business in Alexandria who wants to apply for the program but is excluded because its owner is the wrong race, is entitled to relief.”

Tridentis has received over $1 million in forgiven loans since early 2020.

Kevin Harris, founder of AMBA, called the lawsuit political theater, noting that the contractor donates thousands of dollars to right-wing politicians or groups every year.

“Tellingly, Tridentis has hired Consovoy McCarthy PLLC as their legal counsel for this suit.” said Harris. “I think that shows pretty clearly what their end-goal is.”

“SRG is deeply disappointed that our City now faces this legal challenge in its efforts to address the compelling governmental interests of diversity, equity, and inclusion for members of their constituency that have been systematically denied a full opportunity to participate in aspects of economic, social, and civic life.” said Pastor Whiting. “Diversity, equity, and inclusion are essential priorities for Alexandria and our entire nation. This lawsuit demonstrates our need for sustained action.”

@Tridentis has received a number of very large @SBAgov grants. They also have multiple federal contract awards, including $49 million contract with the Navy.

ALXnow reached out to a Tridentis phone number but recieved no response.

Yesterday, the tourism bureau Visit Alexandria presented a new logo to be used in marketing for the city. Reception online was mixed.

The logo features the city’s name in lowercase with the most notable feature being a representation of a sunrise in the middle “a”.

“Our new logo is sophisticated yet inviting and embraces our identity as a waterfront city that is continually evolving,” said Patricia Washington, President and CEO of Visit Alexandria, in a release. “Even as our brand changes, we’re continuing to highlight our city’s historic character both visually and in our storytelling with a bold new destination advertising campaign that will surprise people and offer potential visitors a glimpse at all there is to know and love about Alexandria.”

What do we think? https://t.co/qjpLcpU3AP

I immediately got the sunrise over the Potomac inspiration (attached photo is one I took in May 2018 in Alexandria’s Founders Park), but the overall impression it gives me is meh. The old logo was dated looking but organic. This new one looks like an early effort; not yet final. pic.twitter.com/SyNpPgdBZ9

What do you think of the new Alexandria logo? Is there any aspect of it you would change?

END_OF_DOCUMENT_TOKEN_TO_BE_REPLACED 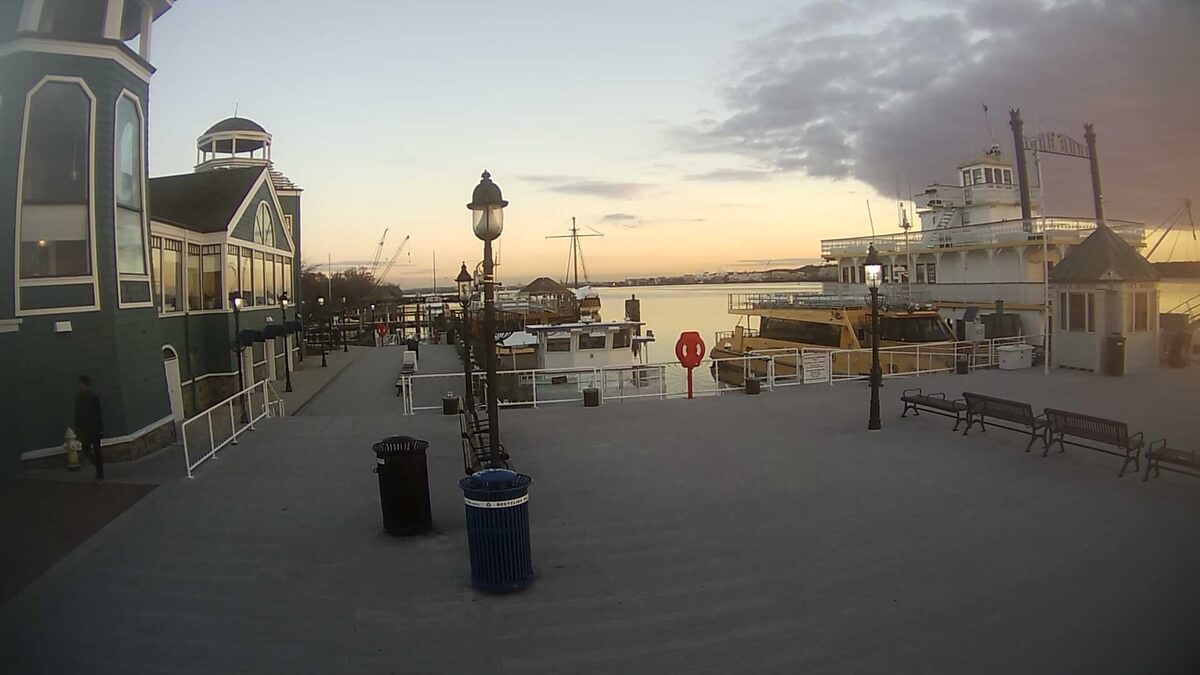 🚨 You need to know

Earlier this week, Alexandria City Public Schools (ACPS) sent out an alert to parents saying that confidential student contact information was made temporarily accessible by a vendor, ACPS said in a message to parents.

“This disclosure came as a surprise to us since our relationship with the vendor ended for BlackBoard Connect services on June 30, 2022, and we had been assured by that vendor that all data and access to our information would be disconnected,” ACPS said in the message. “At our request, this information was removed from public access immediately and the vendor, FinalSite (now the owner of BlackBoard), conducted an investigation to determine how this happened, the information involved and whether the data had been accessed.”

ACPS said a report from the vendor said the information was made public by mistake by an engineer.

We apologize for this incident and will continue working closely with all ACPS vendors whose systems contain student data. We take our role protecting student information seriously and are committed to ensuring that our vendors take all necessary steps to enhance their protection of student data as well.

The following are the most-read ALXnow articles for Jan 26, 2023.

Here is what’s going on today and this weekend in Alexandria, from our event calendar. 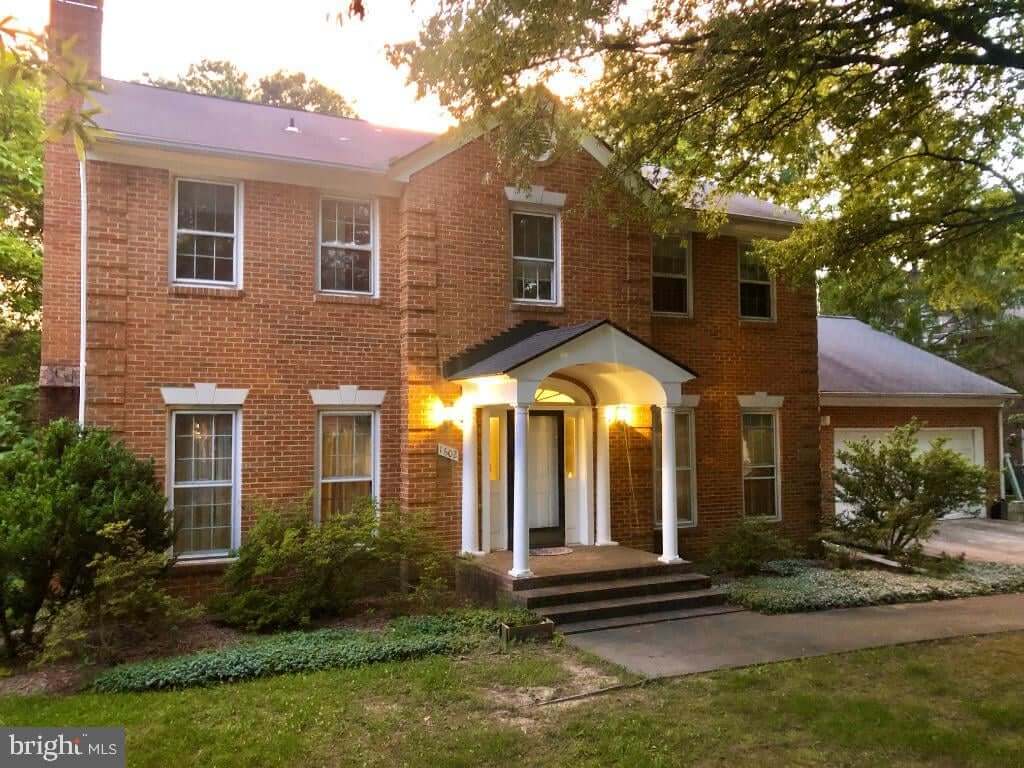 This past week saw 21 homes sold in Alexandria.

The least expensive condo, single-family home or townhouse sale over the past seven days was $191,000 while the most expensive was $905,000.

After 15 years, Bloomers (924 King Street) is moving to a new location on King Street in the first week of March, it’s owner tells ALXnow.

Bloomers owner Nicole White says knew that the lease her shop at 924 King Street was expiring in 2023 when she bought the business in 2018.

The 1,500-square-foot space at 706 King Street is the former longtime home of Crown Wigs, which closed last year. It’s located next door to Village Brauhaus (710 King Street) and directly across the street from Murphy’s Grand Irish Pub (713 King Street).

“We’re more than doubling our footprint,” White told ALXnow. “We’re excited to have more space, expand our bra lines and brands and provide a great experience for people.”

Bloomers was founded by Kim Putens in 2008. By 2013, she had locations in Old Town, Shirlington and Georgetown, but the growth was short-lived. In 2014, Putens announced she was closing the Georgetown shop from lack of business, did not renew the lease on the Shirlington location and consolidated everything into the Old Town shop.

White says customers are tired of being comfortable, and that strapless bras and shapewear are selling out, reversing a years-long trend of customers working from home and needing loungewear.

“We had a crazy run on strapless bras this summer, because everyone was going to events,” she said. ” We didn’t sell a single strapless bra during the pandemic. It’s funny how things have turned back around.”

White is reopening the shop sometime in the first week of March, and said that customers should follow the Bloomers Instagram page for updates.

As for her long-term aspirations, White said she hopes to continue running a business that personally fits women with bras.

“I just want to be able to continue being a brick-and-mortar store in a digital world,” she said. “To really get a proper bra that fits, you need to come in person, so we hope to be able to do that for a long time.”

When it comes to city permitting: it pays to play it safe.

Old Town restaurant Village Brauhaus (710 King Street) is going back through the city review process to double-check that it’s still alright to open a rooftop dining area after the restaurant changed ownership.

An employee at Village Brauhaus said the restaurant is hoping to get the rooftop extension up and running before this summer.

“The rooftop dining area will include a covered bar serving area and retractable canopy,” the application said. “The serving area and canopy will be set back from the front facade at a distance far enough as not to be highly visible from the sidewalk across the street.”

Sacred Grove — Where People and Pets Heal and Connect!

“People usually reach out to me for help with behavioral issues, emotional issues, and end-of-life transitions. Since I’m also a medical intuitive and energy healer, I use all these skills to help folks’ beloved animals,” says local Animal Communicator Maribeth Decker of Sacred Grove.

Maribeth wasn’t born an animal communicator. She discovered her calling after she became a Reiki Master. That’s when her own dogs started communicating with her — some who’d passed and some still on the planet. This was her wake-up “bark” to shift to animals and their people!

Maribeth works with people locally and around the world. She recently worked with Hanne’s dog Brandy in Norway. Brandy withdrew emotionally from Hanne and stopped eating and drinking after a veterinarian visit. This continued for weeks. “Within 24 hours of Maribeth’s session, Brandy became her own self again, increasingly eating and drinking properly. Her cocker spaniel spirit was back, with the continuously wagging tail,” said Hanne.

Having worked with animals moving towards transition, Maribeth wrote her bestseller, Peace in Passing: Comfort for Loving Humans During Animal Transitions. In this book, you can find mindsets, modalities and real-life stories to help you navigate the last leg of you beloved animal’s life.

Learn more about the work Maribeth does and about her UConnect Animal Communication Class.

Sign up for her newsletter and receive Maribeth’s free report, “5 Things Your Pets Want You to Know“.

Tourism bureau Visit Alexandria has debuted a new logo as part of an advertising campaign for the city.

The logo features the city’s name in lower case, with the “a” in the middle filled in like a sunrise and sun-lit ripples emanating below it. It was unveiled this morning (Thursday) at a Visit Alexandria meeting.

“Our new logo is sophisticated yet inviting and embraces our identity as a waterfront city that is continually evolving,” said Patricia Washington, President and CEO of Visit Alexandria, in a release. “Even as our brand changes, we’re continuing to highlight our city’s historic character both visually and in our storytelling with a bold new destination advertising campaign that will surprise people and offer potential visitors a glimpse at all there is to know and love about Alexandria.”

The new logo is part of a paradoxical “Best Kept Shh” marketing campaign aimed at creating a sort of mystique for Alexandria.

“The ‘Best Kept Shh!’ campaign is a nontraditional marketing campaign that seeks to grab attention and spark curiosity as it plays on the idea that Alexandria is so special, it might be too good to share,” a Visit Alexandria release said. “Video executions ‘bleep’ or censor the word ‘Alexandria’ in a humorous way to make viewers stop and wonder what is being said until it is revealed at the end of the ad.”

The previous logo had a more historical styling, with the word “Alexandria” written in a lavish cursive.

Last year, Alexandria City Public Schools mulled changing its logo but after months of work, two logo redesigns were sent back to the drawing board.

Updated 12:15 p.m. — A previous version of the article described the sunny logo as looking like a ‘sunset’. The waterfront does, in fact, face east.