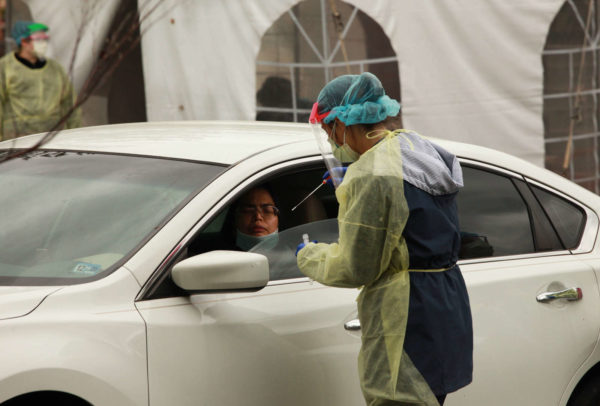 There are now 754 cases of COVID-19 in Alexandria, an increase of 54 cases since yesterday, according to the Virginia Department of Health.

That is the largest jump in new or probable cases since the first case was announced in the city on March 11. No additional deaths were reported. The city broke the 700 case mark yesterday.

There are still 21 COVID-19-related fatalities in Alexandria, and the most recent death was a male in his 80s reported on Wednesday. All fatalities related to the virus have been people over the age of 50, although the highest percentage of those infected are in their 30s and 40s.

Here’s the age breakdown of deaths and new cases in the city:

There have been 390 females (with nine deaths) and 361 males (with 12 deaths) who tested positive for COVID-19 in the city, and it is not clear how many people have recovered.

VDH also reported that there are 97 COVID-19-related hospitalizations in Alexandria, and there have been 2,664 tests administered.

Statewide, there have been 552 reported deaths, which is an increase of 30 deaths since yesterday. There are now 15,846 cases (15,180 confirmed, 666 probable) and 2,322 hospitalizations (including nine probable cases), according to VDH. 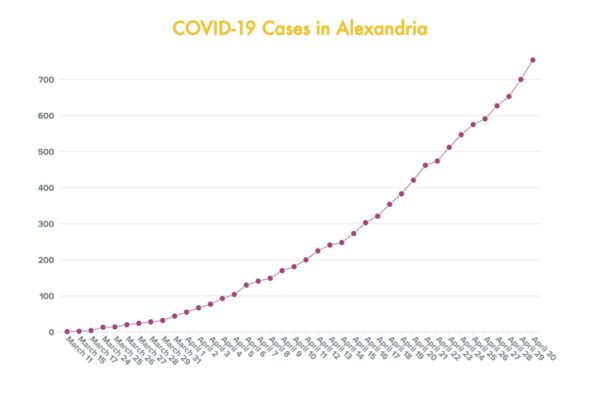