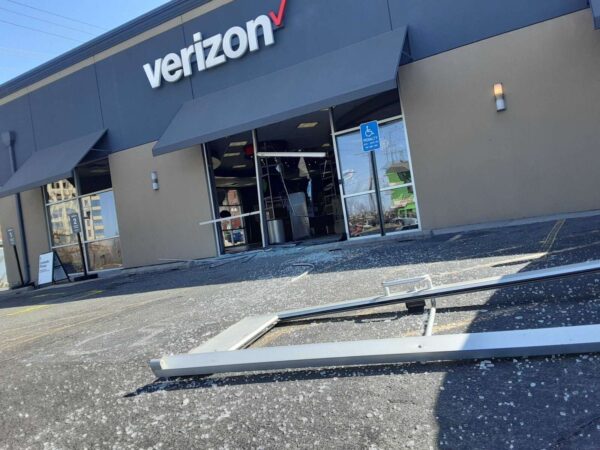 It was quite a week in Alexandria.

Our top story this week was on a man who allegedly crashed his car headfirst into the Verizon store near Potomac Yard. The suspect was later arrested in North Carolina.

The week was full of big news. Former Mayor Allison Silberberg announced her candidacy against Mayor Justin Wilson for the June 8 Democratic primary, and ALXnow has learned that the Del Ray Business Association is planning a debate.

One of our favorite stories this week was on Tobi, the Alexandria dog without front legs who needed a new $2,350 wheelchair. Within a day of posting the story, Tobi’s GoFundMe goal was reached. The fundraiser has since raised $3,590, and Tobi’s owner says the excess funds will be donated to help another disabled pet get a wheelchair.

As of noon Friday, our unscientific poll on mayoral candidates had 1,111 votes, but only 537 views. Former Mayor Allison Silberberg trailed by a large percentage for the first several hours, but she later received a surge of votes that led to her getting 589 votes, or 53%, to Wilson’s 432 votes, or 39%. Republican candidate Annetta Catchings, who also announced her mayoral candidacy this week, got 90 votes, or 8%.

Alexandria’s Troy “The Transformer” Isley says it was a dream come true to box in the Tokyo 2020 Olympic Games. Isley, a middleweight, won in his Olympic debut against Vitali…

The embattled Heritage project came within a hair’s breadth of being denied at the Board of Architectural Review‘s design review last week, and survived only on a last-minute deferral. Many…

A 30-year-old Alexandria woman was arrested last month and charged with making threats and domestic assault and battery against her roommate in the Landmark area. The suspect was booked and…

Moving with your dog(s)? Find tips to help alleviate their (and your) stress on the big day in the latest Ask McEnearney.