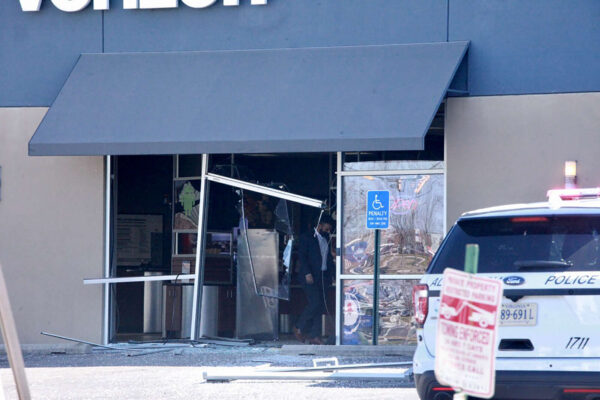 A suspect has been arrested after allegedly crashing his car headfirst into the Verizon store near Potomac Yard on March 22.

“We’ll provide further updates and details when we have them,” Alexandria Police Senior Public Information Officer Amanda Paga told ALXnow in an email.

A video was recently released of a suspect walking in to the store, walking out and then driving in headfirst, narrowly missing an employee before driving away.

WATCH: full video of man who crashed car into Va. Verizon store after an employee says he got angry with workers. No arrests yet! https://t.co/fivbgIBwrT @fox5dc pic.twitter.com/pRPwVVVcS8