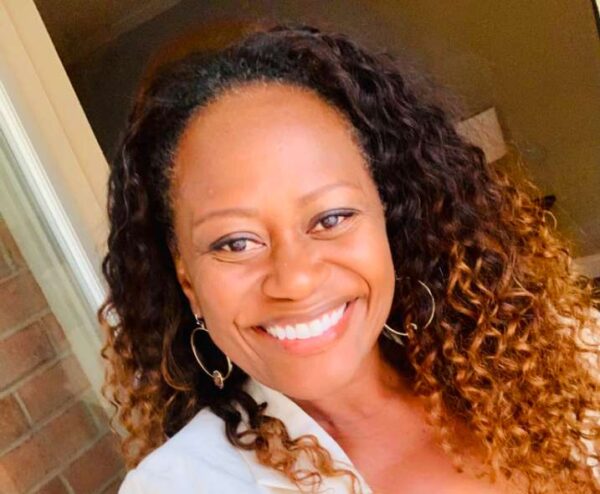 Annetta Catchings moved to Alexandria last August and now she’s running for mayor as a Republican.

“I’m very confident that I could be the mayor of Alexandria,” Catchings told ALXnow. “I think I have a lot to offer.”

The 52-year-old is asking for voters to look past her party. She lives in the Carlyle neighborhood of the city, and said that her 30 years experience as a flight attendant for American Airlines has prepared her to make the right decisions for the city. She also says that the mayorship has as much power as a city council member and that it is largely a ceremonial position.

“I’ve flown for 30 years as a purser (chief flight attendant), and I’ve been put in very a variety of situations where I’ve had to make decisions and direct a crew,” Catchings said. “I do that every day. I’ve done that every day for 30 years.”

This year, Catchings attended the campaign management school at the Arlington-based conservative Leadership Institute, according to her Linkedin page, and has written a number of opinion pieces for local publications. In January, she wrote that signs with the slogans “Black Lives Matter” and “End Racism” were filled with negative subliminal messages. The following month she wrote about why she is a Black Republican.

Catchings said her friends and neighbors urged her to run over concerns of a lack of transparency in city government, increased taxes, housing affordability and education issues. She also said that she’s an empty nester with a lot of time on her hands, and that she can make her own schedule flying with American Airlines.

“I got this phase of my life where I’m an empty nester and I have a lot of time on my hands, and I just want to serve the community in a way that I feel is impactful,” she said. “I just feel like everything that I’ve done and who I am has brought me to this place.”

Catchings, who filed her paperwork with the city’s registrar of voters on March 18, moved to Alexandria last August. She previously lived in Vienna and Stafford and moved to Virginia in 2004. She also studied journalism at Dillard University. She’s the mother of two grown men and was married to a U.S. Marine for 25 years.

Catchings said that under Mayor Justin Wilson’s tenure that the city has struggled to get kids back in schools during the pandemic and that the city, and criticized “unsustainable density that is making it less affordable for families to live here.”

“Addressing broken promises to fix flooding in our city isn’t a Republican or Democratic issue,” Catchings said. “Getting our kids back into classrooms during the COVID-19 pandemic isn’t a Republican or Democratic issue. These are concerns impacting all residents, regardless of party affiliation. I will use my leadership abilities to find the common ground voters are seeking to create a better and more affordable Alexandria City for long-time residents who feel they are getting pushed out due to rising assessments and gentrification and newer residents like me who want to preserve Alexandria’s historic charm and diversity.”

Wilson, who has not met or spoken with Catchings, welcomed her to the race.

“Competition is always a good thing,” Wilson told ALXnow. “I look forward to welcoming her to the City and the Mayor’s race. I’m excited about the opportunity to contrast our visions for the future of our City leading up to November.”

Catchings, who joined Twitter in January, said she’s watched “a ton” of City Council meetings, and that she will spend the early months of her campaign speaking with members of the community.

She also said that some might confuse her bid for office as arrogant.

“Maybe to some people that may seem arrogant, but I’m 52 years old, I bring with me a lot of a lot of experience, a lot of education, a lot of exposure,” she said. “I’ve traveled to so many places in this country and around the world, and I’ve had a lot of experience. It’s about knowing the right questions to ask to make a sound decision.”

People can snooze on this if they want. But,,,,, if it happened to Trump and it’s happening to the average man and woman, it’s only a matter of time before it happens to YOU. https://t.co/bBHSFtCcAi