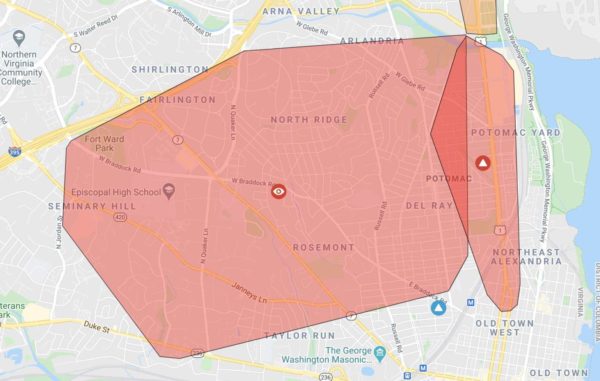 What an intense week in Alexandria.

Our top story was on the massive power outages that affected tens of thousands of residents on Friday, October 23. Without providing specifics, Dominion Energy told City Council this week that outages in Alexandria and Arlington were “unique,” and caused by a piece of equipment that failed at its Glebe Road substation. City Councilors responded that there have been at least eight outages since May.

Monday started with news that an Alexandria Police officer was shot in Old Town and that the 27-year-old suspect was found shot to death near a construction site.

Police were called to the Holiday Inn & Suites in Old Town North after reports that shots were fired in the lobby of the hotel. Police chased two suspects on foot and a shootout ensued. The officer was shot in the lower body and was later released, and the other suspect later turned himself in to police.

On the coronavirus front, there are now 74 deaths in Alexandria and there are now or have been more than 4,200 cases since the pandemic began in March. Latino residents continue to lead the case count. This week the Alexandria Health Department reported that majority of recent coronavirus cases in Alexandria might be the result of contacts at home, indoor gatherings and eating out.

Restaurant-wise, we reported the soft opening of a new chicken joint in North Old Town.

We also reported that more than 50% of Alexandria voters have already cast their ballots.