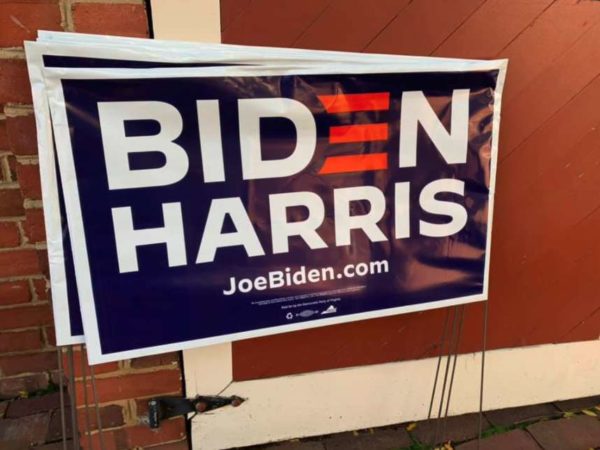 A number of Alexandria residents with political signs supporting Democrat Joe Biden for president have received disturbing anonymous letters in the mail stating that Biden is a pedophile, and that anyone who votes for him is condoning pedophilia.

“You may have preciously heard about or seen video clips/photos documenting Joe Biden’s ‘sniffing’ obsession,” reads a typed letter from ‘A Concerned American’. “It’s likely you thought he was creepy, but laughed it off. But have you actually watched the videos of Joe Biden inappropriately kissing, groping, and even grinding (yes, grinding) on small children?!”

The letter continues, “I assume you don’t support pedophilia — no normal person would. But, if you’re rooting for a pedophile to be the next leader of the free world — despite the videos — I hate to say it, you do condone pedophilia and the inappropriate touching, and groping of small children.”

One Alexandrian who has two Biden signs in their front yard received the letter in the mail on October 25. The letter has a Northern Virginia postmark and no return address. The resident said a number of neighbors with Biden signs have also gotten the same letter.

“I voted long ago by mail like most people,” the resident told ALXnow. “This would never deter me from voting.”

Clarence Tong, chair of the Alexandria Democratic Committee, is advising residents who receive the letters to contact the Alexandria Police non-emergency number at 703-746-4444.

“This is very disturbing,” Tong said. “We encourage anyone who receives harassing behavior like this to report it to the Alexandria Police Department.”