The four-story, three part development at 1300 King Street could be finished by this time next year, according to a partner in the joint venture.

The former homes to Pines of Florence and Aftertime Comics at 1300 and 1304 King Street (at the corner of S. Payne Street) are now shells of their former selves. The buildings were erected in the early 19th century and are in the process of being restored by developers The Holladay Corporation and The Foundry Companies.

Additionally, the partners are building a 31-unit apartment complex next door, complete with ground floor retail and below grade parking. The project will add about 6,000 square feet of new street-front retail to King Street.

“We expect it to be complete this time next year, or a little later,” Rita Bamberger, senior vice president at The Holladay Corp. told ALXnow. “It’s fair to say that these development projects take a long time.”

The Holladay Corporation’s most recent development in Alexandria was in 2012, with the Printer’s Row town house project in Old Town North. 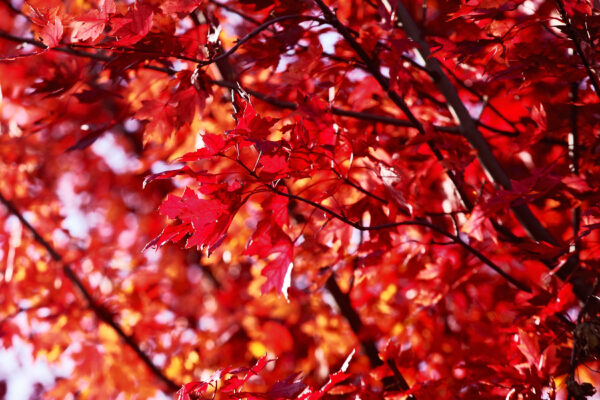 Safeway donates to ALIVE! — “This morning, [the] Safeway Foundation presented ALIVE! with a $9,159.38 grant to ensure children in the City of Alexandria, VA have access to a healthy breakfast this fall 2021. [ALIVE!/Twitter]

Rail Magazine gives positive review to Yellow/Blue Line Metro experience — “Heading down to ALX via National Airport on the YL/BL… IMO, DCA is the most accessible U.S. airport by transit in terms of convenience to the metro area & distance from gate to train. [Rail Magazine/Twitter]

Kismet to host grand opening this week — “Honored to stop by and cut the ribbon to formally open Kismet Modern Indian in Old Town!” [Justin Wilson/Twitter]

Plans to convert a North Old Town office park into a mixed-use space are headed to city review early next year.

TideLock Property Owner, LLC is looking at turning the Tidelock office park at 1033, 1055 and 1111 N. Fairfax Street into mix of residential and retail development. Plans submitted to the city indicate the developer is looking to convert the existing space and add new density rather than demolish and rebuild.

Initial plans unveiled last year indicated that the developer hoped to connect the property more to the Mount Vernon Trail and offer a music venue that could be a “mini-Wolf Trap” for the area, Alexandria Living Magazine reported.

The application is scheduled to go to the Planning Commission at a meeting on Tuesday, Jan. 4. 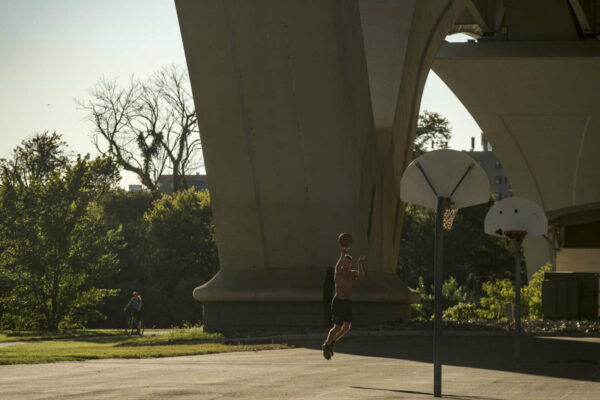 Contaminated Legacy: From slave plantation to industrial pollution, a hidden history of North Old Town — “The land where the power plant is now located was once a slave plantation owned by the first rector of Christ Church, Townshend Dade. In the 1920s, the area experienced rapid industrialization. The American Chlorophyll Company set up operation on the spot where the power plant would later locate the coal pile. And the Potomac River Clay Works had an operation on what is now the parking lot of the power plant. Neighbors in North Old Town say they want all that contaminated soil cleaned up rather than capped in place and left where it is, a common way to deal with these kinds of heavily polluted sites.” [Gazette]

Alexandria Symphony Orchestra opens fall season — “So thrilled the @Alex_Symphony is back, live and in-person at the Schlesinger Center! Live music is back, masked and vaccinated and better than ever!” [Twitter]

New job: Alexandria haunted pub tour guide — “We specialize in performing haunted pub tours. Think ghost tour combined with Pub Crawl and there you have it. Our website is www.NightlySpirits.com and we are currently looking for tour guides to work 2-3 days per week, but possibly more depending on the season. Our pub tours operate Wednesday-Sunday evenings, so you must have evening and weekend availability. Tours run roughly 3 hours. We are looking for exciting, life-of-the-party tour guides. If people find you boring, don’t bother applying. You also must be able to learn quickly, memorize a script and ACT IT OUT, as well as be able to interact with the group. Typically our tour guides have worked in a bar/restaurant or have some acting skills as well as the ability to herd cats.” [jobshq.com] 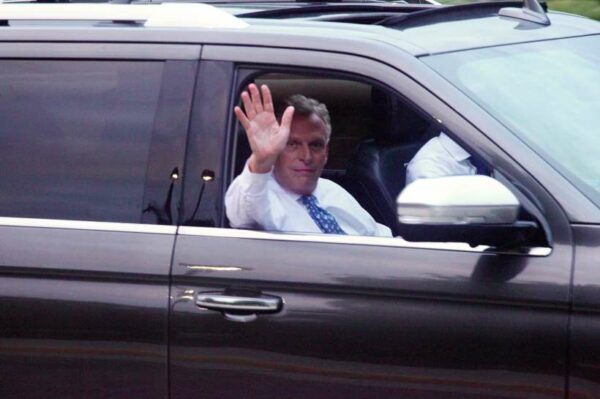 McAuliffe, Youngkin unload in feisty final Virginia debate — “Terry McAuliffe and Glenn Youngkin bickered their way through the second and final debate of Virginia’s competitive governor’s race on Tuesday, trading attacks and accusations from the start of the hourlong meeting.” [Politico]

Here’s a list of great walks in Alexandria — “Known for its walkable lifestyle, Alexandria is a city best experienced on foot.” [Visit Alexandria] 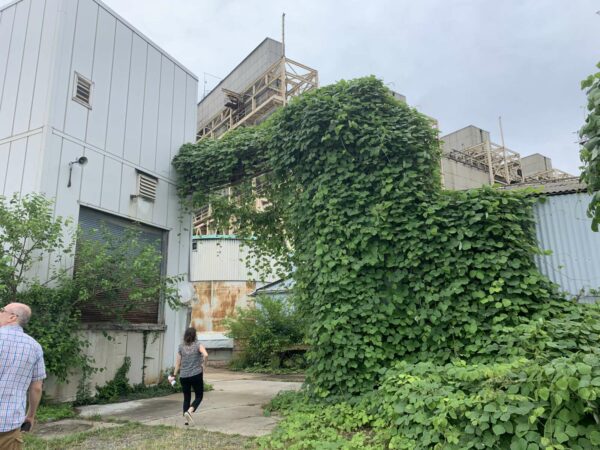 There is lots of new development coming to North Old Town, and for locals interested in getting to know the area more, the North Old Town Independent Citizens Association (NOTICe) is planning a tour of what’s coming up.

The tour is scheduled to run from 5:30-7 p.m. on Thursday, Sept. 23, followed by a social hour at the North Old Town location for St. Elmo’s Coffee Pub (529 Montgomery Street) from 7-8 p.m. The tour is self-guided but representatives will be on-hand at each of the locations to provide information on what’s planned.

“[NOTICe] is sponsoring a development tour of the neighborhood, featuring seven stations giving participants the opportunity to speak directly with the developers and marketing organizations for seven projects,” the civic association said in an email.

Tours will be offered at: 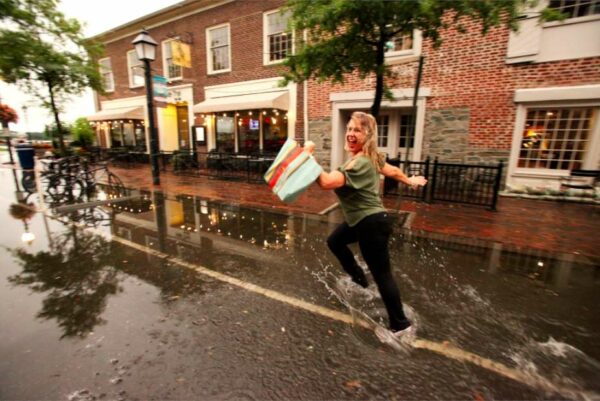 0 Comments
News
A man was arrested for domestic assault and battery after a June 23 incident in Old Town North. (via Google Maps)
Previous Image 1/2 Next Image

A 24-year-old Alexandria man was arrested last week and released on bond after allegedly beating his ex-girlfriend with a chain and his fists in Old Town North, according to court records.

Herman Stitt was arrested Aug. 20 and released on bond the same day after allegedly fighting with his ex-girlfriend at her home at Alexandria Redevelopment and Housing Authority property in the 800 block of Montgomery Street in Old Town.

The incident occurred at around midnight on June 23, and police found the victim crying with injuries to her face and right eye, according to a search warrant affidavit.

The victim told police that Stitt pushed her to the ground, possibly knocking her unconscious.

“When she woke up, she stood up and Mr. Stitt proceeded to punch her in the face approximately 10 times with a closed fist,” police reported in the search warrant, adding that the victim claimed Still beat her with a broken-off metal chain from her purse strap. “(The victim’s) injuries included a burst blood vessel in her right eye, cuts on her lips and chin, an abrasion on her right knee and welts across her right shoulder and back, in the shape of a chain.”

Police said that Stitt, who has an extensive criminal record, is a known member of the Alexandria-based Mob 4 Life gang, which is responsible for area violence over the last several years. 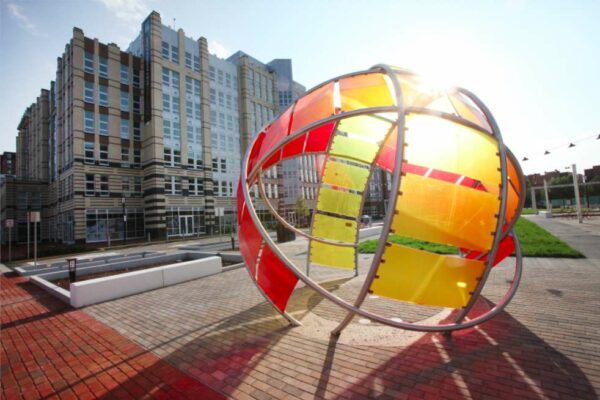 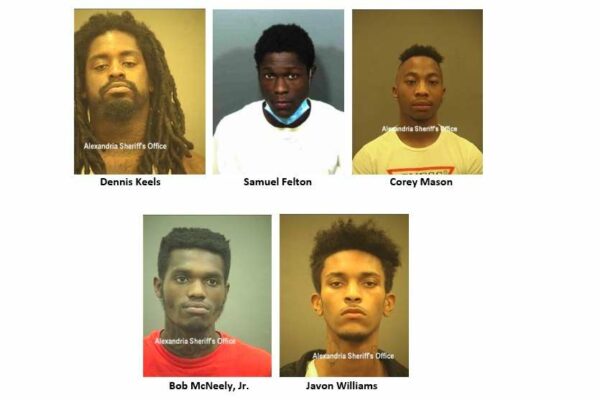 Five Alexandria men have been arrested and charged with attempted felonious assault by mob after a shots fired incident in Old Town North on July 21.

No one was injured in the incident, which occurred at around 6:35 p.m. in the 800 block of N. Henry Street in the Parker-Gray neighborhood. Multiple buildings were struck during the incident.

Earlier this month, police also found a firearm inside a gray Honda Accord that Felton and Mason allegedly drove, and which is in police possession.

Alexandria has wrestled with an uptick in shootings in the area since last year, even going so far as to ask residents for help in identifying suspects. The area where the shots were fired is near the Braddock Road Metro Station, Alexandria Redevelopment and Housing Authority properties and the Charles Houston Recreation Center.

The incident was investigated by Alexandria Police, with help from the Prince George’s County Police Department and the U.S. Marshall’s Capital Area Region Fugitive Task Force.

THIS JUST IN! APD announces arrests in shots fired incident on N. Henry Street in July.