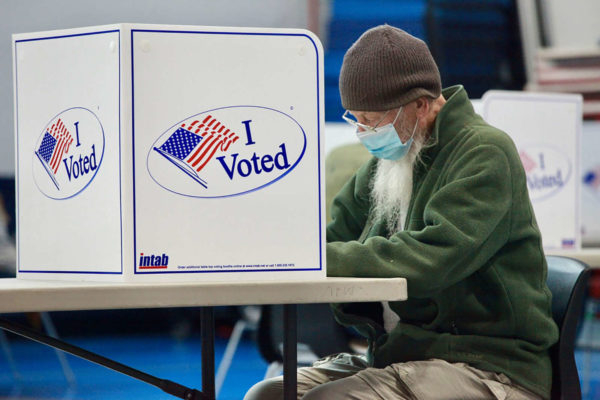 It was a historic week in Alexandria.

Out top story this week was election-related. It turns out that before election day several Alexandria households with Joe Biden signs were sent letters with a Northern Virginia postage mark stating that Biden is a pedophile. The Chair of the Alexandria Democratic Committee advised that anyone who receives such notes should call the police. The police, in turn, are sending along the information to the U.S. Postal Inspection Service.

Additionally, 91 people participated in our weekly poll. This week we asked about election night plans, and 65% of respondents said they were staying home to watch the results, 24% had no eleciton night plans, 10% planned to protest that evening, and 1% were going to an election night event.

Alexandria City Public Schools were back in action this week — sort of. While the ACPS opened in-person classes on Thursday, fewer than 10 students made it to class. There were about 60 students eligible to go back to school, since only kids with kindergarten through second graders with disabilities were allowed to attend Jefferson-Houston PreK-8 IB School.

It was the first in-person public schooling in Alexandria since the pandemic shut down schools in March. ACPS plans to expand opening for all citywide special education students by December. Meanwhile, however, hundreds of parents want the school system to open and have started the #OpenACPS messaging campaign.

Also in school news, a two-year-long court battle was settled with the city and 15 Alexandria homeowners were settled regarding the addition of stadium lights to Parker-Gray Stadium at T.C. Williams High School.

The Week in Crime

The week started with news that there were two shootings in Alexandria over the weekend.

The was also the story of a 17-year-old on the run since last month after allegedly stealing a car in the West End. The juvenile, who later admitted stealing the car, was seen by the victim — a federal law enforcement officer — driving past his house, and the victim got into another of his cars and followed the suspect. The victim got the juvenile out of his car and held him at the scene until police arrived, and the juvenile left the area after being charged.

We also covered the story of the ‘Beltway Bank Bandit’. Freddie Lee McRae, 34, of Washington D.C., pleaded guilty to three counts of brandishing a firearm during a series of bank and shoe store robberies in and around Alexandria in 2018 and 2019. He will be sentenced on February 23, 2021, and faces up to life in prison and a mandatory minimum of 21 years in prison.

As of Friday there were 76 deaths attributed to the coronavirus in Alexandria, and the case count stands at 4,444, according to the Virginia Department of Health. Latino residents continue to lead the case count.

We also reported that longtime Del Ray staple, Al’s Steak House, is for sale since the owner passed away.