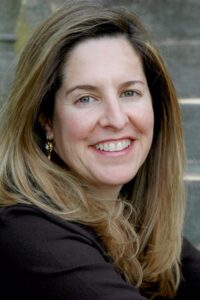 Former Mayor Allison Silberberg very publicly didn’t plan on running against Mayor Justin Wilson in the Democratic primary, but as weeks slipped by and no other challenger came forward — and Council Member Mo Seifeldein dropped out — Silberberg said she felt she needed to step up.

Three years after Silberberg lost her reelection bid to Wilson, she’s back to reclaim the position.

“I couldn’t just stand by and watch our city put at risk by destructive policies of our current mayor,” Silberberg said.

Wilson has racked up several endorsements from current and former members of city leadership, including other City Council members and state legislators, but Silberberg said she isn’t particularly worried by that. Silberberg said in the last week, her campaign has raised over $64,000, while Wilson recently announced that he raised $90,000.

“I’m not concerned,” Silberberg said. “In many cases, that’s the old guard. I’m honored to have support form people across our city. We’re at a crossroads in our city. I’m a person who gets things done and I listen to people.”

Silberberg’s list of objections to Wilson is, beyond a “greatest hits” of concerns that have emerged from local advocacy groups like Bring Integrity Back to Alexandria, an extension of many of the same battles Silberberg fought with Wilson on when the two were locked in opposition during her tenure as mayor.

Silberberg said some of the biggest issues fueling her campaign are:

Some of the reversals could be a challenge. City staff recently laid out the costs to alternatives to the Taylor Run Stream Restoration the city could be required to pursue to keep up with its Chesapeake Bay Watershed credit requirements.

Silberberg  is dubious of staff’s claims.

“Staff, with all due respect, seems to be inflating or misrepresenting the costs for alternatives,” she said. “We need to have all that vetted openly and discussed.”

Silberberg said she was also surprised and frustrated that staff hadn’t tested the soil at Taylor Run before committing the city to funding the overhaul.

“Nobody on the city staff, and they admitted this, that they hadn’t tested the soils at Taylor Run,” Silberberg said. “Someone on their own volition hired a highly regarded laboratory, tested the soils, and it came back with negligible amounts of phosphorous, that’s one of the driving forces. So basically the city admitted that they were basing their analysis and conclusions on a generic version of soil samples in a whole other region. That’s not how we want to do analysis when it comes to a treasured spot in the city.”

Taylor Run, along with some of the other issues, go back to what Silberberg sees as a recurring problem with transparency and ethics in city leadership. Silberberg and Wilson have clashed over issues about ethics for nearly a decade, including a protracted battle over a proposed ethics pledge in 2016.

“We must restore integrity and transparency and adopt meaningful ethics reform,” Silberberg said. “That is certainly a top ethics reform, and we need a leader with demonstrated record of truth, transparency and ethics, and I am that leader. I led with an ethics initiative, and the person who led the effort to water that down was then Vice-Mayor Wilson. We did accomplish some goals, but didn’t go nearly as far as what I wanted.”

Silberberg argued that information that came to light from public Freedom of Information Act requests, and later printed by the Alexandria Times, not only showed that there were behind-the-scenes discussions on issues like Seminary Road and the Potomac Yard southern entrance that the public should know about, but also that there was too much information in those that was redacted.

“Some of the lines that weren’t redacted, which wasn’t very much, showed that he distorted the truth or lied and misled the public,” Silberberg said.

“In addition to that, they must have details in order for the Council and community to consider it,” Silberberg said. “When grants come up for Council’s consideration, there must be specifics in those applications.”

Silberberg also targeted on one of their last major conflicts on the bench, dedicated funding in the city budget for affordable housing development. At the time, Wilson opposed dedicating a portion of funding to affordable housing without more specifics on what that funding would be used for.

“I’m a staunch advocate for affordable workforce housing,” Silberberg said. “We tripled the dedicated funding housing fund while I was Mayor. Then Vice Mayor Justin Wilson led the fight to defeat that… He stated repeatedly that he opposes all dedicated funding for everything. We’ve lost so much affordable housing through the years. You cannot allow something like affordable housing funding to go up against bigger priorities — it’s like going up against Mr. Munster in the school yard if you’re a 4th grader. You have to protect the vulnerable.”

It’s an issue that’s resurfaced as the city tries to work towards preserving affordable housing in the Arlandria/Chirilagua area as gentrification from Amazon threatens regional housing prices.

“I am very protective of the sense of community in Chirilagua,” Silberberg said. “I stood shoulder to shoulder with Casa Chirilagua as a volunteer and doing mask distribution. I’m in awe of all that they do. The neighborhood of Chirilagua is very important to our city and they do have a lot of market rate affordable housing. We have to preserve and protect our affordable housing… One of big things in talked about in the housing task force was a lack of funding — so we tripled the dedicated funding for affordable housing. It’s a financial issue, so we need to preserve and protect, but also to invest money for preservation. With that money that we tripled, now it’s more doable.”

“I sincerely wish that the mask mandate had happened well before October 1,” Silberberg said. “They didn’t take action in a proactive way regarding that. I think the city, in terms of going online and having Zoom meetings, that was good shifting. Cities across the country, this is what everyone was doing. Everyone had to shift very quickly.”

While local businesses suffered under the pandemic, Silberberg said it reiterated that striking down the proposed BID from a few years earlier in Old Town was the right call.

“So many business contacted me when I was Mayor and said why proposed BID tax would hurt them — while I was mayor, we added some funding for city to take care of much of the proposal and activities that the BID tax would have funded,” Silberberg said. “I think it was the right decision, as we can see. Businesses are really struggling, could not imagine a BID tax. So many hanging by their fingernails would have been so badly impacted by BID tax. My opponent was totally for it, and it was very anti-business. I’m so glad that that was withdrawn. The city needs to take care of those goals.”

One of the few areas where Wilson and Silberberg overlap is on the need to put more students back into schools as soon as possible.

While much of Silberberg’s term as mayor was defined by 6-1 votes, Silberberg said a different City Council (over half the city council, will be made of new members after the November election) could help her be more effective.

“Every Council is different,” she said. “I am so proud of the numerous accomplishments, massive accomplishments, that we achieved while I was Mayor. We tripled dedicated funding to affordable housing fund, tackled critical infrastructure, led approval of long delayed plan for outfalls. Wilson did not want us to address that because, as he said repeatedly, that we don’t need to address the fourth outfall at Oronoco because we had a permit. I don’t think that’s a good enough reason — now we’re addressing all four. I’m proud of that… My vision for the city differs from my opponent. We have differing visions for the city.”