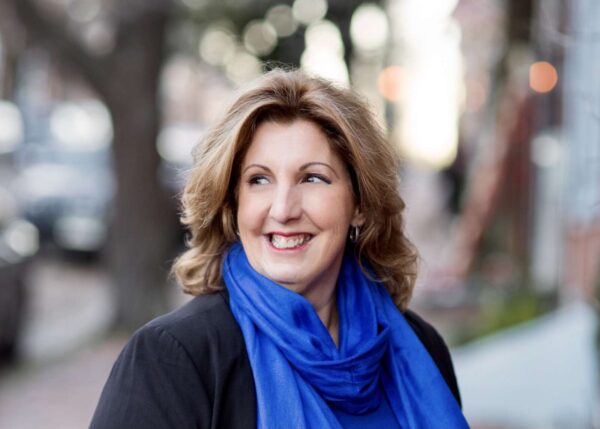 Even from the dais, City Council member Amy Jackson says there are things that happen in the inner workings of government that fly below her radar.

“I feel that, again, our city has some transparency issues that I know I’ve been well aware of since seeing FOIA (Freedom Of Information Act) documents where I’m like, ‘Oh, that’s interesting. That’s the first time I’m seeing that too,'” Jackson told ALXnow. “The community is well aware that there are problems. I hate to be the one saying, ‘We need more meetings,’ but I also think we need to have more honest communication.”

With at least three of the six spots on the City Council guaranteed to turn over and a competitive race, Jackson said she’s hopeful some things can turn around.

One of the changes Jackson hopes for is taking the improvement in the working relationship between Alexandria City Public Schools (ACPS) and city staff to a more public level.

“The city manager and superintendent tout that they have one of the best working relationships on record between our schools and city,” Jackson said. “I think that’s great and I think we’ve made some headway because of that relationship and partnership. The flip side is: the rest of us aren’t in the room when they’re discussing things, so we hear about it second hand. So the message seems to get lost in the translation.”

Jackson said it’s the kind of miscommunication that can cause friction between the boards: like when Jackson took ACPS to task over concerns that demolition at MacArthur Elementary School hadn’t happened nearly a year after it was initially approved. School Board members and Superintendent Gregory Hutchings later pushed back against the criticisms, saying the project is on schedule to open in January, 2023.

“Council gave approval for the demolition last September,” Jackson said. “It was supposed to come down. So when I’m on the advisory committee and it had already happened that, before COVID, when schools came in front of us — they were saying they were $5, $6, $7 million over budget for the new MacArthur. Look, I got egg on my face, because we’re all in those meeting’s asking about the budget and we’re told everything is hunky-dory, then we go into the meetings and everything is different than it was in a meeting a week ago.”

Part of the change in that relationship, Jackson could say, is a little closer oversight on the City Council part over how ACPS spends its budget.

“This is where the City Council says ‘okay, this is your budget, this is what you asked for’ and even this year we give them what they ask for, but the problem is we don’t ask the ‘how are you going to spend out money,'” Jackson said. “We see some of the budget but we don’t see the line items. It’s like a parent-child relationship that you’re trusting what they’re going to use the money for, but it doesn’t seem like there’s a lot of community outreach for the School Board. When it comes to the city council — there’s an element of ‘go talk to your school board’ but I’m hearing from the community that they’re trying to do that, asking questions, but they’re not getting anything.”

But Jackson says the need for the city to open up more to the public extends beyond just the relationship with ACPS. Jackson said the Taylor Run controversy shows the city should also overhaul some of its internal processes, like her recent push to have grant items moved from the consent calendar.

“We also need to look at our environment and streams… and it goes back to transparency and outreach,” Jackson said. “You might have had something happen five years ago with plans and outreach, but we have turnover. We have different people here now in the last couple of years that maybe didn’t have that say in what they wanted to see happen. Now there’s more talk and more community engagement. We’re blessed to have a city with a lot of experts and people who want to be a part of the decision making process.”

While Jackson has garnered some support from Alexandrians who rallied against increases in density and incumbent city leadership, Jackson has also broken from the mold time to time — including a recent vote in favor of The Heritage project that attracted its own controversy. Jackson said The Heritage was an imperfect project that still offered the city too much to turn down.

“It is a large complex that is going to go there,” Jackson acknowledged. “I did vote for it because, honestly, I’m still a proponent for affordable housing. We still have to get that someway, somehow. If the city had to put hardly any money into this project and the developer is doing this for us… it’s 55 affordable units. We’re not going to get that with any other project coming forward. That was a pot of gold at the end of the rainbow. I can’t say no to that.”

Jackson said the City Council did direct staff to do more traffic studies on the area and to review the effect of the project on schools and that she personally followed up with City Manager Mark Jinks to emphasize the need to keep an eye on the impacts.

She found more support not long after in opposing the Braddock West project. Though the various opposing votes — Jackson, Canek Aguirre, John Chapman, and Mo Seifeldein — all had separate reasons for opposing the project, they found common ground in agreeing that it wasn’t ready for approval. For Jackson, it was concerns raised by neighbors that the new project would over-stress an area that already notably struggles with stormwater issues.

“I was pleasantly surprised that it was a 4-3 vote in the end,” Jackson said.

If reelected, Jackson said much of her next term would involve dealing with the aftermath of COVID-19 on the city. As for the economy, she said that will involve trying to offer more incentives to small businesses and leaning harder on the city’s tourism appeal.

“We need to make tourism great again for us,” Jackson said. “We want to make lower King a pedestrian experience for us. Timing is everything. That pedestrian experience on King didn’t work 15 years ago, but now we opened it, and that’s exactly what we need — the space to move and feel safe as we are reopening.”

She also said it means careful allocation of state and federal resources to local nonprofits and areas most in need.

“We have to continue to encourage people,” Jackson said. “We’ve done an amazing job as a city. I have the highest regard for everyone who has worked through this. It’s been tough, that’s no lie. The word of the year is pivot. I think we’re going to be okay, but stuff is going to look different.”