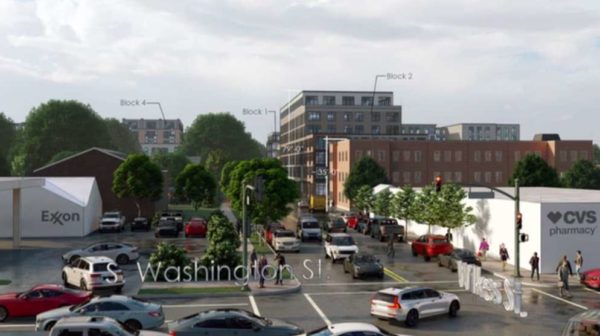 Old Town residents have banded together against what they say is overdevelopment with the planned construction of the 750-unit, seven-story Heritage apartment buildings.

Made up of more than 80 neighbors, the Citizens Association of the Southwest Quadrant (CASQ) launched a website, sent emails to news organizations and created an online petition against the development, which they say will result in hundreds of additional vehicles on area streets, affect property values and destroy the historic charm of the area.

“CASQ is launching an aggressive public information campaign to fight the City’s initiative in the Old and Historic Alexandria District which is the third oldest urban district in the United States after Charleston and New Orleans,” the group said in an email. “Specifically, we will urge the City to require the developer to redesign the project, and significantly scale down its building height.”

The project, which was sent back to the developer in June and September for lacking an Old Town aesthetic, is set to go before the Planning Commission once again on Tuesday, Feb. 2, followed by a City Council decision on Feb. 20. New York-based property owner Asland Capital Partners wants to replace the four-story 1970s-era buildings in southeast Old Town  along South Patrick and North Washington streets.

Mayor Justin Wilson said there is no question that the development is a tradeoff to increase density in exchange for furthering the city’s affordable housing goals. The plan preserves all existing 140 housing assistance units on-site and would add 48 units.

Image via Citizens Association of the Southwest Quadrant