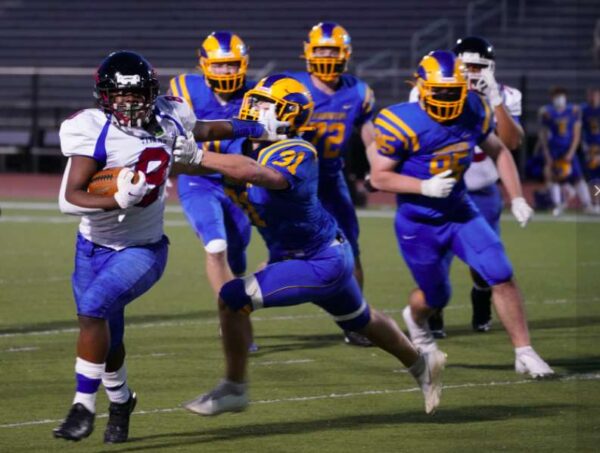 It was a historic week in Alexandria. Here are some of the highlights.

President Joe Biden visited the Neighborhood Health COVID-19 vaccine site at Virginia Theological Seminary on Tuesday, just before announcing that the date for adults to get access to the vaccine has been moved to April 19.

The Alexandria School Board, on Thursday night, voted to change the name of T.C. Williams High School to Alexandria City High School.

The School Board also voted unanimously to reduce the distancing requirement in ACPS schools from six feet to three feet, all the while community support is growing to expand in-person instruction to more than the current two days a week. Summer school is currently planned to begin in July and will be four days a week, and ACPS is planning on reopening to five days a week at the beginning of the next school year.

Our top story was on the T.C. Williams Titans junior varsity football team walking off the field after an incident with the Robinson Rams on Monday night. Robinson Rams players allegedly spit at and made a racial slur against T.C. players. The incident has prompted Fairfax County Public Schools to announce a “stand-down” meeting for all athletic teams and coaches to discuss “appropriate behaviors required to play sports in FCPS.”

Additionally, six Alexandria Police officers were placed on administrative duties after a chase suspect died while in custody. Police responded to a call for shots fired in the 800 block of North Patrick Street, and multiple buildings and vehicles were struck. The driver of the vehicle crashed on Interstate 295, and then jumped over an overpass barrier and fell more than 20 feet and was tased by police, arrested and later died.