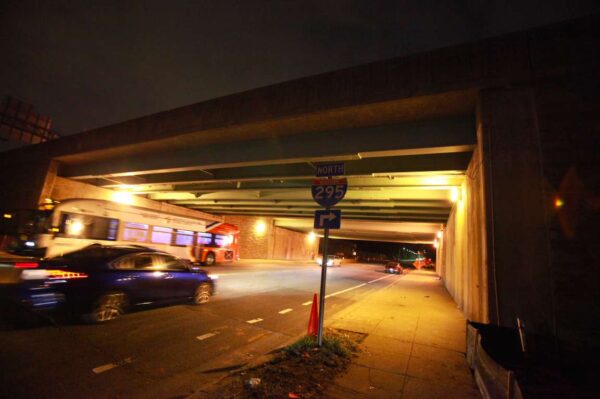 Six Alexandria Police officers have been placed on administrative duties as an internal review continues on the in-custody death of a suspect after a chase on Tuesday night.

Multiple buildings and vehicles were hit by bullets in the 800 block of North Patrick Street on Tuesday night, and police chased the suspects all the way to Interstate 295. The driver of the vehicle crashed and then jumped over an overpass barrier and was tased by police, arrested and later died.

The identity of the dead man has not been publicly released.

“While attempting to take the driver into custody, a U.S. Park Police officer deployed an E.C.D. (Electronic Control Device),” APD said. “Several Alexandria Police officers assisted the effort to take the driver into custody. The driver was conscious and breathing when the ambulance arrived. The driver lost consciousness in the DC Fire & EMS ambulance and was pronounced dead by medical staff at the hospital.”

The Metropolitan Police Department is handling the death investigation.