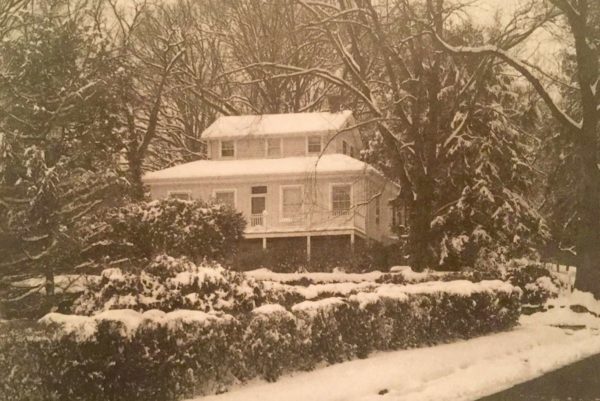 A subdivision that could lead to the demolition of a 19th century Alexandria home got its recommendation of approval from the Planning Commission Thursday night, but included a Death Star exhaust port-type hole that could blow up the process down the road.

The owner of the house at 506 N. Overlook Drive is seeking a permit to adjust the property lines for two parcels on the site, the first steps toward what will eventually involve tearing down the house on the property.

The home was built in 1878 by Hampshire Fractious, a freed Black man who lived in the city sometime in the late 19th century. Not a lot is known about Fractious, and much of the historical legends that came up about the home over the last few months have little basis in reality (Walt Whitman has no known connection to the house, for instance).

The house is not listed on the city’s register of properties over 100 years old, but staff said that was in large part due to a timing issue several years ago when one of the pervious owners had attempted to go through the paperwork to have that designation applied, but it was never finalized.

The applicant noted in the meeting that much of the interior of the house had been gutted and overhauled within the last ten years.

“The interior been completely gutted and redone about 10 years ago,” said Zachary Williams, an attorney for the applicant. “There’s nothing original inside the house. If there was any historical significance it was erased long prior to our owning the property.”

But neighbors said all they’re asking is to see whether or not the house is as historic as is claimed before plans for demolition move forward.

“This house may be one of the only post-Bellum residents built by Black residents still standing,” said Charles Kent, past President of the North Ridge Citizens’ Association. “We’re asking for city staff to access before irreversible changes are made.”

While staff argued that the historical aspect of the house couldn’t be considered as part of the subdivision request, Planning Commission member Dave Brown led the ultimately successful push to include a requirement in approval that historical analysis experts in city staff be given access to the property to make an assessment and determine the historic value.

Brown’s core argument was that subdivision requests can be denied if there’s potential to harm neighbors, and approving a subdivision without knowing more about the historic value of the house could be a detriment to the neighborhood.

Brown included access to the house as condition for approval, saying that if the analysis by staff found that there was little left to preserve then there weren’t any grounds for deny the subdivision request when it reached City Council. But if the analysis came back saying there was historical value, then it was an issue the City Council could address with more awareness and understanding of what was being discussed.

Brown’s motion, and the recommendation of approval with his condition added, were both unanimously approved by the Planning Commission.