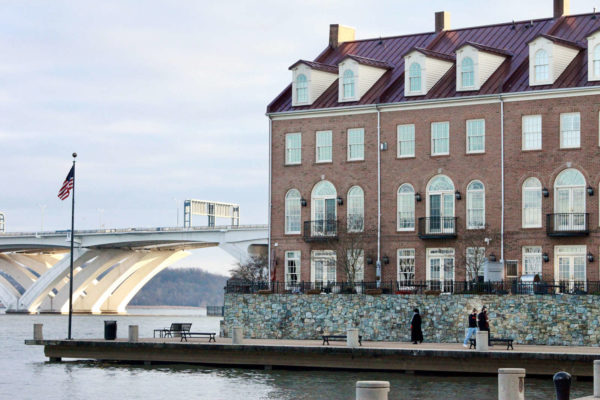 Beyer Asks for Pause After 500,000 COVID-19 Deaths — “500,000 Americans have now died from COVID-19. Every one of them was a person with a story, friends, a family. It’s a tragedy that’s too large to comprehend, but we should take time today to think about them, and strengthen our resolve to do all we can to end this awful pandemic.” [Twitter]

Eviction Moratorium Extended to March 31 — “The CDC moratorium on residential evictions has been extended thru March 31. If you received an eviction notice, call the Office of Housing at 703.746.4990.” [Twitter]

Howard Hughes CEO Excited About Landmark Mall Future — “O’Reilly broke his silence about Landmark in an interview with the Washington Business Journal after being named the company’s permanent chief executive in December. He stopped short of calling the project a done deal, but he believes Howard Hughes has assembled a strong team with Inova, developer Foulger-Pratt, architect Cooper Carry, and Seritage Growth Properties (NYSE: SRG), the real estate entity spun out from Sears Holdings Co. that owns the old Sears store at Landmark.” [Washington Business Journal]

Community Group Hosting Taylor Run Stream Presentation — “Learn more about stream restoration from environmental experts and residents who have been studying the Taylor Run project for more than a year and hear what we think should be done to restore Taylor Run, protect Chinquapin Park, and help the Bay.” [Environmental Council of Alexandria]

The Chamber ALX Women’s Forum is March 11 — “After almost a year full of the unexpected and the unprecedented, this forum will bring together women at all stages of their careers for an interactive discussion filled with inspiration and insight, centered around this year’s theme of resiliency, and learning how to find the opportunities amidst the challenges.” [The Chamber ALX]

New Job: Front Office Agent — “And just like our hotels, no two colleagues are the same. So we’re curious about you. How will you inspire the eclectic rhythm in our hotels? How will you bring the local neighborhood story to life? At Hotel Indigo® hotels, we’re excited to meet spirited characters who can delight the most curious guests.” [Indeed]