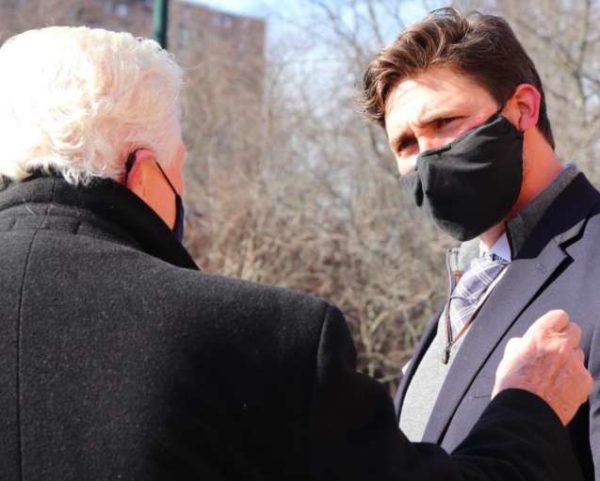 Moran has yet to file his paperwork with the city registrar to run as a Democrat in the June 8 Democratic primary.

“After years of watching, months of thinking, weeks of consideration, days of planning, and 12 hours of watching Alexandria City Council in action today, I am very proud to announce my candidacy for Alexandria City Council,” Moran wrote. “I don’t take this lightly, as the issues our city faces are critically important for the health, safety, and livelihood of our community.”

Moran’s father, former Congressman Jim Moran, was first elected to City Council in 1979, and became Alexandria’s Mayor from 1985 until his election as Congressman for Virginia’s 8th District in 1990. He left office in 2014.

The younger Moran, who graduated from Yale University in 2011 with a bachelor’s degree in political science, became the subject of controversy in 2012 for being charged with simple assault after a fight with his then-girlfriend, and then resigning as field director from his father’s Congressional reelection campaign after talking about the possibility of voter fraud with an undercover videographer.

Moran has since gotten married and has a child, and is the founder of an environmental policy consulting company and a landscape design firm, Tactical Land Care. From 2013 to 2018, he was also the executive director of Fitizen, a wellness firm dedicated to teaching personal trainers wholistic health techniques.

“In local government, issues must be resolved quickly and thoughtfully,” Moran wrote. “We are after all the closest to the issues at hand. City Council can cut across political lines. Its business is about neighborhoods and the neighbors that make them up. It’s about planning for the future and making critical investments that protect tomorrow.”

There are three seats being vacated in this election cycle for the six-person Council. Moran joins the following list of candidates:

Photo via Patrick Moran for Council/Facebook