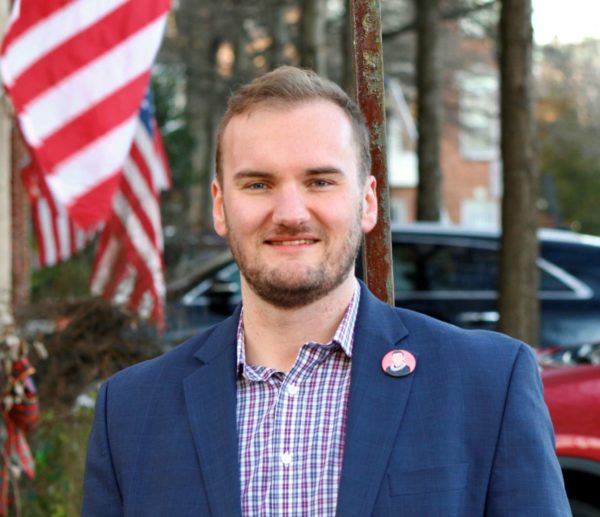 James Lewis, a longtime democratic staffer on Capitol Hill, has joined the race for the Alexandria City Council.

The 33-year-old democrat has lived in Alexandria for more than a decade and is the vice chair of the city’s Traffic and Parking Board. He filed his statement of organization on Thursday, according to the city’s registrar of voters. He will also soon launch a campaign website, he said.

“I think we can find ways to be a green city to get to zero carbon emissions, to restore our waterways,” Lewis told ALXnow. “We can do the right things in a way that engages everyone, and I’m a collaborative team leader.”

He joins a number of new candidates running for open council seats seeking the democratic nomination in the primary on June 8. There are now only three sitting City Councilors seeking reelection — John Taylor Chapman, Amy Jackson and Canek Aguirre.

Lewis, the former president of the Virginia Young Democrats from 2017 to 2018, got a degree in biology from the College of William & Mary, and received a master’s degree in strategic studies from the U.S. Army War College. He got a new job this year heading up government affairs for the American Society of Consultant Pharmacists in Old Town. Before that he spent more than six years working for members of Congress, as communications director for Rep. Robin Kelly (D-IL) and Rep. Barbara Lee (D-CA).

Lewis, who opposed the Seminary Road diet, says that there is a disconnect between city staff and residents concerning big projects, and that residents need more say on development projects in the city.

“The way that the city does business, or at least is perceived to do business bothers a lot of people,” he said. “We need to be consulting every one of the stakeholders, and right now, I feel that in a lot of ways the average person who lives in the city doesn’t feel that’s happening.”

Lewis lives in the West End with his fiancé, Trevor Riley.