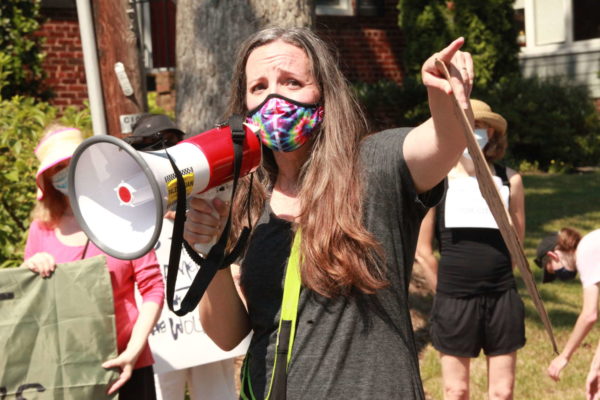 2020 was ALXnow’s first full year, having launched last fall, and we put together a list of the top stories to celebrate.

Around 12,750 residents and local businesses were left without power during a large power outage in October, one of several this year. The October outage covered Del Ray, Potomac Yard and Arlandria.

ALXnow breaking the story about the longtime Confederate statue’s removal didn’t crack the top ten list — it was number 16 — but a poll in April when it’s removal was authorized did. Those polled voted overwhelmingly that the statue should stay in place, with 4,247 votes favoring keeping it in place.

Ibrahim Bouaichi, the Maryland man suspected of murdering Karla Elizabeth Dominguez Gonzalez before killing himself, had been released on bond awaiting charges that he’d assaulted and raped Gonzalez. A GoFundMe for Gonzalez’s memorial service ultimately raised $11,596.

A woman fell from an overpass off Seminary Road and was declared dead at the hospital. The incident shut down traffic in the nearby area as police investigated.

Amine Ballafrikh was finishing up a workout video at Jones Point Park when he was harassed on camera and received racist threats.

Several Alexandrians who had posted signs supporting Joe Biden received anonymous letters claiming — without providing any evidence — that Joe Biden was a pedophile and anyone who voted for him was condoning pedophilia.

4. Customer Spits on Old Town Coffee Shop Owner and Vandalizes Store After Being Asked to Wear a Mask (29,229 views)

Abyssinia Market owner Lily Damtew was harassed and ultimately spit on by a person who entered, refused to wear a mask, and mocked Damtew for following required COVID-19 restrictions.

Mohamed Aly, a student at T.C. Williams High School, was arrested for the murders of Ntombo Joel Bianda, 21, and Ayanna Munne Maertens Griffin, 19. Earlier this month, Aly pleaded guilty to shooting both after they’d given him a ride to visit a friend in southern Virginia.

Police entered a full-day standoff in Potomac Yard after a woman opened fire on police. Police ultimately arrested a suspect around 3 a.m. after she fell asleep.

This summer, local activists — including City Councilman John Taylor Chapman — expressed outrage at the federal response to nationwide protests by rallying outside the Alexandria home of Department of Homeland Security Secretary Chad Wolf.