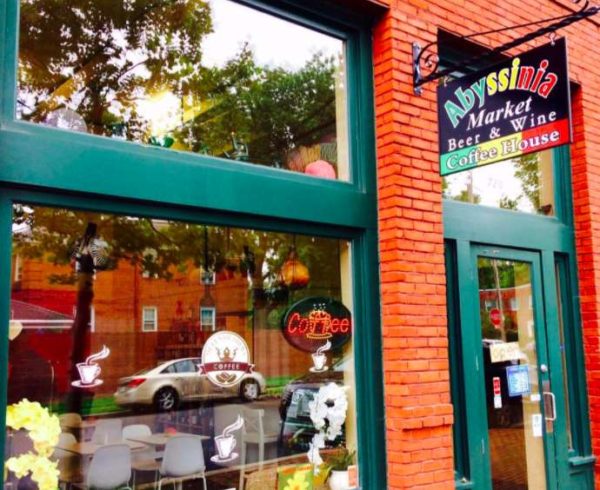 Abyssinia Market & Coffee House in Old Town had a promising reopening on Saturday, but the cafe has closed again after the owner said a white man came in on Sunday, spat on her and vandalized the store when he was told he had to wear a face mask.

Abyssinia Market owner Lily Damtew said Sunday was off to a good start after the first customer came in wearing a mask.

“Right after they left, another guy came in not wearing a mask,” said Damtew, who was wearing a mask and face shield at the time. “I told him that we have a sign on the door saying ‘Please wear a mask’ but he said, ‘No, I don’t have to wear a mask.'”

Damtew said the man started to argue, ranting about “you people” and using vulgarity. She reiterated that she wouldn’t serve him unless he wore a mask, and offered him a mask. The man then put the face mask on over his eyes and wandered around the store asking “Is this okay?” she said.

An executive order requiring use of masks indoors is still in effect.

“I told him I have a lot of seniors as customers, young kids, and I have a family at home,” Damtew said. “I don’t want to put them at risk. I told him, ‘It’s my business, and I have a right to ask you to leave, the right to refuse service.’ He went on and on about why it’s not necessary with ‘you people’ this ‘you people’ that. I was scared.”

Damtew told him to leave and, on his way out, she said the man spit at her.

“He spat on my feet and called me another B-word and F-word,” Damtew said.

She called the police and followed him up the street after she saw him turn onto Alfred Street. She went back into her store after the police told her to lock up. Then he came back.

“This guy came back with a bowl with some kind of food or something,” Damtew said. “He threw everything on my window and the tables outside.”

Damtew and some friends tried to clean as much as they could, but said there are still stains on the ground. That afternoon, Damtew said she was contacted by police and was told they arrested the man. Damtew said she is going to press charges.

“I’m pressing charges, ” Damtew said. “He shouldn’t have spit and he shouldn’t have gone back and vandalized property. We tried to bleach it but we still have stains on the ground.”

Abyssinia Market owner Lily Damtew said she’s keeping the store closed to recover and out concern for her safety.

“We’re not open today, I just don’t feel comfortable,” Damtew said. “He’s still in this neighborhood and I don’t know if he’s going to come back.  We’ve been there almost four years and never had any kind of incident. It’s shocking.”

It’s another blow to a local cafe that had been struggling with the costs of replacing equipment even before the pandemic forced the location to close in March.

Since the incident, Damtew said she’s been humbled by some of the support from her friends and neighbors.

A GoFundMe set up in January to help the store handle some of its new expenses is currently active and has raised $3,375. According to friend and patron of the shop, Joseph Kieffer, on the GoFundMe page:

Today, the Abyssinia Market is much more than a place to find the best tasting coffee and pastries in town; it is a vital part of the neighborhood that helps define what is best about a local community. Also, of note, it is a woman-owned small business. Recently, unforeseen equipment breakdowns and loss of a partner, as well as a need to create opportunities to serve the growing clientele, have placed Lily’s shop in an untenable position. Either find an immediate source of funds or close the doors. The friends of the Abyssinia Market and Coffee House have formed a team to save their favorite coffee house and support Lily as she has supported us. We hope to return the warm and enduring Ethiopian friendship shared with us in some small way by removing the business’s debt and funding the expansion.

ALXnow reached out to the Alexandria Police Department for information on the incident but the police report is currently unavailable.