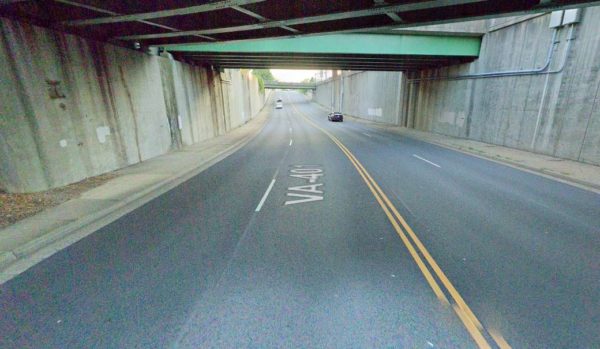 An adult woman is dead after falling off the Seminary Road overpass to Van Dorn Street in the city’s West End, according to Alexandria Police.

Police were notified that the woman fell off the overpass, which does not have a sidewalk, at around 5:15 p.m. She was declared dead at the hospital and her identity has not yet been released.

“It is unknown if this was accidental or if this was intentional,” Alexandria Police spokesman Lt. Courtney Ballantine told ALXnow.

The incident shut down the area of Van Dorn Street and Kenmore Avenue.