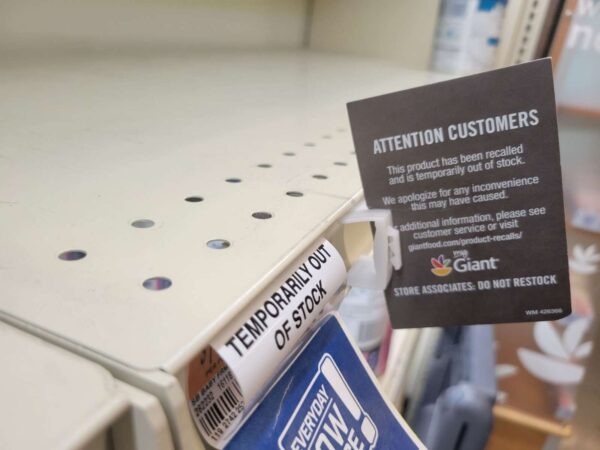 Alexandria parents should consider breastfeeding and using cow’s milk for short periods during the nationwide baby formula shortage, according to the Alexandria Health Department (AHD).

Those were just a couple of the department’s recommendations since the U.S. Food and Drug Administration’s recall of Similac, Alimentum and EleCare powdered infant formulas produced at the Abbott Nutrition factory in Sturgis, Michigan — the largest producer of infant formula in the country.

Four children got bacterial infections because of formula made at the Abbot plant and two children died. Now more than 40% of the country’s baby formula supply is now out of stock. The Abbot factory is now set to reopen in two weeks, and it will take up to two months for products to reach grocery store shelves around the country.

Many Alexandria parents have turned online to find baby formula, with one resident even creating the NOVA Baby Formula Finding Network Facebook group, which now has 2,200 members.

If no formula is available, the Alexandria Health Department recommends feeding your baby whole cow’s milk for short periods.

“If you are still pregnant but will deliver soon, please give extra consideration to breastfeeding,” AHD advised. “Most women can breastfeed, and you are likely to avoid the formula shortage altogether.”

AHD provided the following dos and don’ts if parents are struggling to find baby formula:

The new store replaced the La Latina Market at 5838 N. King’s Highway in the Huntington Station Shopping Center. The shop is managed by Pino Gibson, Jr., and it’s his only location.

The store is fully stocked, and is the only grocery store in the shopping center, which is located in the Jefferson Manor neighborhood of Alexandria in the Lee District of Fairfax County. They sell fresh meat, vegetables, spices, cheeses, snacks, canned food, and general grocery store items.

“We have spices from Africa, South and Latin America, the Caribbean and more,” the manager told ALXnow. “The prices are low and we haven’t had supply issues getting food.” 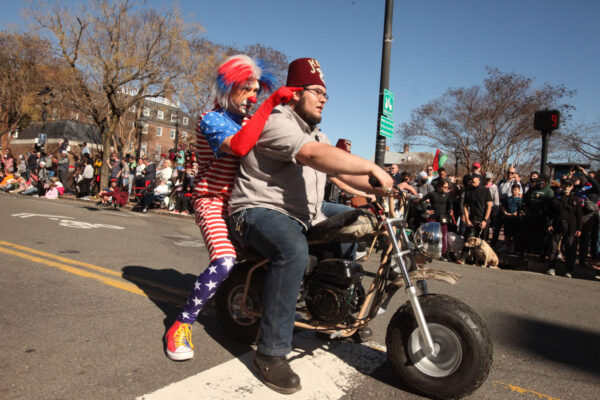 Another week down in Alexandria.

In terms of stories, this one was a little more optimistically defined by new openings. Wegmans announced its Carlyle location is opening in May, bringing an end to the area’s notorious food desert (the closest grocery stores are the Whole Foods and Giant on Duke Street). New smaller-scale shops are looking to move in as well, like a new wine and coffee shop coming to Old Town.

Wegmans Food Markets will officially open in Carlyle on May 11, and the grocery store is still hiring hundreds of employees.

Recruiting started in September for the new 81,300 square-foot space at 150 Stovall Street. The store is part of the massive mixed-use Carlyle Crossing development, and will employ upward of 450 employees.

“Hiring and training are well underway, and we’re looking for more enthusiastic candidates to round out our team before opening day,” said store manager Mike Anthony. “We’re thrilled to begin the countdown to May 11 when we can welcome the Alexandria community through our doors.”

“Governor Glenn Youngkin will visit a grocery store in Alexandria, Virginia today,” Youngkin’s office said in a press release. “The governor will discuss the elimination of the grocery tax, the rising costs of groceries, and the impacts of inflation on Virginia families and the high cost of living.”

Virginia collects $500 million in grocery taxes, but the tax has been unpopular with both Democrats and Republicans, with both Youngkin and last year’s Democratic candidate Terry McAuliffe expressing support for eliminating the tax.

Youngkin will participate in a roundtable discussion with parents and tour the store at noon.

Wegmans, the commercial centerpieces of the Carlyle Crossing development at 2495 Mandeville Lane, is starting a hiring spree as it inching closer toward a spring 2022 opening.

The 1.7 million-square-foot Carlyle Crossing development will be a mix of residential units and commercial space, with ground-floor restaurants along with Wegmans grocery store. The Wegmans is the first grocery store for the developing area near the Eisenhower Metro station.

Construction on the project started in 2019 and is scheduled to fully open next spring.

Wegmans is hiring for all positions in the new location, from line cook to managers and team leaders. 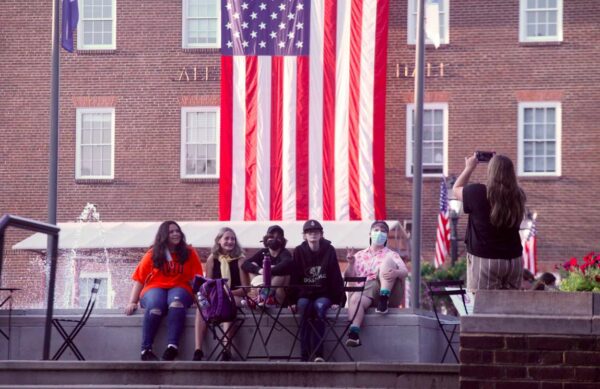 Gun used in murder belonged to suspect’s bondsman — “The homicide of Alexandria resident Karla Dominguez last summer sparked widespread uproar because her alleged murderer, Ibrahim Bouaichi, had been released on bond in April despite having been indicted for allegedly raping and assaulting Dominguez in October 2019. Now, new information reveals that the bondsman who posted bail for Bouaichi knew him beforehand and that both the vehicle and weapon Bouaichi used to commit the murder belonged to the bondsman, Man Nguyen.” [Alex Times]

Twenty years later, residents recall the September 11 attacks — “Two residents had been on the plane that hit the Pentagon and many more residents had friends and other people from their lives who had been killed or impacted by the attacks on New York City and the Pentagon and the crash in Pennsylvania. On Friday, Sept. 14, the city held a candlelight vigil at Market Square, with residents filling the area in front of city hall and overflowing onto King, Cameron and Fairfax streets.” [Alex Times]

River Farm negotiations continue despite developer interest — “The Northern Virginia Conservation Trust is claiming that a developer has given a letter of intent to purchase River Farm. The American Horticultural Society, which listed River Farm for sale in 2020, said it continues to only consider an offer from NOVA Parks.” [Patch]

Wegmans announces May 2022 opening in Carlyle — “Wegmans is building an 81,000 square-foot store in Alexandria just west of Hoffman Town Center off of Eisenhower Avenue. The grocery store at Carlyle Crossing is part of a mixed-use project on a 5-acre site.” [Alexandria Living]

Patrick Henry Recreation Center offers co-ed pick-up indoor futsal —  “All games have a running 8-minute clock, three goals to win, or the team ahead after 8 minutes stays on the floor. This drop-in program is free for City of Alexandria residents.Teens ages 12 to 15 meet every Saturday from 12 p.m. to 3 p.m. Adults ages 16 and up meet every Tuesday from 6 p.m. to 9 p.m.” [Facebook]

New job: Watch officer — “The Watch Officer oversees the Department of Emergency & Customer Communications (DECC) call center operations and provides supervision to the department’s Public Safety Communications Supervisors. This position is responsible for monitoring, analyzing and assessing the potential impact that local and national threats may have on City-wide systems and resources; maintains communication with stakeholders including departmental staff, local and regional emergency communications officials, and the public; manages the department’s quality assurance program and accreditation program; and serves as the notification point-of-contact for information responsible for managing the Employee and Public Alerting System utilized by the City.” [Indeed] 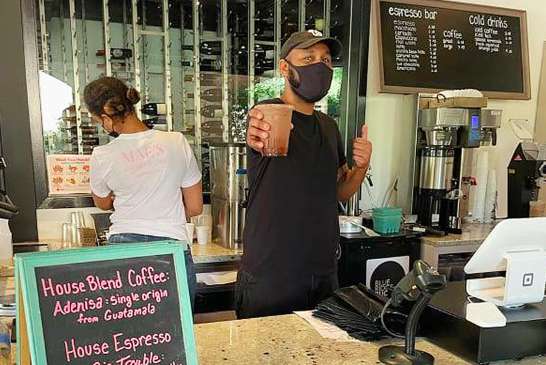 Mae’s Market & Cafe is open for business at the sprawling Atrium Building in Old Town.

The coffee shop/all-day food market opened last week in space formally occupied by Society Fare. The Atrium Building was built in 1978 and is undergoing an upgrade with other new tenants, including ALX Community.

Mae’s is owned by Nicole Jones, the owner of Stomping Ground in Del Ray. It’s named after her grandmother who taught her how to cook, and serves breakfast, lunch and dinner. The menu includes made-from-scratch sandwiches, salads and baked goods.

The coffee shop and market is also hiring for all positions, and interested candidates should email [email protected] 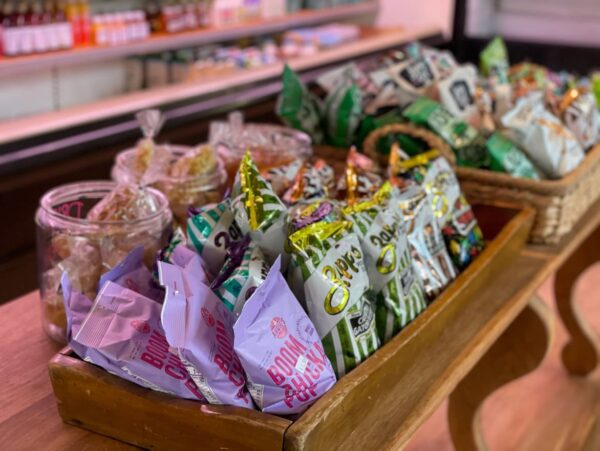 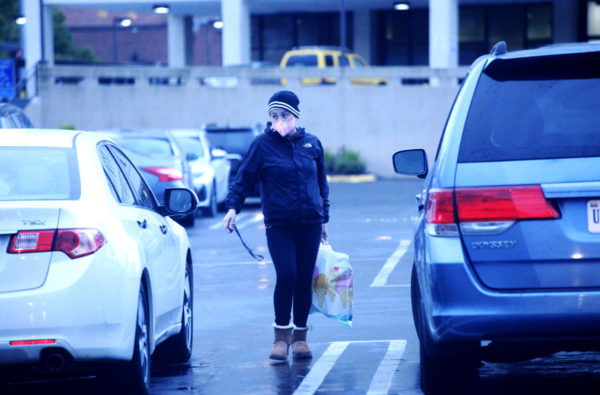 After getting approval from the General Assembly last year, next month Alexandria will consider adopting a 5 cent plastic bag tax at drug stores, grocery stores and convenience stores.

The proposal, which has been in the works since 2017, will be discussed in a virtual information session on September 8 at 7 p.m.

The Virginia General Assembly adopted legislation last year allowing localities to impose a bag tax. Alexandria has supported legislation that limits use of plastic bags for the last three years.

“Lightweight plastic bags are commonly found in waterways as litter and remain as a pollutant,” the City reported. “Wildlife commonly mistake plastic bags for food and also cause microscopic particles of broken down plastics to enter into the food chain.”

Staff are planning to present a draft ordinance to City Council with an effective date of January 1, 2022.

According to the city, the collected taxes will be used for: 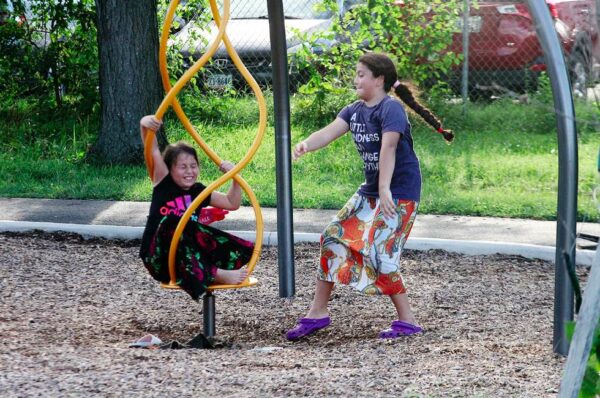 Scott Shaw named Chamber’s 2021 Business Leader of the Year — “For the last six years, he has served as a partner of Alexandria Restaurant Partners (ARP). ARP operates nine restaurants including The Majestic and Theismann’s Restaurant… Outside of the restaurant industry, Shaw established Founders Hall and co-founded ALX Community. His community involvement includes serving as Chair of the Alexandria Economic Development Partnership. In this position… In 2017, Shaw founded the Tall Ship Providence Foundation, which is dedicated to preserving Alexandria’s rich maritime history through educational programs and entertainment.” [Zebra]

Alexandria accountant pleads guilty to tax fraud — “An accountant from Alexandria pleaded guilty Wednesday for his role in filing false tax returns that led to over $250,000 in federal tax loss.” [Patch]

Recent T.C. Williams High School graduate dies at 18 — “Tommy Lacey was a towering figure. At 6 feet 5 inches tall, he was a gentle giant with a passion for sports and hanging out with friends at Al’s Steakhouse in Del Ray. A standout lacrosse player, the 2021 graduate of T.C. Williams High School was preparing to attend James Madison University in the fall when he died unexpectedly on Aug. 4.” [Gazette]

New job: Crew member at Trader Joe’s — “If you have a passion for people and a fervor for food, we’d love to meet you. We can teach you the rest.” [Indeed]