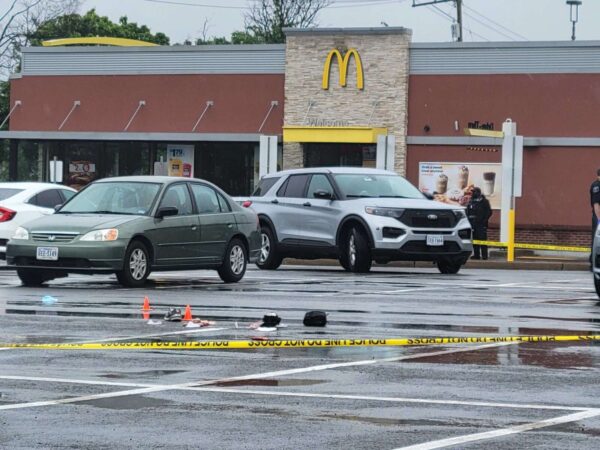 The site launched late in 2019 and just months later was swept up in a whirlwind of pandemic coverage, protests and more. Alexandria can be a bizarre place but we at ALXnow wouldn’t have it any other way.

“Five Guys is moving its corporate headquarters to Alexandria’s Carlyle neighborhood, according to the Washington Business Journal.

“Despite rumors to the contrary, the Alexandria Police Department (APD) said no one was killed at the Patent and Trademark Office yesterday.”

“If you live in a historic district, always remember to get approval from the city before making a modification to your house.”

“A Fairfax County woman experiencing a mental health crisis was apprehended after allegedly slamming a 19-month-old boy to the ground in the emergency room at Inova Alexandria Hospital last month.”

“The Remsen building of the United States Patent and Trademark Office (USPTO) in Alexandria will be closed for the rest of the week after what the USPTO has called an ‘Alexandria Campus Incident.'”

4. Study: Old Town Historic District is the most dangerous area for pedestrians in Virginia

“A new study shows that the most dangerous area for pedestrians is Old Town.”

3. Alexandria Dems say “get out” to Governor Youngkin after impromptu visit

“An unmasked Governor Glenn Youngkin made a surprise stop at the Bradlee Shopping Center Safeway yesterday (Thursday), and afterward the Alexandria Democratic Committee tweeted for him to ‘get out of Alexandria.'”

“The Alexandria Police Department is responding to a shooting at an Exxon station (2320 Richmond Highway) in Potomac Yard.”

“A teenager from Alexandria City High School was killed during a ‘large fight’ at the Bradlee Shopping Center McDonald’s, police say.”