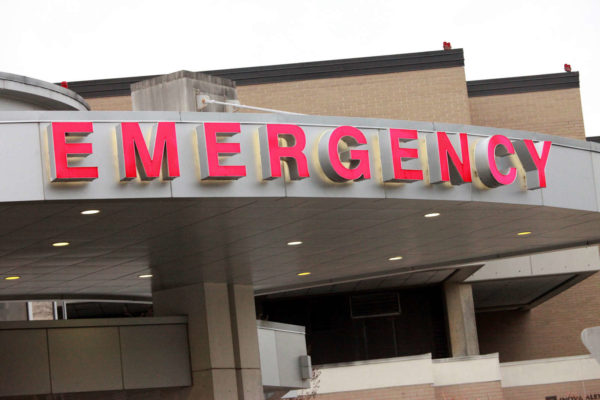 A Fairfax County woman experiencing a mental health crisis was apprehended after allegedly slamming a 19-month-old boy to the ground in the emergency room at Inova Alexandria Hospital last month.

The incident occurred at around 4:30 p.m. on Monday, Dec. 20. Police said that the woman was acting erratically by knocking items off of counters, according to a search warrant. The woman then allegedly walked into a room, picked up the child by his legs and flung him on the floor.

“According to the mother of the child, the suspect picked up the child by his legs and shoved him down the hallway,” police said in a search warrant. “The child sustained an apparent injury to his forehead an left hand.”

The woman was not arrested, and her relationship with the mother and child is not known.

“On December 20, 2021 we responded to a call for service for a woman having a mental health crisis,” Alexandria Police spokesman Marcel Bassett told ALXnow.  No arrest were made, but other services were provided to address this incident.”

In November — a month before this incident — the woman was charged with two counts of possessing a Schedule I or II substance. She was also charged with pickpocketing in March, and then for failing to appear in court.