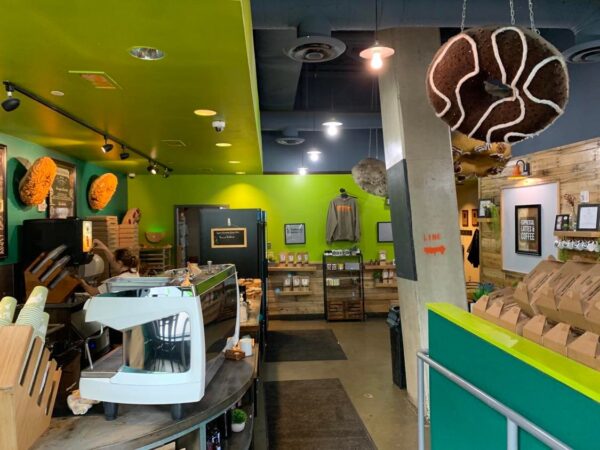 In 2015, former Virginia state Del. Rob Krupicka left state politics to focus on running a donut shop in Alexandria. Seven years later, a combination of economic factors is forcing Krupicka to give up the dream and leave a donut hole in the Braddock neighborhood.

Krupicka announced on Twitter that Elizabeth’s Counter (formerly Sugar Shack), will close on Sunday, August 28. Krupicka is planning on shutting down the store and reopening with a new restaurant called Railbird Kitchen later this year.

Railbird Kitchen will focus on comfort food and cocktails, Krupicka said, while continuing Elizabeth’s Counter’s emphasis on offering good vegan options. Gone, however, are the handmade donuts that made Sugar Shack a local icon.

After 7.5 years, I’m ending my dance with the donut business this Sunday. Elizabeth’s Counter will have its last day on Sunday and a new concept, @RailbirdKitchen will launch late fall/winter. Donuts have been fun, but it’s time for a change. More here: https://t.co/9cX198ulPl

“We will have a number of vegan options to build on the customer base,” Krupicka said. “We’ll have more vegan options than a normal restaurant has, but more traditional options as well… Vegan options aren’t going away, but vegans have non-vegan friends, so we want something for them, too.”

The comfort food selection will include fried chicken, chicken sandwiches, and the sides that go with it.

Krupicka launched the Northern Virginia branch of Richmond-based Sugar Shack in 2015 to great local acclaim. The little Braddock shop’s hand-made donuts with a wild array of flavors were popular enough that Krupicka was able to expand into Arlington and D.C.

Around the same time, Krupicka launched Captain Gregory’s, a speakeasy adjacent to the main restaurant.

But that relaunch hit in March 2020, right as the COVID-19 pandemic started shutting down restaurants — many of which would never reopen. Elizabeth’s Counter remained open in Braddock, but the other locations closed within a year. Two years later, Krupicka said rising costs coupled with an office market that never fully returned has made handmade donuts unfeasible.

Krupicka said one of the big markets for donuts were local offices, but offices haven’t filled up the way they did pre-pandemic.

“People haven’t been going back to the office, and we’ve lost our going to the office donut business and it hasn’t come back,” Krupicka said. “I love donuts. My kids love donuts. This is entirely a business decision. I don’t have any regrets. I’ve loved the last seven and a half years doing donuts [and] we’re excited about the new business that’s coming.”