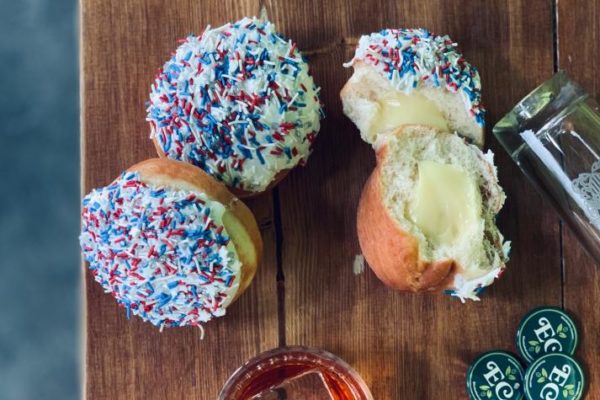 A Chapter 7 bankruptcy filing has left Elizabeth’s Counter in Alexandria as the last vestige of the once powerful ring of regional Sugar Shack locations, according to the Washington Business Journal.

Months after Sugar Shack owner Rob Krupicka unveiled ambitious plans to convert the Northern Virginia and D.C. locations from donut shop Sugar Shack into a new restaurant called Elizabeth’s Counter, Krupicka told WBJ that the pandemic drove down sales and forced him to close locations in Arlington and Washington D.C.

The Alexandria location at 804 N. Henry Street was the only location to be converted to Elizabeth’s Counter before the closures, though many locals refer to it by the old name out of habit and much of the interior decorations kept the same donut shop glaze.

Sales at Elizabeth’s Counter have rebounded somewhat since the worst of the pandemic, WBJ reported, boosted somewhat by speakeasy Captain Gregory’s.

The Northern Virginia branch isn’t the only part of the Sugar Shack franchise that’s faced financial troubles, the Richmond-based chains had to shut down other locations after lawsuits between the company’s founders.