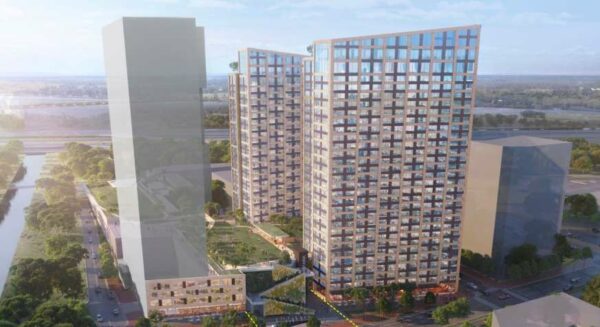 The Alexandria City Council unanimously approved a massive high-rise apartment building project near the Eisenhower Metro Station in Carlyle, and none of the 1,414 units will be dedicated to affordable housing.

Instead, the applicant Carlyle Plaza, LLC, will contribute $6.1 million to the city’s Housing Trust Fund.

Jonathan P. Rak, an attorney for the applicant, told Council that the city will get more bang for its buck by spending the $6.1 million on “wood construction, which is a less expensive type of construction to actually produce more high-quality affordable units within the city, than if we were to just take that money and apply it to these high-rise concrete construction units.”

Alexandria is currently experiencing an affordable housing crisis, and lost 90% of its affordable housing stock between 2000 and 2017. Consequently, the city has pledged to produce or develop thousands of units to meet 2030 regional housing goal set by the Metropolitan Washington Council of Governments. With land scarce, controversy erupted last year when City Council asked the School Board to consider colocating affordable housing on public school grounds in future development plans.

“Contributing money alone, while helpful, it also creates those inequities and an intended separation of certain segments of our populations, and also denies them the opportunity to be in this area,” said Seifeldein before voting for the project. “We hope that in the future this applicant or other applicants look at what we’re doing here today and really try to work with us, because this is a monumental project that could have been greater, but an opportunity has been lost.” 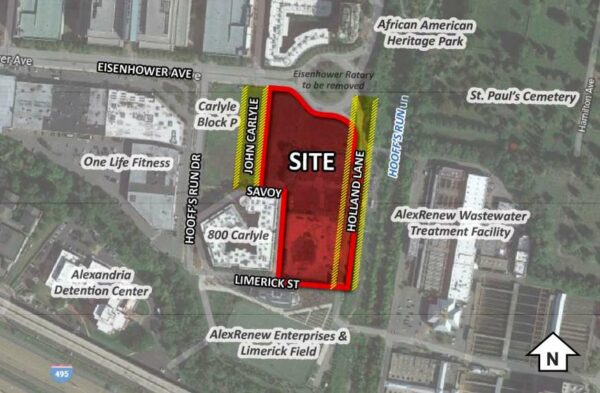