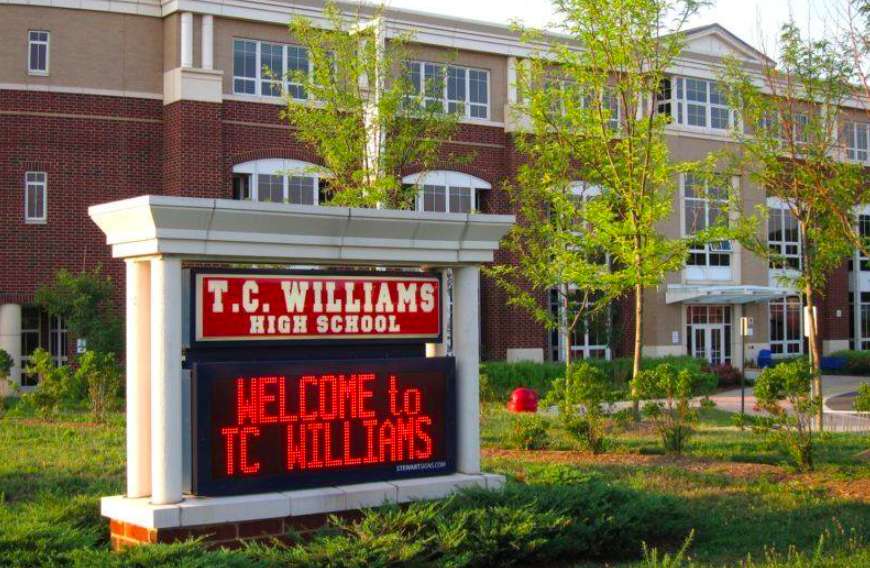 The Alexandria School Board on Thursday, March 18, will conduct a public hearing on the proposed new names for T.C. Williams High School and Matthew Maury Elementary School.

The 5 p.m. public hearing will allow testimony from residents on what they think about proposals by Superintendent Dr. Gregory Hutchings to respectively rename them “Alexandria High School” and “Naomi Brooks Elementary School”. The two finalist names were chosen from a list that ACPS released last month.

While efforts to rename T.C. Williams High School began in the 1990s, a renewed push this year was tied in with nationwide discussions about renaming honors to the Confederacy and other symbols of racial oppression.

Thomas Chambliss Williams was an avowed segregationist who worked to limit the number of Black students in segregated schools. Matthew Fontaine Maury, who was a pioneering oceanographer during the 19th century, was also a leader in the Confederacy during the Civil War.