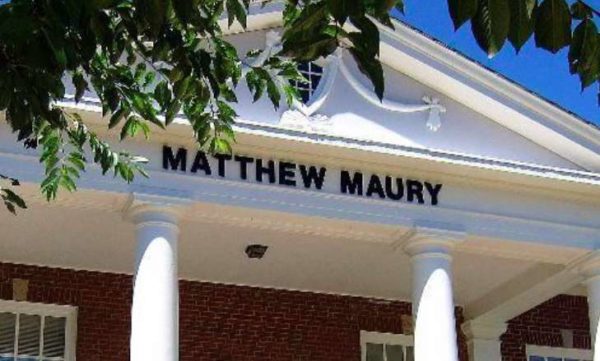 A new effort is underway to rename Matthew Maury Elementary School in Alexandria.

Matthew Fontaine Maury is considered a father of oceanography, but the Virginian was also a special agent for the Confederacy during the Civil War and tried to found a new colony in Mexico after the Union defeated the southern rebellion.

“The name seems so arbitrary,”said Glenn Klaus, who is leading the effort and has two children who attended the school. “He had nothing to do with Alexandria. Yes, he was a Virginian, but it just seems inappropriate in this day and age.”

“I find it insulting for the school to be named after him, especially since the majority of students there are black” Klauss said.

Klaus was inspired to rename the school after residents sent a petition to the School Board to begin a renaming process for T.C. Williams High School.

“T.C. Williams was an arch-segregationist who did everything in his power to segregate Alexandria’s black students from its white students,” says the petition to the board. “He was against everything for which our high school, our school system, and our community stand. It is not only unacceptable that Alexandria ever honored Williams by naming our only high school for him, but it is reprehensible that nothing has been done to change it. It is long past time to remove the name of a known racist, arch-segregationist from our city’s high school.”