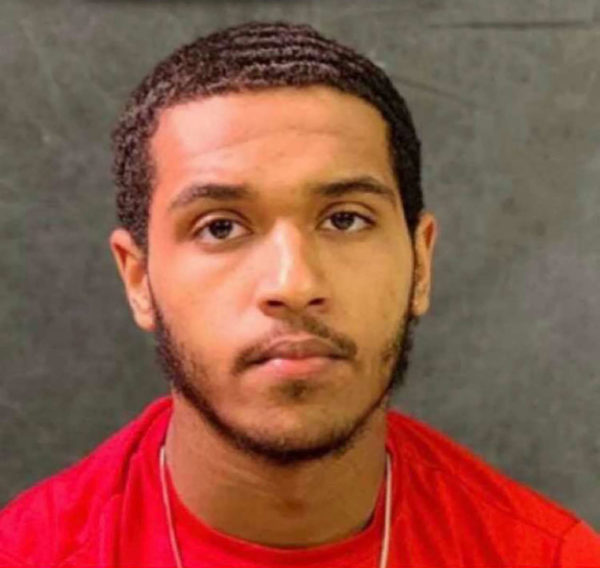 According to a press release from Halifax County Commonwealth’s Attorney Tracy Quackenbush Martin, Aly “willfully, deliberately and with premeditation” killed Bianda and Griffin, who had been doing Aly a favor in picking him up to drive to Danville to see a friend.

Court documents say that Aly brought a 9 mm firearm with him and rode for most of the journey in the back seat.

“As he rode in the back seat from Alexandria, he told police, he was holding the 9 mm,” the press release said. “He was having what he described as ‘thoughts.’ When asked what kind of thoughts, he said the thoughts were bad thoughts and good thoughts. He was having doubts about college and about his home life.”

The group switched off once at a Wawa with Aly driving, then back again in Halifax County just one hour short of the destination in Danville.

“Just a few minutes later, in the early morning hours of February 8, 2020, Aly told Joel to pull over,” the press release said. “Aly told police he knew the gun was loaded and the safety was off. He got in the middle of the back seat. While Joel was pulling over, while the car was still moving, in Aly’s words, ‘I pointed the gun at his head, without thinking, without saying anything, I pulled the trigger.’ A second later, he shot Ayanna.”

Both slumped over but the car was still moving. Aly reached forward to try to stop the car, opening the door and trying to stop it with his foot. He was finally able to park the car in the median on Highway 58 near Melon Road.

“He unfastened their seatbelts and pulled Joel and Ayanna out of the car; and leaving their bodies in the grassy median, he seized control of the vehicle and drove to Danville,” the press release said. “He picked up a friend, M. B., then a juvenile, at or near his home in Danville. Aly told police he remembered he had left the firearm at the scene, so he and M. B. returned. Aly took Joel’s and Ayanna’s cell phones (and ultimately disposed of them in two different locations), inspected and left Joel’s wallet, found the gun, and again seized control of Joel’s vehicle.”

Aly attempted to flee the scene of the shooting, again, but lost control of the vehicle and crashed into an embankment. He abandoned the car and disposed of the gun in the cutover, throwing the two magazines and the firearm into different locations. Through a series of taxi cabs, the pair reached M. B.’s home, disposed of the clothes, and reached Virginia State University where Aly convinced a friend to drive him back up to Alexandria.

Once in Alexandria, the press release said Aly continued his life as normal while police started their investigation.

“There, he returned to school, posted on social media, and generally appeared to resume normal life,” the release said. “Meanwhile, law enforcement had begun to investigate the deaths of the two individuals they found in the median of 58, near a crashed car and two sets of car tracks.”

Eventually, online cash transactions connected Aly back to the scene and cell phone records from the victims tracked their movement through the night. Aly was arrested at T.C. Williams High School later that week and eventually confessed and led police to the firearm and magazines near the scene of the shooting.

The press release noted that no motive was ever discovered for the murder.

“One of the most painful aspects of this case is that the family may never know Aly’s motive to murder their loved ones,” Martin said. “We are all left asking, why? Although I am pleased that we had the chance to bring the family closure on this chapter in their lives, we may never have an answer to that question.”