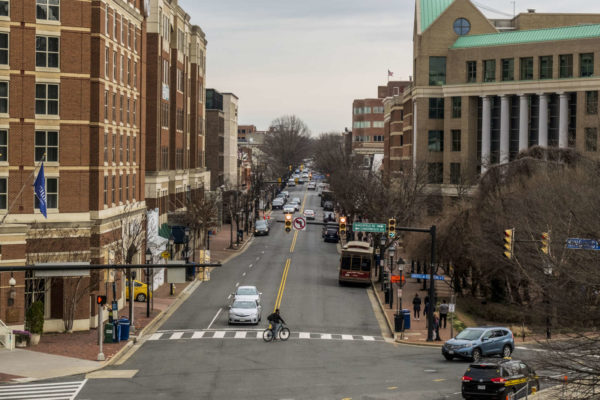 In a Board of Architectural Review meeting earlier this week, local historic preservation consultant John Sprinkle shared some research from an upcoming book about the intersection — and sometimes fiery conflict — between the city’s efforts at historic preservation and the Civil Rights movement.

“From Historic Preservation to Neighborhood Conservation: Displacement, Urban Violence, and Architectural Survey in Alexandria, Virginia” details how, over the last fifty years, the city’s efforts at historic preservation have sometimes been at odds with efforts at preserving affordable housing in and around Black neighborhoods.

Preservation efforts as they’re known today in the city generally took shape in the 1960s, but were influenced by cultural and political movements of the 1970s. Things came to a head in 1970 when a 7-Eleven shopkeeper shot and killed 19-year-old Robin Gibson and tried to frame him for a robbery by planting a knife on his body. Riots erupted across the city.

“Alexandria marched along in a very traditional way up to 1970,” Sprinkle said. “Then something happens in 1970 with a period of experimentation in the mid-70s specifically dealing with what becomes Parker-Gray.”

Also in 1970, a city report ranked buildings throughout the city on a 1-4 scale, listed what was most-to-least in need of preserving. It was a common practice in the United Kingdom at the time, but was controversial in the United States. In Alexandria, it provided land owners with an idea of what was really important and what could be replaced with modern development, Sprinkle said.

The report also included a proposed 30-block expansion of Old Town to the north, though the city eventually settled on a smaller 13 block expansion.

“Alexandria faced a conundrum,” Sprinkle said. “[They] recognized that expansion of Old and Historic District would lead to displacement of lower income families, but they also saw expanding the district would increase property values and the residential tax base within the district.”

Sprinkle said, with the economy in shambles in the early 1970s, that expanding the Old and Historic District must have been a tempting prospect. The move was opposed by local Black community leaders at the time, who noted that increased property values would force Black families and communities from their homes. Black leaders subsequently promoted “neighborhood conservation” as an alternative to historic preservation.

Sprinkle noted that conflicts between equal justice movements and Lost Cause celebration were as active in the 1970s as they are today. Rioters targeted a building adjacent to Robert E. Lee’s home — which had been recently turned into a museum — with a molotov cocktail and flames gutted much of the interior. A carriage house undergoing rehabilitation was firebombed with most of the building’s architectural elements destroyed.

Sprinkle said the riots had a profound impact on the city’s planning efforts. The historic preservation at the time started to shift toward neighborhood conservation. The city pursued grants from National Endowment for the Humanities that focused on conservation as part of  “an experiment designed to address forecasted displacement of African Americans in the north-western quadrant.”

In 1973, the City Council rejected the expansion of the Old and Historic District to cover the area known as Parker-Gray after an outpouring of opposition from the area’s predominately Black citizens. The Parker-Gray District was established in 1984 to protect the neighborhood from incoming development. The Old and Historic District and Parker-Gray District remain distinct historic districts, though as of 2019 both are reviewed by the same Board of Architectural Review.