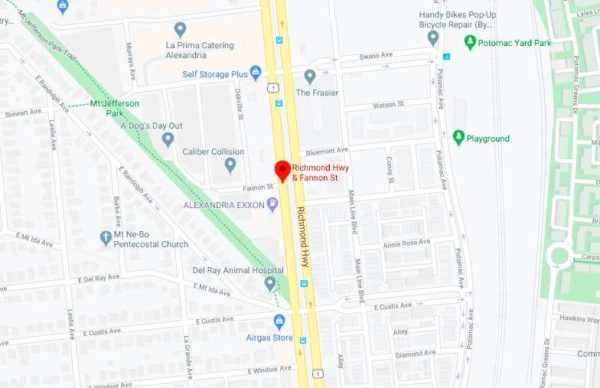 Alexandria wants community input on the latest plans regarding the proposed Oakville Triangle redevelopment, and another Zoom meeting is planned early next month.

Inova Alexandria Hospital plans to accommodate development at National Landing and Virginia Tech’s Innovation Campus by expanding it services with a new HealthPlex in the city’s Oakville Triangle neighborhood.

The proposed facility will offer emergency room services, an outpatient care center and medical offices. Construction is expected begin next year, and the facility is slated to open at the corner of Fannon Street and Richmond Highway in the fall of 2023.

The city also wants feedback on a new .75 acre public park that will be built adjacent to Mount Jefferson Park before the entire plan goes before the Planning Commission this fall.

“Meeting topics include an update to the preliminary traffic analysis, a summary of community feedback from the Open Space survey, and conceptual renderings of the building and site design,” according to the city.

The Zoom meeting will be held August 4 at 6 p.m.