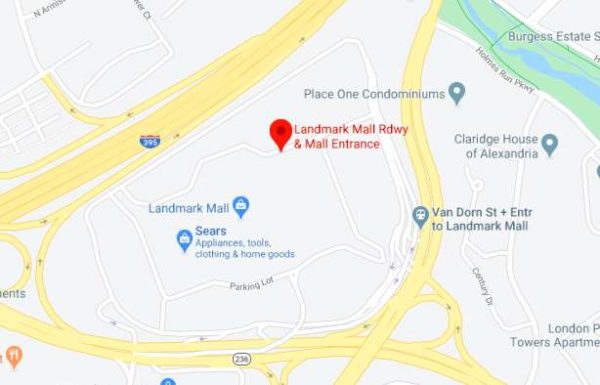 Alexandria Police are investigating more than $40,000 in car parts stolen from BMW of Alexandria in the Landmark Mall parking garage.

On Jan. 17, the sales manager for BMW of Alexandria (499 S. Pickett St.) told police that 10 BMW M-Series sedans and sport utility vehicles stored at the property had been stripped of their wheels and put on concrete blocks. The passenger side front windows were smashed and the lug bolt locks were taken from the glove compartments.

“The suspects were on the top floor of the parking garage for about 35 minutes before leaving the area,” police reported in a search warrant affidavit. “In the surveillance footage, two suspects can be seen and multiple car alarms are sounding from the victim vehicles… No other vehicles or persons are seen on the property of the mall with the exception of the Landmark Security vehicle in the former location of the Macy’s Department store.”