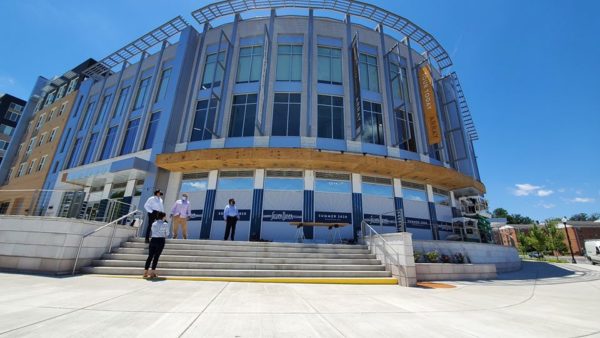 Restaurant chain Silver Diner is planning to open its West End location (4630 King Street) next Wednesday, but it could be a while later before the highly anticipated Harris Teeter in the same building opens.

Staff at Array Apartments in the same building said that an update they received said that the Harris Teeter would not be opening until sometime next year. An earlier press release cited early 2021, but the staff at Array said there’s no specific information yet on when.

The restaurant will be open daily for breakfast, lunch, dinner and late-night dining. The location will open at 7 a.m. and close at midnight Sunday through Thursday and 2 a.m. on Fridays and Saturdays.

“In addition to Silver Diner’s famous farm-to-table, flexitarian menu with vegetarian, vegan, gluten-free, low calorie and diner favorites, the West Alex location will also have a full bar and a built patio,” the company said in a press release.

A new fitness studio also recently moved to the building, and those worried about driving there should know the city has been resurfacing the infamously craggy stretch of King Street outside.

Computer programming tutoring franchise Code Ninjas is celebrating the launch of its new West End location with a grand opening celebration this weekend.

Code Ninjas has a simple but ambitious goal: make coding accessible and fun for kids. The school’s game-based curriculum focuses on teamwork, logic, math and problem solving, according to the company website. The company has locations across the country, including locations in Falls Church and Burke, and has been working to expand internationally.

The Alexandria location opened in November at 4694 King Street, in the northwest corner of the city.

The celebration is scheduled to run from 11 a.m.-2 p.m. and will include games and prizes, as well as tours and special membership deals, according to the Facebook page for the company. An event description said the grand opening will feature kid-accessible robotics, drones and virtual reality.

The new “entertainment venue” in the Seminary Plaza shopping center (4620 Kenmore Avenue) features a restaurant and bar along with a two-level laser tag arena, with some arcade games and VR attractions thrown into the mix.

The grand opening is scheduled to start at 5 p.m. with the ribbon cutting at 6 p.m. City officials are scheduled to attend, according to the Facebook page, but whether they will play laser tag is unclear.

The venue mainly focuses on drawing in groups — like birthday parties or corporate events — but staff said the full-service bar and restaurant, arcade games, and laser tag are all open to individuals as well.

Food at the restaurant are mainly sports bar staples like flatbread pizzas and assorted entrees, like meatball subs or tacos. The alcohol menu ranges from cocktails and beers to “slushie drinks.”

The laser tag arena is the centerpiece of Doyle’s Outpost, with a nearly 6,000-square-foot arena depicting a scene of apocalyptic destruction in D.C.: local icons in flames, helicopters flying overhead, the Lincoln Memorial in shambles — all the classics.

Individual laser tag games are $9 per person, $16 for two games, or $20 for three games. The laser tag arena can also be rented out for private events. 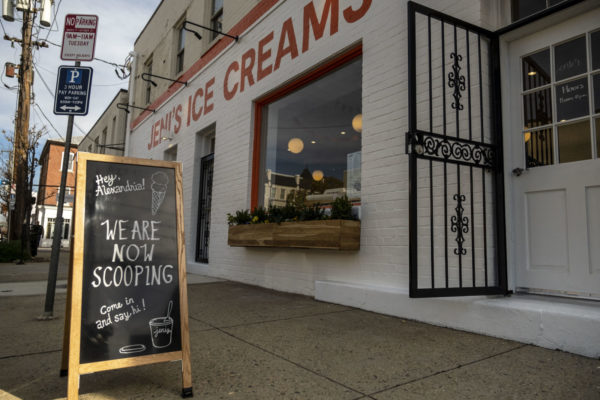 Shortly after scooping out a spot in Old Town, Jeni’s Splendid Ice Creams is hosting a grand opening celebration next Thursday (Dec. 19) with a scheduled appearance from the eponymous Jeni Britton Bauer.

The grand opening celebration is scheduled from 7-11 p.m. at Jeni’s (102 S. Patrick Street). Free ice cream and “swag” is promised to the first 50 people in line.

The chain, based out of Ohio, has a cult following and about three dozen stores nationwide. Its new Bethesda store is celebrating its grand opening the same day.

The ice cream lineup is scheduled to include flavors like brambleberry crisp and brown butter almond brittle, as well as dairy-free flavors like Texas sheet cake and roasted peanut butter and strawberry jam.

The ice cream shop opened in mid-November in the former Misha’s Coffee location, which has relocated down the block to 907 King Street. 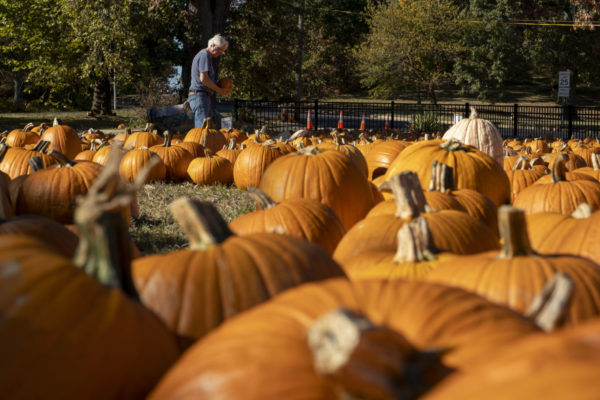 Aslin Beer’s ‘Weird Vibe’ in Alexandria — “Aslin Beer Company doesn’t have exposed brick walls, it isn’t decorated with string lights and it doesn’t use wooden barrels as high top tables. Straying from the traditional industrial vibe at a lot of breweries and tasting rooms, Aslin has an eclectic, colorful atmosphere enhanced by patterned walls, neon signs and a giant robot.” [Alexandria Times]

Alexandrians Give to Political Campaigns — “More than $3.5 million in campaign cash has an Alexandria mailing address this election cycle, a spending spree that reflects the stakes this year’s election. Control of the House of Delegates and state Senate is at stake, and partisans on both sides are trying to influence the outcome.” [Gazette Packet]