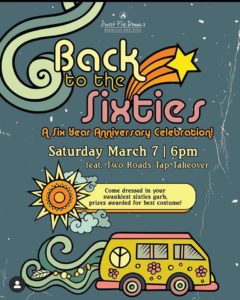 “We’re turning back time to celebrate our 6th year anniversary!” the restaurant said on an event post. “Pull out your swankiest sixties garb and get ready to groove. We’ll also be featuring a Tap Takeover with Two Roads Brewery!

Sweet Fire Donna’s is a barbecue restaurant that offers a selection of BBQ meat along with classic southern sides like cornbread and key lime pie.

The posting also noted that prizes will be awarded for the best ’60s costumes. 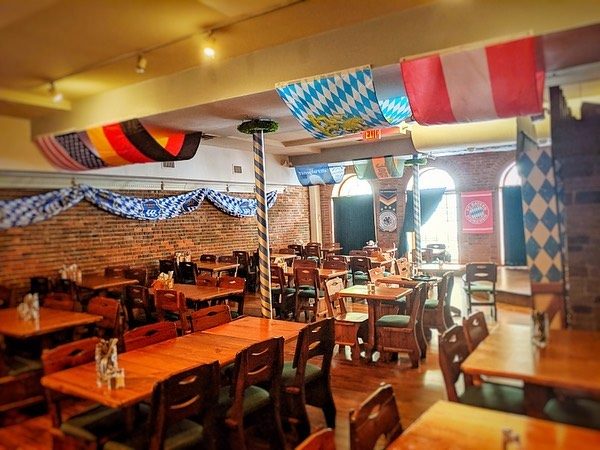 It may not be as “old” as the medieval tavern that preceded it, but Village Brauhaus is celebrating one year in business this Saturday (Feb. 22).

The German beer hall will celebrate with food and beer specials all day long, according to the event post on Facebook. A keg of Austrian ale will also be tapped into during the festivities.

“Polkastar” Johnny Koenig is also scheduled to perform with his band from 3-7 p.m.

The restaurant opened early last year and features a variety of Austrian and German dishes. It’s located at 710 King Street in Old Town. 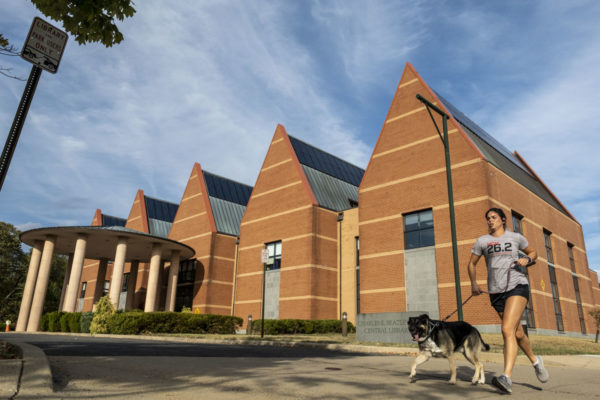 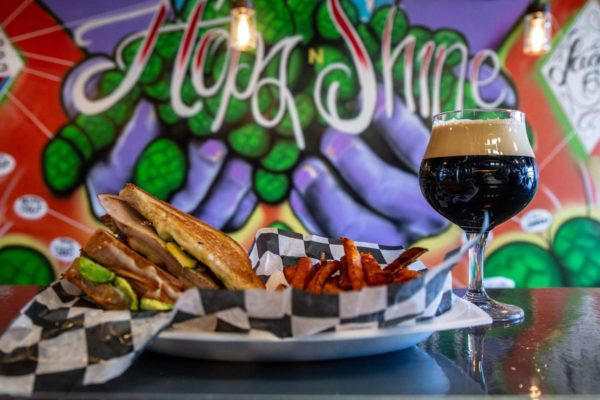 In just one year, local bar Hops N Shine has become a staple in Arlandria/Del Ray area and this weekend, the business is scheduled to host a celebration of that success.

The bar and beer garden sits at 3410 Mount Vernon Avenue at the intersection of Mount Vernon Avenue and E. Glebe Road. It is frequently packed, particularly on the weekly Wednesday night trivia events (where, full disclosure, at least one ALXnow reporter is a regular).

The celebration is scheduled to start at 8 p.m. on Saturday, Feb. 1, with a special menu combining some past favorites and debuting new items according to a Facebook post. The event is scheduled to include complimentary hors d’oeuvres from 8-9 p.m., free gifts for the first 50 attendees, live music at 8:30, and a moonshine ice luge.

Hops N Shine has a selection of 52 draft lines and claims to have the widest beer and whiskey selection in Alexandria. It also has an extensive selection of moonshine and moonshine cocktails.

The event will be dog and kid-friendly as well, the post said. Free tickets for the event are available online. 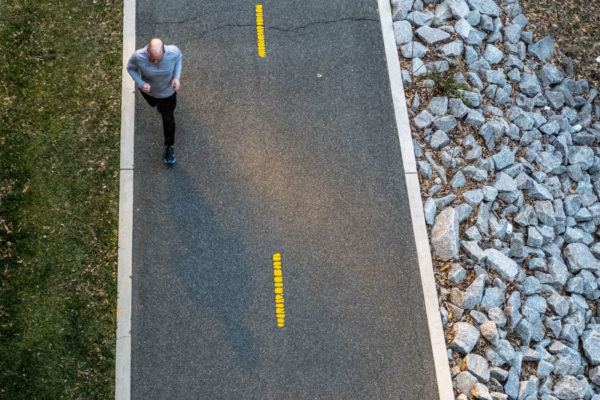 Port City Planning 9th Anniversary Celebration — “Time to celebrate 9 awesome years of brewing with the only way we know how: a COLOSSAL release! For our ninth anniversary we are introducing COLOSSAL IX a Weizenbock to the COLOSSAL lineup.” [Port City Brewing]

Possible N. Va. Coronavirus Case — “The Virginia Department of Health says it is investigating three people, including one in northern Virginia, who ‘meet both clinical and epidemiologic criteria’ for coronavirus.” [Fox 5, Virginia Dept. of Health] 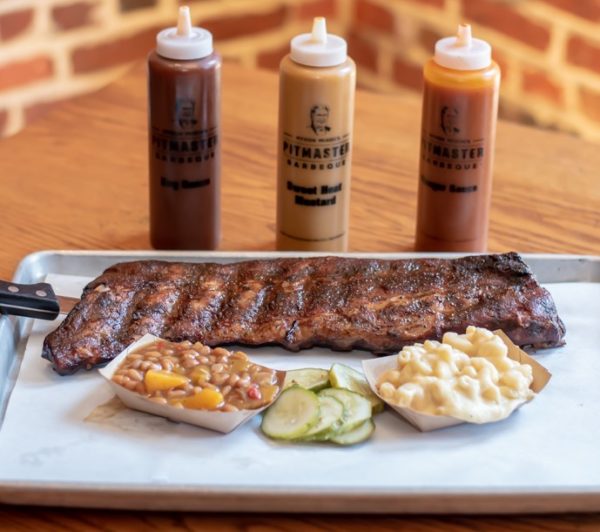 Old Town barbecue joint Myron Mixon, tucked away off the main drag at 220 N. Lee Street, is celebrating three years in business with a party tomorrow.

Starting at 6:30 p.m. on Wednesday, the restaurant will be serving up a whole hog to celebrate the restaurant’s anniversary. Tickets are $22 and guests will also receive a free bottle of Myron Mixon’s barbecue sauce or rub, according to the Facebook page.

The restaurant started in 2017 as a project from Myron Mixon, a celebrity pitmaster from the show BBQ Pitmasters. An in-depth profile of the restaurant from the Washington Post’s Tim Carman praised the restaurant’s dedication to perfectly cooked and smoked meats, but said some of the sides taste “as if they were dumped from a can.”

The restaurant is also planning to offer $1 mimosas this weekend as part of the anniversary celebrations. 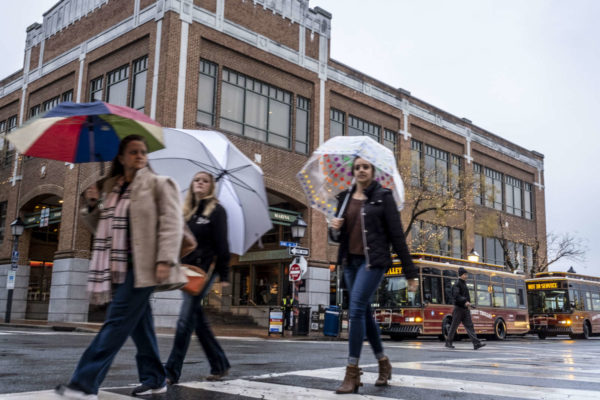 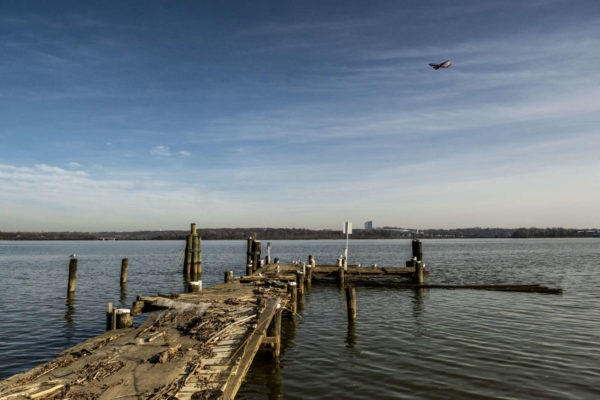 Profile: Alexandria Bodybuilder — Alexandria dad Jake VanWoerkom was a casual fitness enthusiast until 2017, when he started becoming more serious about his workout routine and nutrition. That eventually led him to enter bodybuilding competitions. [Alexandria Living] 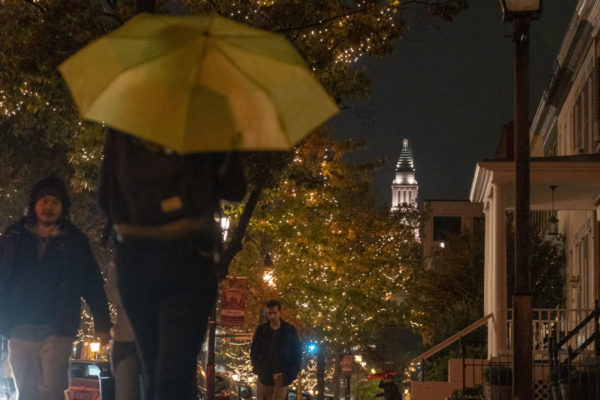 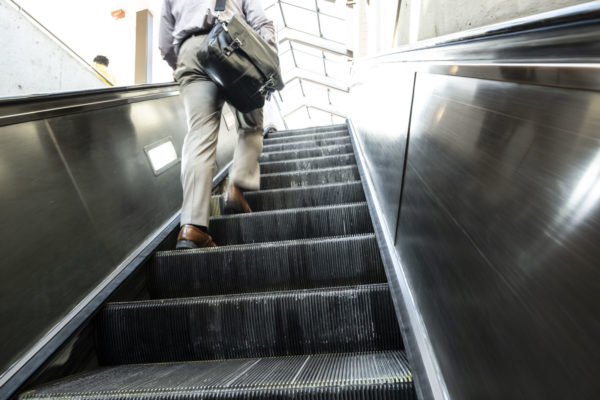 ACPS Teacher’s Harrowing Journey — “When Onelio Mencho-Aguilar was 13-years-old, he left his mother and siblings to embark on a treacherous journey through rural Guatemala to the U.S. alone…  against the odds, he found a home here in Alexandria and with the support he found, he thrived. First as a student at T.C. Williams High School and now as a teacher at the International Academy where new arrivals to the U.S. are educated and supported.” [Alexandria City Public Schools] 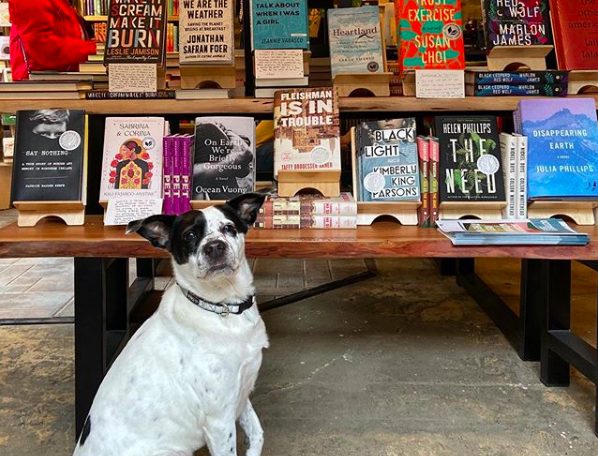 Old Town Books, a book shop near the waterfront at 104 S. Union Street, is celebrating one year in business this weekend.

The book shop started as a pop-up shop last November in the Alexandria Economic Development Partnership’s pop-up program, according to Alexandria Living Magazine. The store found its new, permanent home in May.

Every purchase on Saturday will come with a free bookmark and sticker, according to the website.

The bookstore has an active book club and running lists of current favorites by employees. 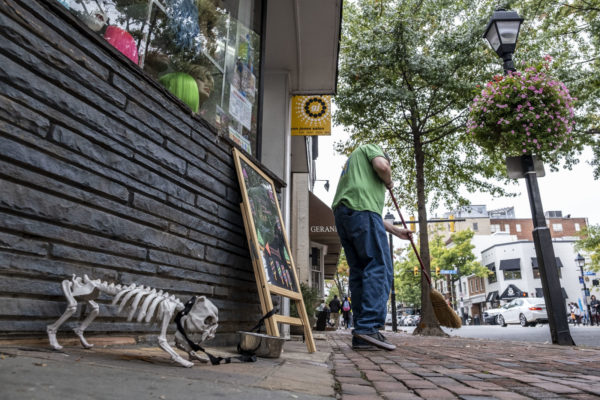 Bald Eagle Rescue Near Cameron Run — “A bald eagle that appeared to be injured was spotted Wednesday morning on the ground at the Cameron Run Regional Park, near the Metro tracks in Alexandria, Virginia. It seemed like something was wrong with one of its wings.” [WTOP]

Old Town Eatery to Offer Original Menu — “Longtime Old Town Alexandria Italian restaurant Landini Brothers, at 115 King St., is marking its 40th anniversary Oct. 28 by taking diners back to the past. The family-owned restaurant, founded in 1979, is bringing back for one night only the original menu that waiters brought to diners’ tables. And that means 1979 prices.” [WTOP]

Trash Collection Reminder — “DYK which November Holidays the City’s trash & recycling collection is delayed by one day? It’s a trick question: NONE. On both Veteran’s Day AND Thanksgiving, trash and recycling is collection as scheduled.” [Twitter, City of Alexandria]

More Local Halloween Events — “Celebrate a safe Halloween with friends and neighbors during Halloween Spirit Week, October 25 through October 31. The Department of Recreation, Parks and Cultural Activities offers a variety of fun options for families, and even their four-legged friends, throughout Alexandria.” [City of Alexandria, ALXnow]