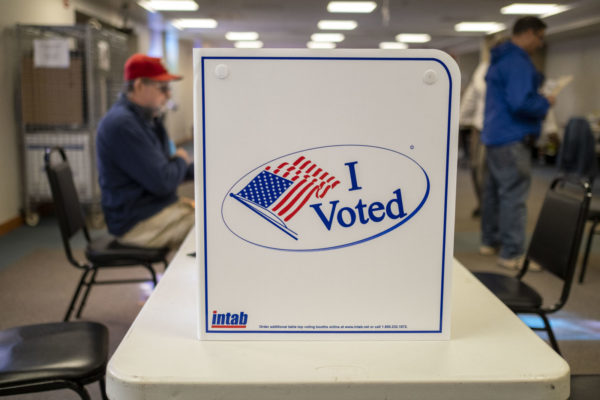 Monday night was a clinic in anti-establishment thinking, as the final group of City Council candidates opined on such issues as transparency, the Seminary Road Diet, the elimination of school resource officer funding and shifting from an at-large to a ward system.

It was the third and final Council forum with the Seminary Ridge Civic Association, which last week featured two virtual panels with the other candidates.

City Councilwoman Amy Jackson said that she voted against the Seminary Road Diet, and that if there is enough support will vote to reverse it in January.

“If I’m reelected and we get the votes of course that’ll be one of the first things I’m going to look at in January,” Jackson said. “City Council, for as much as they say they listen to everybody’s voice, then they go and vote in a way that honestly shows that they weren’t listening.”

Candidate Mark Shiffer said that the concerns of 13 civic associations opposed to the road diet were not taken into account, and that the decision to move forward was predetermined by Council, despite the legislation’s 4-3 Council vote in 2019.

“What we saw was a decision that had already been made, and that’s why we’re seeing that there was an appearance of not listening,” he said, adding that Council also overstepped its bounds with its decision to eliminate school resource officers (SROs) from Alexandria City Public Schools. “I don’t think the City Council should have overruled overruled the (School) Board. That’s why we have a Board to make those decisions, and if you don’t like what the Board does vote them out. If you want City Council to run the schools, well let’s get rid of the School Board, right?”

Jackson said that she held her ground against the 4-3 SRO decision, and that it undermined the School Board.

However, candidate Kevin Harris is in favor of the elimination of SROs.

“You have to understand me being a young man of color, and attending schools that have had school resource officers,” he said. “I’ve seen so many times how minor, minor disciplinary issues have turned into criminal issues, I’ve had friends personally who have been put sent to juvenile detention centers for things that don’t even make sense.”

Harris also said that colocating affordable housing on school grounds should be kept on the table, while Jackson, Shiffer and Independent candidate Florence King are against the concept.

On ward representation, Jackson said that it would lead to further inequities.

“When you’re a public servant to the city, you really should know everything that’s going on everywhere because one puzzle piece in your neck of the woods may connect and usually does to something else somewhere else,” she said. “I would hate for anything to fall through the cracks just because we have a ward system, and maybe someone who is really not as engaged in that one Ward and then those people don’t have the representation that they need.”

Shiffer said that the at-large system is absurd.

“It’s very difficult to represent 160,000 people,” he said. “My personal favorite is a solution where the mayor is at-large, we have one or two council members at large, and I think in that way, we make sure that all parts of the city are represented.”

The Seminary Ridge mayoral forum between Mayor Justin Wilson and former Mayor Allison Silberberg is at 7 p.m. on Thursday, May 27.

The Democratic primary is on June 8.

END_OF_DOCUMENT_TOKEN_TO_BE_REPLACED

More Stories
School Board says swimming pool colocation a form of ‘reparations’ for AlexandriaListing of the Day: 909 Cameron Street