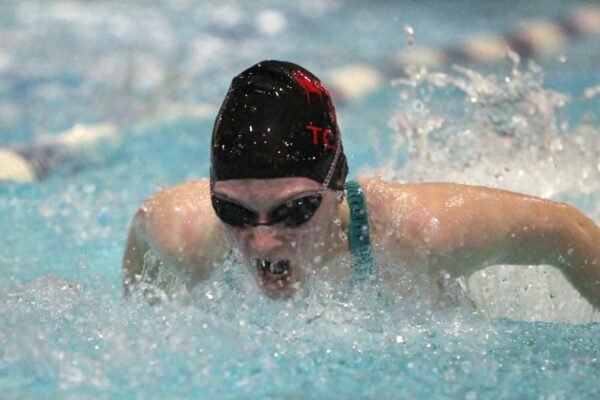 School Board chair Meagan Alderton is pushing for the last-minute addition of an aquatics facility to the planned Alexandria City High School expansion, noting that the addition would help toward rectifying a longstanding racial disparity.

Alderton said Alexandria is guilty of the same nationwide disparity in swimming proficiency, with lack of access to pools for Black Americans creating disproportionately white aquatics sports teams. It’s a disparity Alderton said the city can start to push back against with a new pool at the Minnie Howard expansion planned as part of the high school overhaul.

Part of the challenge, though, is that the school request will be coming in late in the budget process, nearly a month after Alexandria’s City Council approved this year’s budget.

The pool had been included in earlier concept review, but hadn’t made the final cut for the budget process after analysis showed the pool would cost $1.2 million to offset the energy requirements of the pool keep the school at its Net Zero goals.

“Funding for pool is not in the School CIP,” said City Manager Mark Jinks. “That funding is not currently available. To change that, it would need to come forward as request from School Board to Council to change that number. That assumes that pool cannot be built for dollar amount set aside for Minnie Howard.”

Superintendent Gregory Hutchings said the schools would be moving forward with that request as soon as possible, saying a final decision would need to be made by the School Board sometime in the first week of June.

“Our design team asked for [a decision] by the beginning of June,” said Erika Gulick, director of capital programs. “We are already in the DSUP process. [The current] iteration currently includes a pool. Where Pre-K ends up going depends on the pool.”

ACPS staff said a they were aiming for a final decision at the June 9 School Board meeting, but Jinks said that’s too late. A submission from the School Board should come in no later than June 1.

While acknowledging the challenge of the late change, Alderton said if the city is committed to its goals of racial equity, it will find a way to make it happen.

“We are, indeed, asking the city to provide additional dollars to provide this facility for the Minnie Howard site,” Alderton said. “I find it hard to think there will be racial equity without investing dollars in communities that have historically been denied access… Consider it reparations for People of Color, because it’s long overdue. It has been so hurtful to watch and this school board is ready.”