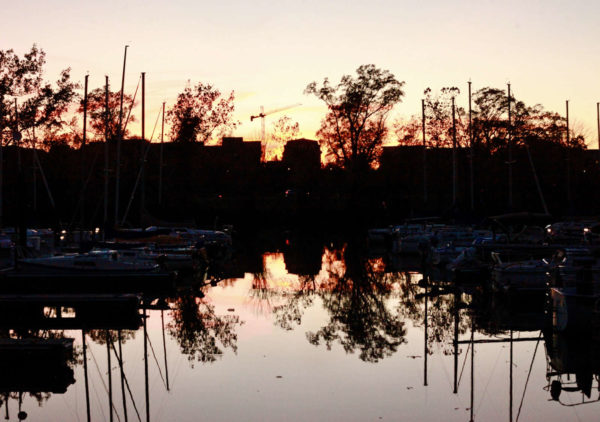 Elderly resident rescues dog walker pinned under 500-pound headstone — “When Suzanne Dalton went out to walk her dog in Bethel Cemetery… one fall afternoon, the last thing she expected was to have a literal brush with death. After a headstone fell on her arm and pinned her to the ground, Charles Nelson, an 89-year-old Alexandria resident, came to her assistance and lifted the 500-pound stone up just enough for her to escape.” [Alex Times]

Beyer Says Trump is Being ‘Theatrical’ — “Refusing to initiate a peaceful transition of power in the middle of a deadly pandemic because he’s being theatrical.” [Twitter]

The Story Behind the ‘Official Sock of Alexandria’ — “Alexandria’s new official sock is being made in the USA by Living Royal and will be a high quality, soft unisex crew sock. A hundred pairs will be made initially, with the potential for more if the initial batch sells out.” [Alexandria Living]

Made In ALX Makers Market Opens — “While millions of people shop on national retail websites, it’s harder to stumble across local artists and craftspeople working right here in Alexandria. MadeinALX.com is a website and platform designed to support local artists, creators and makers and connect them to consumers.” [Alexandria Living]

New Job: Fingerprint Operator — “This is an entry-level, part-time position and prior experience in the field or a related field is not required. You will receive training in taking and verifying personnel fingerprints, making comparisons of rolled inked and computer image fingerprints, use of fingerprint scanning equipment, completing fingerprinting forms and submitting reports at the end of the fingerprinting session.” [Indeed]