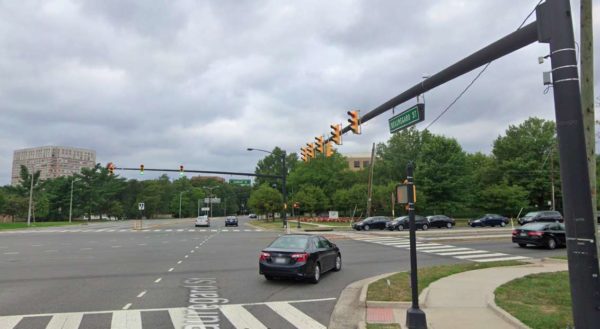 There’s extensive redevelopment in the works along Beauregard Street, a major route through the city’s West End.

At the tail end of the Beauregard Design Advisory Committee meeting late last month — where BDAC reviewed a proposal to scale down a proposed townhouse development — Maya Contreras, the principal planner for West End new development, laid out a roadmap for what’s ahead for the surrounding areas.

One of the closest developments to the proposed townhouse development is at 2000 N. Beauregard Street, where Monday Properties is working on a 300 unit apartment building. The project broke ground in July and Contreras said completion is slated for 2022.

Further along Beauregard, Contreras said The Spire project is on track to finish construction next spring 2021. The development broke last summer and consists of 113 affordable housing apartments.

AHC is partnering with the Episcopal Church of the Resurrection (ECR) on the redevelopment of the Church’s property in the City of Alexandria’s Beauregard neighborhood. The project will transform the site into 113 new affordable apartments. ECR will build a new worship and programming space on the site. This development will provide much-needed affordable living opportunities to working families in the Beauregard community, which is expected to lose hundreds of market affordable apartments in the coming years.

Contreras said a redevelopment has been proposed at the corner of Newport Village. Letters to the city from the developer UDR indicate that the plan is to replace three smaller buildings at 4898 Beauregard Street with a larger, mixed-use building. Contreras said the developer held a community meeting in July and is anticipating going to a public hearing in the spring.

The last nearby development Contreras highlighted is a plan to build a suspended gymnasium between two buildings at Ferdinand T. Day Elementary School. Contreras said the plan was approved through the Planning Commission and City Council and is moving into construction soon.