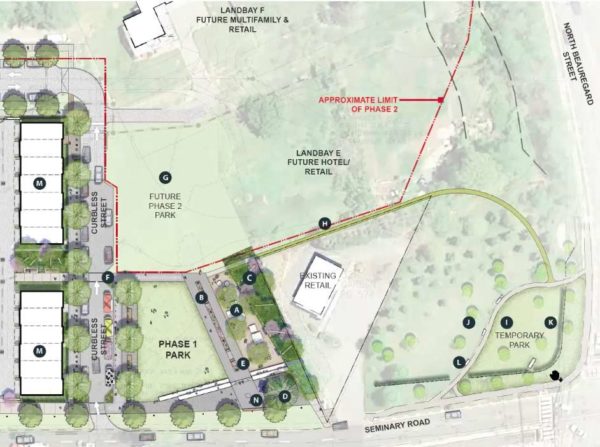 Developer Hekemian & Co. came to the BDAC late last month to discuss some significant changes planned to a proposed development along Seminary Road in the West End. 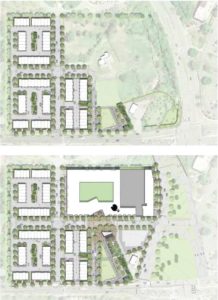 The earlier development had included a six-story mixed-use development that has been replaced by a series of four-story townhouses. The project will also include more parks and open space than the initial designs.

Don’t get too attached to that large open space on the upper right-hand side of the map, though. The next phase of the project would see that developed as a hotel and retail space.

The developers said part of the development is pending future changes at the “ellipse” intersection, a city project to turn the nearby N. Beauregard Street and Seminary Road intersection into a quasi-traffic circle.

Maya Contreres, the principal planner for West End new development, said the city is conducting a study on the ellipse with a preliminary idea about what will happen by the time Upland Park heads to city hearings.