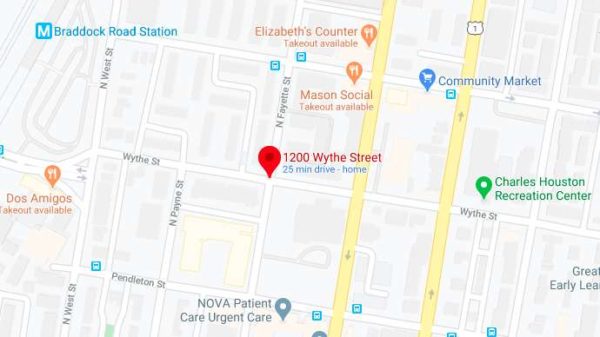 The 1200 block of Wythe Street is closed as police are responding to a shots fired call, with one person reported injured with non-life threatening wounds.

Police Spokesperson Lt. Courtney Ballantine said officers have closed the street after responding to a call around 2:30 p.m.

A male was reportedly taken to a local hospital by a family member with a gunshot wound to his upper-body, but Ballantine said the injuries are believed to be non-life threatening.

A suspect in the shooting was last seen driving away, though Ballantine said there was no description or other information available.

The shooting is one block away from a shots fired call on Saturday night and less than a mile from where a teenager was shot on April 2.

NOTIFICATION :: The Alexandria Police Department is investigating a “shots fired” call for service in the 1200 block of Wythe Street. Expect police activity in the area.