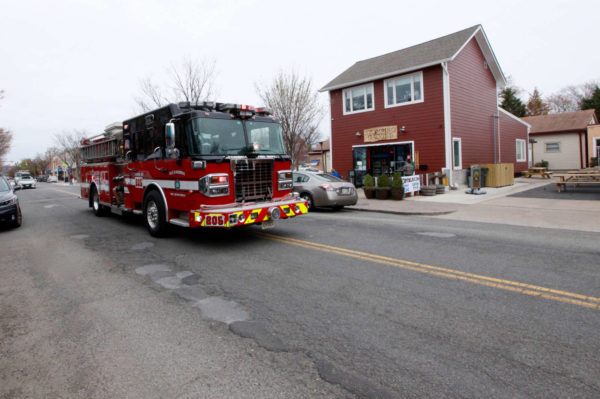 Work crews will be working from now until the summer on repaving large portions of Mount Vernon Avenue, and a recent reduction in traffic might just get the work done on time, according city staff.

“I would have to say we’re pretty much on schedule,” Mary Winston, the capital improvement paving manager for the Department of Transportation and Environmental Services, told the Del Ray Citizens Association in an online meeting last week.

The improvements are expected the be completed on 1.5 miles of the roadway this summer.

The city is in the final phase in Mount Vernon Avenue Complete Streets project, and includes the addition of pedestrian improvements with lighting, crosswalks and ADA-compliant ramps for the roadway.

“We’re also going to be upgrading the ADA ramps as we see fit,” Winston said.

Contractors are currently working on repaving the 2100 block of Mount Vernon Avenue near the 7-Eleven, and when that’s finished they will move south and repave the 2000 block and continue until they reach Braddock Road. They will then turn around and pave the rest of the roadway all the way up to Herbert Street.