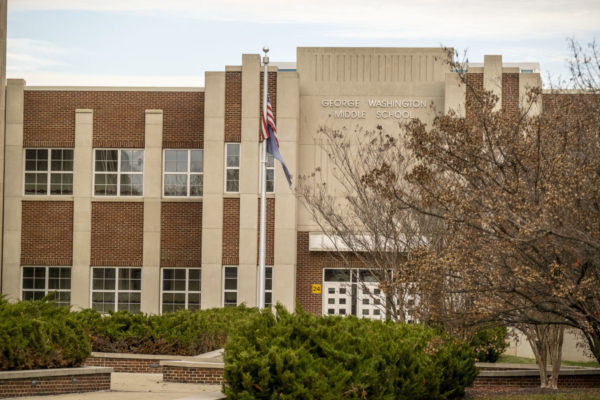 The Alexandria School Board last Thursday approved a revised bi-annual memorandum of understanding (MOU) with the Alexandria Police Department to provide school resource officers in the city’s public schools.

“That is what’s going to help us to tackle some of those racial disparities, because unfortunately society has made black and brown people in general seem as if we are criminals, and that is the perception that people have in their minds,” Hutchings said.

Last month, parents, students and community advocacy representatives railed against SROs, and said they foster an inappropriate culture of prejudice against non-white students. LaDonna Sanders, president of the Alexandria NAACP, filed a Freedom Of Information Act and found that in 2018 there were 140 out-of-school suspensions, and that a “significant enough proportion of the suspensions involve referrals to law enforcement.”

However, “In the event of a significant and articulable threat to health or safety school or for school officials may disclose any information from student records to the appropriate parties, including law enforcement officials, whose knowledge of the information is needed to protect the health and safety of a student or other individual,” according to the MOU.

The Board approved the MOU 6-3, and Board Members Michelle Rief, Jacinta Green and Heather Thornton voted against its approval. As previously reported, the MOU has “measurable objectives” for SROs, meaning that the officers have to complete statistical reports, data collection for quarterly performance reports, and after-action reports after incidents with students.

END_OF_DOCUMENT_TOKEN_TO_BE_REPLACED 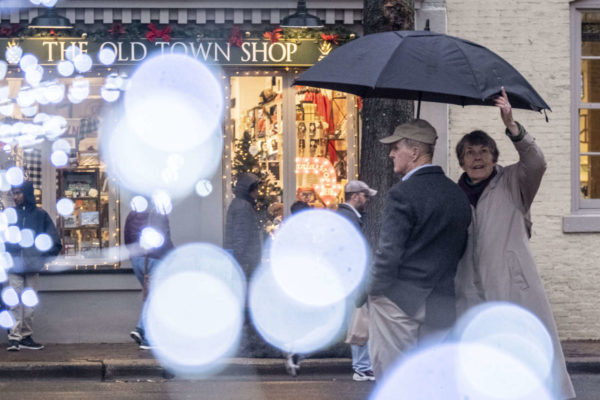 Beyer Says Acting Homeland Security Chief Should Resign — “Ordering the occupation of US cities, seeking the escalation of violence, and intentionally risking American lives over peaceful protests and graffiti is unfathomable and unacceptable. Acting Secretary Wolf must resign immediately or be fired.” [Twitter]

Del Ray Used Book Store to Open in August — “Piles and boxes of thousands of donated books crowd Donald Alexander’s house as he prepares to turn his vision for a used bookstore in Del Ray into reality.” [Alexandria Living]

Police Report Carjacking on Edsall Road — “The Alexandria Police Department is investigating a carjacking in the 6000 block of Edsall Road. There were no injuries. Expect police activity in the area.” [Twitter]

ACPS Staff Discussion on Reopening Today at 12:30 p.m. — “In order to be able to hear voices from across every school during the Reopening Community Chats, ACPS has asked for representation from various staff groups across the school division to serve as conduits for feedback and questions from their school, department, office or facility.” [ACPS]

Metro Expanding Operations in Mid-August — “Metro will add more buses, more trains, and more hours of service beginning on August 16, restoring most service to pre-Covid levels while maintaining a strong response posture to Covid-19. Metrorail will add 15 hours more service per week, with opening times returning to normal and the system closing two hours later each night in anticipation of potential increases in ridership after Labor Day.” [Facebook] 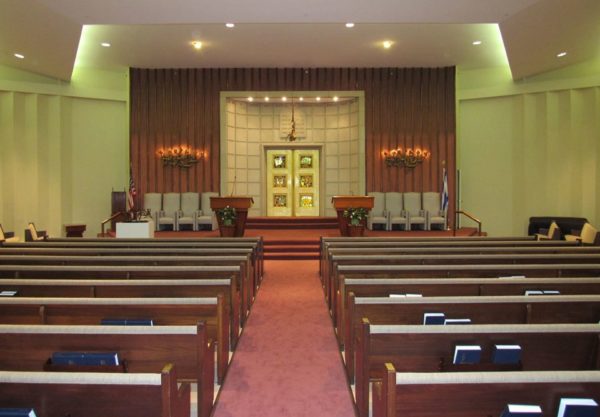 Following a knife attack on a rabbi’s home in Monsey, New York, Alexandria is stepping up its security for local synagogues.

On Twitter, Mayor Justin Wilson said the city’s police department and sheriff’s office are in touch with the Beth El Hebrew Congregation and Agudas Achim Congregation about a heightened police presence.

Our public safety agencies have been in touch with both synagogues in the City and are maintaining heightened visibility given the attacks in Monsey.

We stand against this violent anti-Semitism and for the premise that ALL should be able to safely worship.

Alexandria police would not specifically say what measures were being taken, citing security concerns, but spokesman Lt. Courtney Ballantine said city police were aware of the incident in New York and have taken precautionary measures in Alexandria.

Anti-Semitic attacks have been on the rise in the United States. Another attack targeting Jews in Jersey City earlier this month left three dead in a kosher supermarket. Eleven were killed last year in a shooting at the Tree of Life synagogue in Pittsburgh. Incidents have happened locally as well, like the vandalism of the Jewish Community Center in Fairfax.

Last night, the Beth El Hebrew Congregation gathered for the 8th night of Hanukkah in Del Ray in a special ceremony dedicated to solidarity against anti-Semitism, according to a Facebook post. 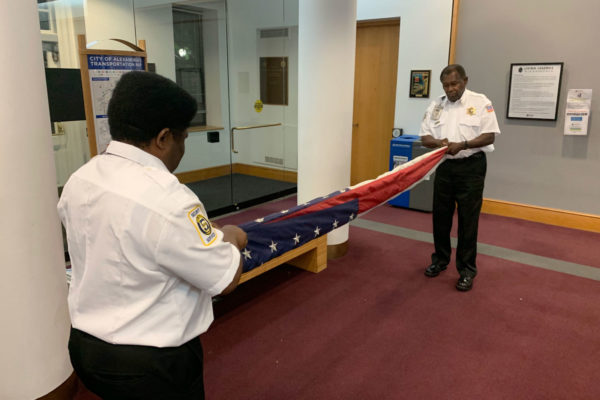 In response the June 6 shooting at a municipal building in Virginia Beach, Alexandria is preparing to install tighter security measures at City Hall in Old Town.

A suite of new security measures was approved at the Sept. 24 City Council meeting, less than two weeks after the City Council prohibited firearms on city property.

“City employees who work in City Hall expressed concerns that they believed that the building was not safe due to the lack of security guards during daylight business hours,” said City Manager Mark Jinks in a memo.

The recommendations came out of the Old Town Campus Safety Committee created after the Virginia Beach shooting.

“Committee also recommended that the security guards be armed and be trained in de-escalation and customer service so they also augment the City’s priority to provide a friendly, helpful demeanor when interacting with members of the public,” Jinks said.

In Arlington, the County Board approved adding armed, private security guards for added security and cited similar concerns after the Virginia Beach shooting

The limited building access will mean the stairwells that lead directly into city offices and the City Council chambers will be accessible only by keycard holders only — though they will still be available as exits from the building.

“One of the major concerns of City employees and the Committee regarding City Hall are the number of entrances that visitors can utilize to access the facility during normal business hours,” Jinks said. “The City Manager authorized General Services to restrict access to City Hall through the East and West stairwell doors to City employee access cardholders only. Egress from the building by the public will still be permitted through these stairwell areas.”

The new security measures are estimated to cost $550,000 in capital costs with $200,000 in ongoing annual costs for security guards as well as monitoring and testing the security technology. The costs are planned to be funded with year-end surplus funds remaining from FY 2019.