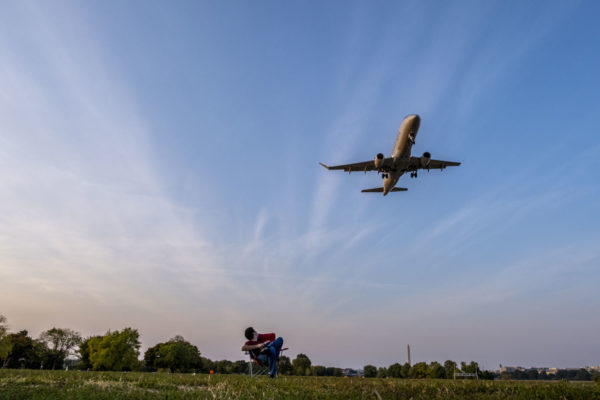 An Alexandria man was caught trying to get past a security checkpoint with a .38 caliber handgun and seven bullets at Ronald Reagan Washington National Airport on Friday, July 18.

The man had his weapon confiscated and now faces upward of $10,000 in federal financial civil penalties.

This was the sixth gun that Transportation Security Administration officers seized in a little more than a week. Three guns and a knife were recovered on July 14, and guns were also found on July 8 and July 11. So far this year there have been 18 guns caught at National Airport, an increase from 10 guns in 2020, 14 guns in 2019, 16 gunds in 2018 and 13 guns in 2017.

“The number of guns that our TSA team here at Reagan National Airport have caught this year has skyrocketed,” said Scott T. Johnson, TSA Federal Security Director for Reagan National Airport. “We have caught more guns in just the first seven months of this year than any other full calendar year. The most common excuse we hear is that someone forgot that they had their gun with them. That’s just not acceptable. And let me be clear that even if you have a permit to carry a concealed weapon, you still cannot bring it on to your flight. Bringing a loaded gun to a checkpoint is careless and an accident waiting to happen. If you own a firearm, you need to know where it is at all times.”

Passengers are allowed to check their firearms, provided that they are declared and in hard-sided and locked cases.