Details have emerged regarding a shootout in the West End on Sept. 13.

At around 5 p.m., Alexandria Police received several calls reporting 10-15 gunshots fired in the 3100 block of S. 28th Street near Ft. Ward Park. Callers told police that a man in a black Mercedes Benz was shooting a gun while driving from S. 28th Street onto N. Hampton Drive, according to a search warrant affidavit.

“One of the callers told police that he had just been shot at the intersection of N. Hampton Drive and N. Van Dorn Street while operating his vehicle,” notes the affidavit.

The 33-year-old man was shot in the stomach and was later released from the hospital.

Two adult males have been arrested and the investigation is ongoing.

Bullets hit an apartment building in the 4700 block of West Braddock Road, and a responding officer “observed a Black Male suspect holding a dark colored semi-automatic handgun and pointing it in the direction of King St.,” according to an affidavit.

One of the witnesses identified 19-year-old Terrell Talley in a police lineup, and he was later arrested and charged with shooting into an occupied dwelling and discharging a firearm in a public place. Talley is being held without bond. Police also arrested 18-year-old Adham Heiba and charged him for the same offenses.

A witness at the scene was about to take his daughter to Fort Ward Park, and was in the garage of his apartment complex near Ford Road and N. Hampton Drive when he heard four gunshots, according to police. Then, while driving his daughter to the park he saw a gunfight between a black sedan and a light-colored sedan near Braddock Road and N. Hampton Drive. The man told police that the black sedan was swerving in traffic while shots were being fired.

Witnesses told police that an older model black Mercedes, a blue jeep, a maroon Lincoln sedan and white Volkswagen Jetta were involved. The driver of the Jetta is described as a teenage Black male with faded black hair on the sides and twists on top. The owner of the maroon Lincoln later called police and reported that her car was involved in a shooting and had “multiple bullet holes,” according to the affidavit. The car was impounded.

There have been an increasing number of shootings in Alexandria in recent months. Police are expected to provide an update this week on Part I crime a well as on the recent spat of evening shootings.

Alexandria Police are investigating a number of crime events that occurred during late night hours over the weekend all over the city.

A man was seriously injured in a robbery in the 2500 block of North Van Dorn Street near Ft. Ward Park. The incident occurred at around 1:30 a.m. on Sunday, September 27. A man was robbed and assaulted by gunpoint by an unknown man and woman. Personal items were taken, according to police.

The previous day, a man was seriously injured by several suspects in the 5400 block of Sheffield Court in the West End and was later transported to the hospital.

“We were very busy over the weekend responding to calls for service,” Alexandria Police spokesman Lt. Courtney Ballantine told ALXnow.

A man was also shot in a home invasion early on Sunday morning in Del Ray, and there were calls for shots fired in Old Town and the West End on Friday and Sunday evenings.

This week, police announced they will release year-to-date Part I crime data and information regarding the multiple calls for shots fired in recent months.

NOTIFICATION :: The Alexandria Police Department is investigating a felonious assault in the 5400 block of Sheffield Court. Expect police activity in the area.

NOTIFICATION :: The Alexandria Police Department is investigating a robbery from person in the 2500 block of North Van Dorn Street. Expect police activity in the area.

As part of a plan to revitalize Fort Ward Park, the City of Alexandria is planning to build a new playground at the site in a more publicly accessible area.

Moving the playground to the southern portion of the site was initially proposed in 2015. An initial design for the new park was released today (Monday) with design expected to continue through the spring and summer. Construction of the new playground is scheduled for Spring 2021.

Some equipment from the existing playground is planned to be carried over to the new site, which is just east of St. Stephens and St. Agnes Middle School. Some of the exterior portions of the site will include play-walls that are an homage to the fort’s bastions.

“In addition to the existing and new playground equipment, we are asked with including ADA compliant seating, picnic tables, a drinking fountain, and accessible parking in this design,” staff said.

The site was also the location of several homes in a black community from the early 20th century before the homes were condemned by the City of Alexandria or purchased for next to nothing to convert the land into the current park, according to the Washington Post. Staff said the playground will mostly be built above-grade so the ground beneath is preserved for future archeological study, though some areas where equipment has to be deeply anchored will be excavated.

“Community members have expressed concern that family cemeteries may be located on the proposed site of the playground,” staff said. “In response, Alexandria Archeology conducted extensive research and found no evidence… that the lots were used to bury deceased family members.”

The public review is scheduled to run until Friday, June 26. Feedback on the project can be submitted via email to [email protected]

The Office of Historic Alexandria announced this morning (Tuesday) that it will be shutting down immediately and taking most of the city’s museums with it.

“Due to a shortage of staff and volunteers as well as low attendance, the Office of Historic Alexandria (OHA) has decided to close its sites to the public starting March 17,” the OHA said in a statement. “Public programs at OHA sites through April 12 have been canceled or rescheduled.”

The OHA noted in the statement that the office is reaching out to anyone who made reservations for events or tours at the locations to reschedule those.

“Due to the changing nature of the situation, we are not announcing a reopening date at this time and will provide updates on our website,” the OHA said.

According to the statement, the following locations will be closed:

The OHA shutdown is part of a broader sweep of closures across the city, from restaurants to lodgings, as many in the city are self-quarantining. 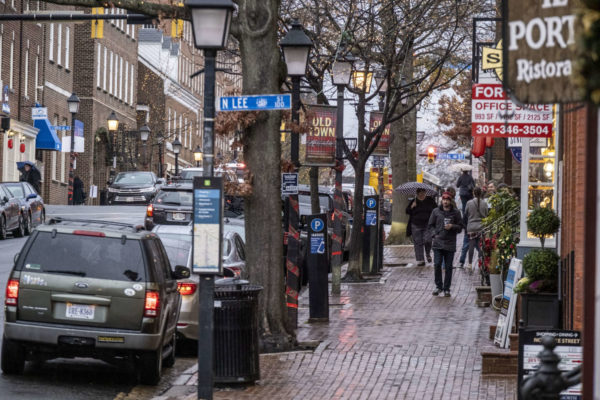 City Releases Multi-Language Coronavirus Fact Sheets — “The Alexandria Health Department has made multiple resources available regarding the outbreak of the novel coronavirus (now called “COVID-19″), and the Department of Community and Human Services encourages residents to read and share this information, especially in communities where languages other than English are primarily spoken, and with vulnerable residents, including those who may not have access to traditional media.” [City of Alexandria]

ARHA Looks to Redevelop Affordable Housing Properties — “Alexandria is now looking to redevelop five of its public housing communities, putting out a call for developers to replace 288 affordable homes around the city while building new “mixed-income communities… The Alexandria Redevelopment and Housing Authority recently issued a request for qualifications for interested developers on the projects, renewing a similar effort launched more than six years ago.” [Washington Business Journal]

Civil War Women’s Day at Fort Ward is March 14 — “The theme of women who disguised themselves as soldiers will be portrayed by interpreters in Union uniform who will share information about the challenges experienced by the hundreds of women who served in the army.  Learn about how the Civil War opened up a variety of work opportunities for women, from home and farm to city and factory.” [City of Alexandria]

Nearby: Arlington Announces First Coronavirus Case — “Arlington County and the Virginia Department of Health have announced the county’s first ‘presumptive’ case of coronavirus. An individual in their 60s who recently returned from international travel tested positive for the rapidly-spreading disease, the county said… Elsewhere in Northern Virginia, a City of Fairfax resident and a Marine at Fort Belvoir recently tested positive for coronavirus, also known as COVID-19.” [ARLnow]

One week after Lee-Jackson Day was nixed, the Union is preparing for its latest show of force at Alexandria’s Fort Ward.

The Fort Ward Museum — which covers the history of one of the best-preserved Union forts that formed the defenses of Washington, D.C. during the Civil War — is scheduling its annual “outfitting the men” program for next Saturday, Feb. 22, from 11 a.m.-3 p.m. The event is free and open to the public.

“Museum interpreters in Union uniform will present ongoing talks about the clothing, military accessories and equipment typical of the Federal units who were stationed at Fort Ward throughout the Civil War,” the museum said in a press release. “Hands-on reproduction items, intricately detailed model soldiers, and original objects on exhibit will be featured.”

Museum director Susan Cumbey said the display of Union uniforms on model soldiers are popular among children that come to the tour.

The City is planning to host a meeting to gather feedback on its plans to revitalize the Fort Ward Museum and Park.

The Department of Recreation, Parks and Cultural Activities is scheduled to hold a community meeting about Fort Ward Park on Wednesday, Dec. 11, at 7 p.m. in near St. Stephen’s & St. Agnes Middle School (4401 W. Braddock Road).

The meeting will discuss provide an opportunity to learn about capital projects coming in 2020 related to park improvements, according to the city website.

Fort Ward, built to defend Washington D.C. during the Civil War and later home to an African American community, is slated to receive a series of upgrades to make the site a more accessible and attractive tourist destination in Alexandria.

The plan is to update the existing museum at the site with a new film and exhibits that show the fort’s history and its evolution from military structure to a community hub.

Plaques across the site will include information from trenchworks and artillery placement to a recognition of the Fort Ward community that still lives in the surrounding area (some of whom are struggling with Alexandria City Public Schools over a plan to add lights to the T.C. Williams football field).

Upgrades for the park at 4301 W. Braddock Road include:

“Every square foot of Fort Ward Park is used and in demand — for historic interpretation and preservation, for recreation and as native woodland and open space,” the city said in its Fort Ward plan.

Elements of the plan include healing areas of erosion and compacted soil in the park, which have contributed to stormwater problems. The open space aims for the project also include adding more greenery to the open space.