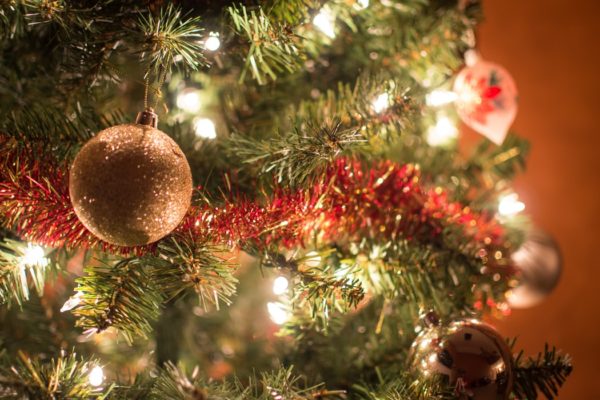 A local realtor is hosting a pajama party this month for Friends of Guest House residents.

The nonprofit’s reentry programs help women transition back to the community from prison. The pajamas and cozy socks will go to up to 70 women affiliated with the organization.

Realtor Maureen Clyne is leading the effort, and in a recent social media post wrote that Del Ray Cafe has donated 30 pairs of pajamas and socks. It’s her second time collecting pajamas for Friends of Guest House, and she was able to get 65 sets of pajamas donated in 2018.

“Everybody deserves a new pair of pajamas on Christmas morning,” Clyne told ALXnow. “My goal is 100 pairs of pajamas and socks by December 21. I’m at 32 sets right now.”

Donations of cozy socks and L-3XL pajamas can be dropped off at Coldwell Banker Realty, 310 King Street. Pickups can also be arranged by calling or texting 703-967-8884.

Friends of Guest House got a financial boost recently on Giving Tuesday by raising $30,300, and surpassing its goal by more than $10,000. Last year, the nonprofit reported 56 women participating in its six-month residential program. It has helped more than 4,000 women transition from incarceration since it was founded in 1974. 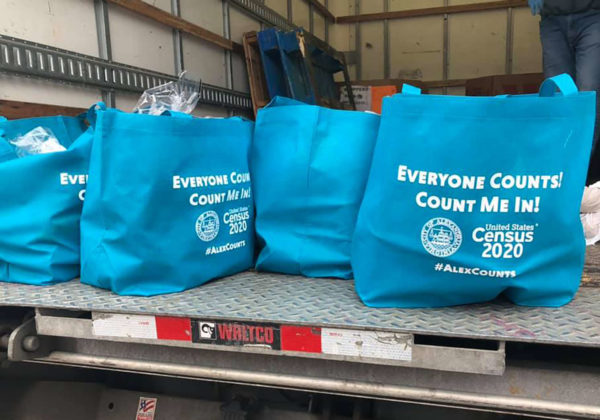 Alexandria non-profit ALIVE! is looking for help to put together Thanksgiving baskets for locals in need.

The non-profit is looking to fill 150 baskets by Sunday, Nov. 7.

Donations can be dropped off tomorrow (Saturday) from 9 a.m. to noon at the ALIVE! food warehouse (801 S. Payne Street). 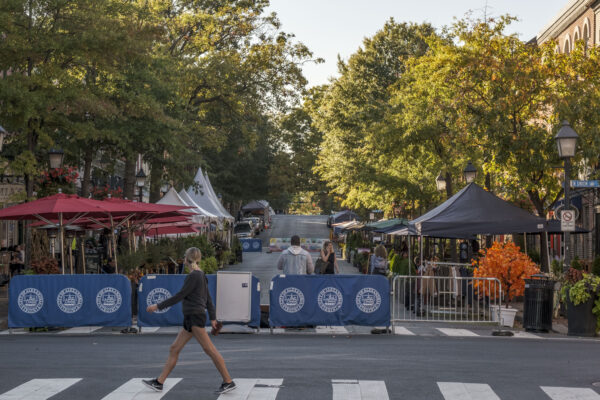 Alexandria Women’s Commission Partners With Vola Lawson Breast Cancer Fund — “The Commission for Women and other agencies underwrite mammograms for Alexandrians who are uninsured or whose insurance does not cover the screenings.” [Zebra] 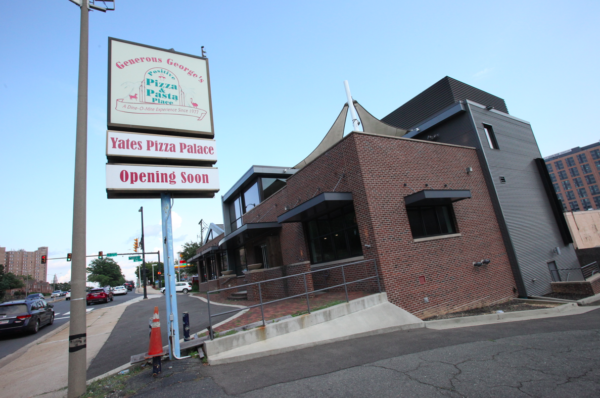 Just as the school resource officer debate started to cool down, things have started heating up between the City Council local first responder unions and city leadership over pay issues.

At the same time, city officials are entering the final stretch before election day on Tuesday, Nov. 2., which among other statewide elections will see candidates competing for the City Council, mayoral and School Board seats in Alexandria.

On the bright side, the local woman who was looking for help to pay for surgery earlier this week met her GoFundMe goal.

(Updated 5:50 p.m.) Amana Bhuiyan wakes up at 4 a.m. at her home in the Huntington neighborhood of Fairfax and immediately starts driving Uber. Around 9 or 10 a.m. she’ll switch to Instacart or DoorDash. Then around 2 or 3 p.m., it’s working at Walgreens until closing until around midnight. Then, another few hours of late-night Uber before returning home to sleep for two or three hours before starting it all again the next day.

It’s an exhausting schedule, but Bhuiyan said it’s what it takes to try t try to raise the money necessary to pay to remove a painful tumor.

“It’s exhausting, but when you have something to fight for, we make it work,” Bhuiyan said, trying to remain upbeat.

Bhuiyan has a tumor just above her hip near the lower part of her spine, which it painfully rubs up against. The tumor is complicated by Bhuiyan’s hemihyperplasia, which means she has extracellular growth on one side of her body. As a last resort, Bhuiyan is running a GoFundMe campaign to try to help cover the medical costs for removing the tumor. The GoFundMe has currently raised $18,640 with a $30,000 goal, which Bhuiyan said would help put a dent in the $150,000 in medical debt from her surgeries and her mother’s paralysis.

“I was born with [hemihyperplasia] which made it so that my tumor was hard to diagnose,” Bhuiyan said.

For two years, Bhuiyan said she jumped from doctor to doctor, from recommendation to recommendation, but each time she said she was told the procedure would be too risky to try and fix. Finally, Bhuiyan found a plastic surgeon willing to work on it. Bhuiyan already had one eight-hour surgery where she said the doctor was able to remove 65% of the tumor. But now, even as Bhuiyan is struggling with the debt from the first surgery, Bhuiyan said the tumor is slowly growing back. Now, even on the nights where she does have a few hours to sleep, Bhuiyan said it’s difficult due to the pain caused by the tumor.

“I already, right now from the first surgery, have maxed out that credit card,” Bhuiyan said. “I had amazing credit. I had a 753 credit score, and now I’m down to 562. I’m not being accepted for any loans because I’m apparently borrowing too much.”

That first surgery ended up costing over $50,000, which Bhuiyan said was all out-of-pocket. Bhuiyan, like many service industry workers that provide the labor pool for major apps, has no health insurance through her jobs. She said she applied for Obamacare last year but never heard back, and makes just enough from all of her jobs that she falls into the gap not protected under Medicaid. But even if she had insurance, Bhuiyan said the tumor isn’t considered a medically necessary surgery and isn’t covered by insurance for plastic surgery.

“I’ve been trying to get it to the point where hopefully I can pay off enough of my debt to try to get a loan to pay off the rest of this surgery because just the surgeon fee is $23,000,” Bhuiyan said. “Because he is a cosmetic surgeon, they don’t take insurance. It’s all out of pocket.”

On top of that work, Bhuiyan is taking classes at George Mason University, and she eventually wants to be a doctor and help people. In the meantime, Bhuiyan hopes at the very least that more people can understand the living situation for those less financially well-off in the area.

“We live in an area where most people have insurance and work for the government, and we don’t really know what the bottom percent of people are going through unless you have someone in your life going through it,” Bhuiyan said. We don’t usually see it. If nothing else, I’m doing this so people can be educated about it.”

For those that want to move around and raise money for a good cause but aren’t too keen on long runs: local non-profit ALIVE! is hosting an annual five-mile group walk through Old Town this Sunday (Oct. 17).

It’s the 40th annual StepALIVE!, a group walk for charity that starts and finishes at First Christian Church (2723 King Street). Registration and t-shirt pickup starts at 1:15 p.m. with music from the Alexandria Citizen Band. There’s a post-walk celebration from 3:30-4:30 p.m. with live bluegrass music.

“This year’s StepALIVE! fundraising goal of $65,000 will benefit all ALIVE! programs which have worked extremely hard to respond to increased demand during the ongoing COVID-19  pandemic,” the non-profit said in a press release. “The funds raised by StepALIVE! will allow ALIVE! to continue providing food,  shelter, emergency financial assistance, and eviction prevention to thousands of Alexandrians struggling with poverty and hunger.

Like with charity runs, the idea is that individuals and teams can raise money from supporters on a fundraising page, where people can donate in support of their walker or just to the non-profit in general. There will be prizes for the team with the most walkers and the most money raised.

“StepALIVE! supporters can also walk in solidarity with ALIVE! on their own or in a small group with their congregation, family, or community members in neighborhoods, places of worship,  local parks, or other locations of their choice,” the non-profit said in a press release. “All are asked to maintain safety and health guidelines.” 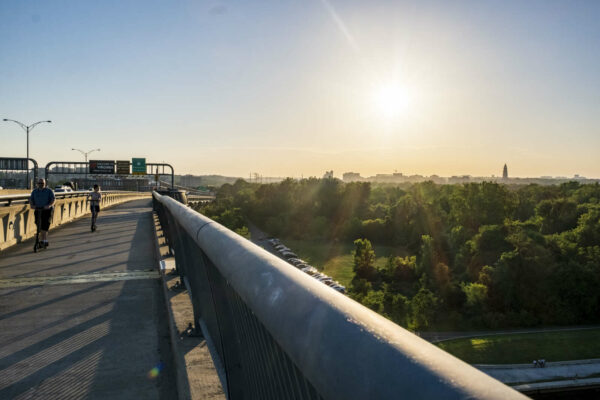 Old Town Oyster Festival next weekend — “Join Old Town Business Association for this year’s Old Town Oyster Festival October 16th-24th in partnership with the Oyster Recovery Foundation and sponsored by Guinness. Come on out for the Oyster Shucking Competition to kick off a week of Oyster and Guinness specials! The Shucking Competition, set to live music from Driven to Clarity, will take place Vola’s Airstream Patio on Saturday, October 16th 2021 at 10 a.m.” [Visit Alexandria]

Local group raises $5,000 for veterans — The Fraternal Order of Eagles 871 hosted a Dining for Charity event with 7 participating Alexandria restaurants and raised $5,000 for Homes for Our Troops. [Zebra] 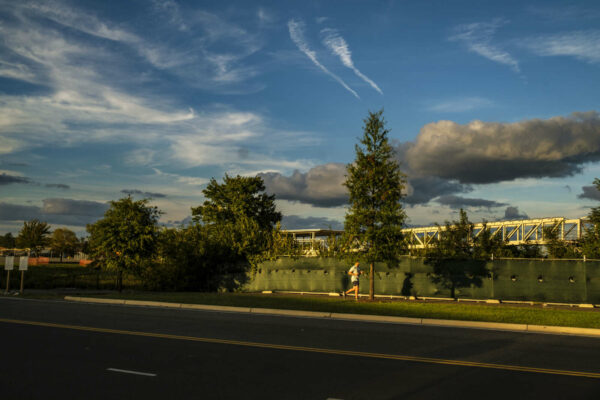 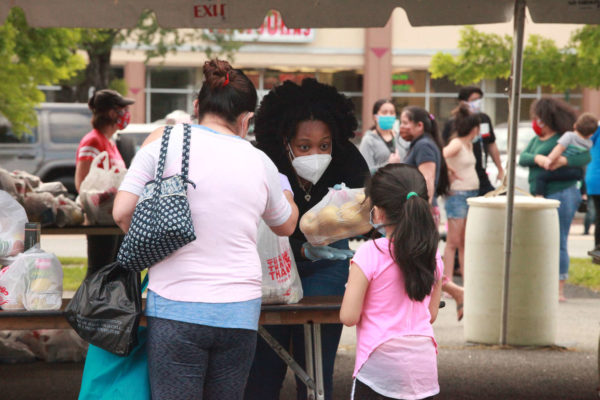 There are dozens of volunteering opportunities in Alexandria. 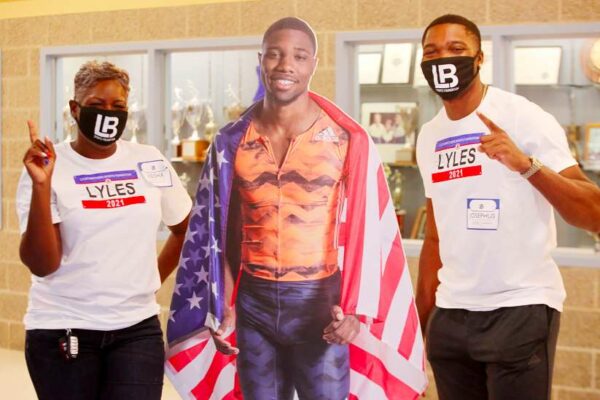 Vacant lot in Eisenhower could become pop-up events and market space — “At 2425 Eisenhower Ave., there’s more than 18,000 square feet of open, grassy space. Until recently, the lot, which is owned by Rubenstein Partners LP, has remained unused except for the occasional dog romping with its owner. The Eisenhower Partnership is working with the site owners to bring fresh life to the lot by creating a pop-up space that could be used for food trucks, markets, arts, musical performances and other recreational uses according to a recent application filed with the City.” [Alexandria Living]

There’s a new mural in Old Town — “When Erik Muendel took over the ESP Tea and Coffee Shop at 1012 King Street, he not only revitalized the hip location with a new spin on the name and increased offerings, the wanted to make a splash on the outside as well.” [Zebra]

New job: Personal assistant — “I am the owner of a luxury men’s clothing store and am seeking a personal assistant/IT adviser . You will not only be working for me but working with me towards a common goal. If you are a self starter with a ton of different talents and all you have been waiting for is an opportunity, this may be for you.” [Indeed]