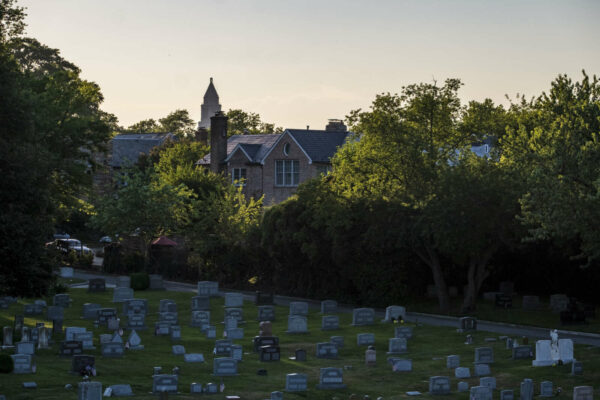 ACT For Alexandria CEO wins nonprofit leadership award — “As nonprofit leaders in Greater Washington, Mike Di Marco, Kahina Haynes, and Heather Peeler are invested in improving and advancing their organizations–and themselves. This year, we’re excited to announce them as our fourth annual David Bradt Nonprofit Leadership Awardees. (They) will each receive up to $15,000 to attend an intensive executive training program of their choice.” [The Community Foundation]

City recommends monitoring for COVID-19 symptoms regardless of vaccination status — “Although the vast majority of new COVID-19 cases are among unvaccinated people, those who are fully vaccinated can still contract COVID-19 and are more likely to experience mild illness. Anyone experiencing the following symptoms should get tested: fever or chills; cough; shortness of breath or difficulty breathing; fatigue; muscle or body aches; headache; new loss of taste or smell; sore throat; congestion or runny nose; nausea or vomiting; or diarrhea. Protect yourself and others by getting vaccinated. Find your shot online today.” [City of Alexandria] 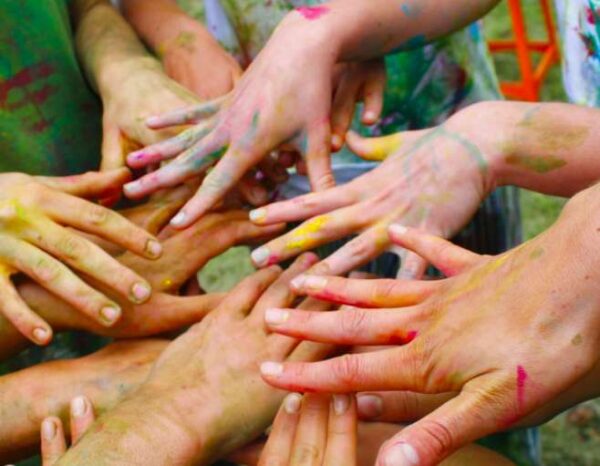 As of Thursday morning, 8,250 donors raised $2,509,133 for 156 nonprofits in Alexandria for the biggest one-day fundraiser in Alexandria. The final numbers are currently being tallied, and stragglers will be allowed to donate through the weekend.

“The Alexandria community has done it again,” ACT President and CEO Heather Peeler told ALXnow. “It’s remarkable and I can hardly even put words to just how much appreciation I have for the enormous generosity of this community.”

“What we achieve is only possible because there are 156 nonprofits who are reaching out to their board members and their constituents and getting their friends involved,” Peeler said. “We had over 70 local businesses participating who were engaging their customers and their employees. It was an all-hands-on-deck effort across the community.

Spring2ACTion has raised million for local nonprofits since its founding 11 years ago. All donations are tax deductible and irrevocable.

“Brandi has been with Spring2ACTion from the beginning, and this would not be possible if it weren’t for her,” Peeler said. “She has tremendous relationships with the nonprofit community and donors, and has so much insight in terms of what to do and how to make it happen.”

Thank you Alexandria for an amazing #Spring2ACTion !

Our community has again shown incredible generosity in support of the Alexandria non-profits working to address critical needs in our City. pic.twitter.com/jbape63NCh

Way to go #AlexandriaVa! Shout out to @ACTforAlex for another amazing #Spring2ACTion We live, work, play in an incredible community! pic.twitter.com/nUoeXY6O7w

And that's a wrap on Spring2Action 2021! Thank you for spending the day with us. We're tired but inspired and ready to work on expanding play opportunities in our community. pic.twitter.com/xV6BBxyKtf

END_OF_DOCUMENT_TOKEN_TO_BE_REPLACED 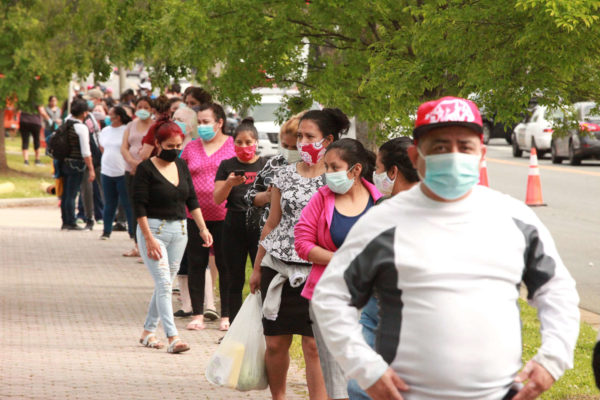 The biggest one-day fundraiser in Alexandria is here. Spring2ACTion started this morning and donors have until midnight to contribute to more than 150 nonprofits in the city.

What if we all gave on one day? Today we can during #Spring2ACTion, Alexandria’s giving day! @Spring2ACT is a 24-hour online event that connects donors with the charitable causes they care about most and encourages them to take action. Give now at https://t.co/kq39cinwrG.

DONATE to ALIVE! at Spring2ACTion before midnight tonight https://t.co/dT4cB6gqhw pic.twitter.com/UFPlZzk5Ii

I just contributed to an amazing group of Alexandria non-profits. Will you join me? https://t.co/PdhEN2PBWX

It’s #Spring2ACTion – the day when Alexandrians come together and support the organizations that serve our community in the best of times and during challenging times. Join me in supporting nonprofits like the Alexandria Library Foundation. https://t.co/eohVeEUmEn pic.twitter.com/Jg4P86PYD2

END_OF_DOCUMENT_TOKEN_TO_BE_REPLACED 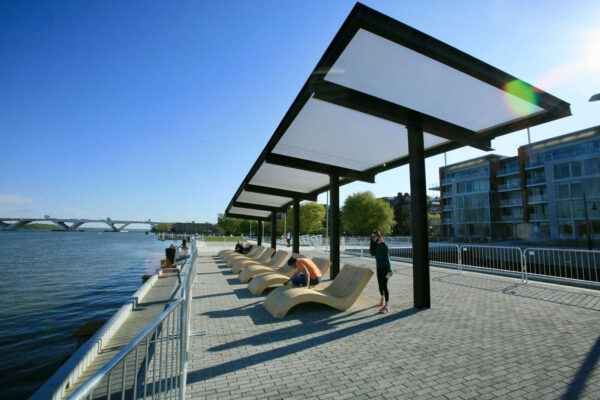 Mister Kleen donates hand sanitizer dispensers to Neighborhood Health –“Mister Kleen Maintenance Company, Inc. is giving back to the community with a donation of more than 100 automatic hand sanitizer dispensers with stands to Neighborhood Health, a local nonprofit community health center that serves more than 42,000 patients in clinics across Alexandria, Arlington, and Fairfax County.” [Zebra]

Today’s weather — “Thunderstorms in the morning will give way to partly cloudy skies and gusty winds late. Storms may contain strong gusty winds. Morning high of 67F with temps falling to near 55. Winds W at 20 to 30 mph. Chance of rain 80%… Clear (in the evening). Gusty winds diminishing after midnight. Low 37F. Winds WNW at 20 to 30 mph.” [Weather.com] 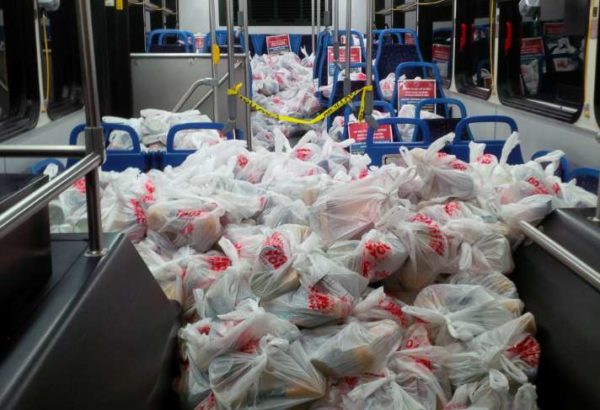 Spring2ACTion, the biggest annual fundraiser for Alexandria nonprofits, is around the corner and organizers want to raise $2.5 million from 10,000 donors.

On April 28, donors will get a 24 hour chance to contribute to more than 150 nonprofits in the city.

Last year’s event raised $2.45 million from 8,453 donors, and the money was a lifeline during the beginning days of the pandemic.

“Last year was like a lifeline for our organizations,” Brandi Yee, ACT for Alexandria’s chief program officer, told ALXnow. “This is people’s livelihoods, and Spring2ACTion allowed organizations to pay salaries and help people through the pandemic. And it was used to help all these nonprofits pivot to meet the needs of their clients who are experiencing the effects of the pandemic.” 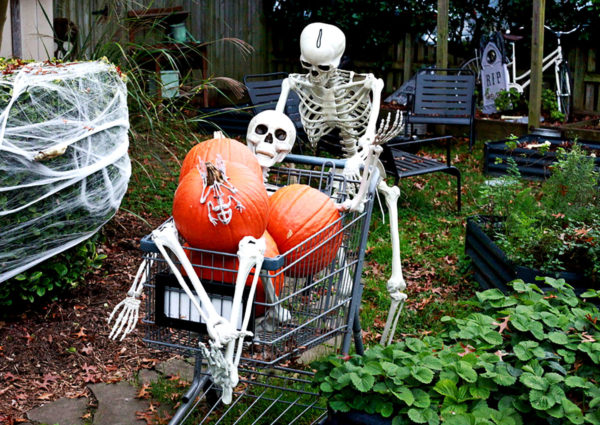 Beyer Calls Trump ‘Super Spreader in Chief’ — “The Super-Spreader-In-Chief strikes again. From coast to coast he visits American communities spreading dangerous aversion to science and public health precautions. He brings large groups of people together under unsafe conditions in state after state, and this is what results.” [Twitter]

Halloween Weekend Events in Alexandria — “While Alexandria police are not planning to close down Lee Street for the annual Halloween party, there are lots of activities Halloween weekend.” [Alexandria Living]

ACT for Alexandria’s #ArtsALX Fundraiser Extended to Nov. 6 — “We are still fundraising to save the arts! 100% of donations will directly support artists in Alexandria. Donation portals open thru Friday, Nov. 6.” [Twitter]

Two Alexandria Restaurants Make Washingtonian’s List for Cozy Escapes — “The Yates family went above and beyond when reimagining the outdoor space at Lena’s Wood-Fired Pizza & Tap during the pandemic. The 5,200 square-foot set-up has cabanas–hung with Moroccan lanterns–for parties of ten or less; pergolas glowing with string lights; and a new beer garden ringed around a fire pit… Pick (at Del Ray’s Evening Star Cafe) between two homey outdoor areas at this Alexandria mainstay: the Front Porch, where you can sip a bourbon slush by a fire-pit table, and the new, roomy Back Yard.” [Washingtonian]

ALIVE! Hosting Food Distribution Event on Halloween — “The event will be held at two drive-through sites: the parking lots of John Adams Elementary (5651 Rayburn Ave.) and Cora Kelly Elementary (3600 Commonwealth Ave.). Residents can pick up food at either location from 8:30-10:30 a.m. or until supplies last.” [Zebra]

Animal Welfare League of Alexandria Gets Pets Displaced by Zeta — “We are so glad we were able to welcome a group of dogs and cats from @LASPCA last night. In preparation for the landfall of Hurricane Zeta, The Louisiana SCPA needed to make extra room in their shelter so they could help animals displaced by the storm.” [Twitter]

New Job: Deputy Clerk — “The Deputy Clerk (Grade 7) is assigned operational responsibilities and ensures court’s instructions are executed and legal papers are prepared with accuracy and in accordance with appropriate policies and procedures.” [Indeed] 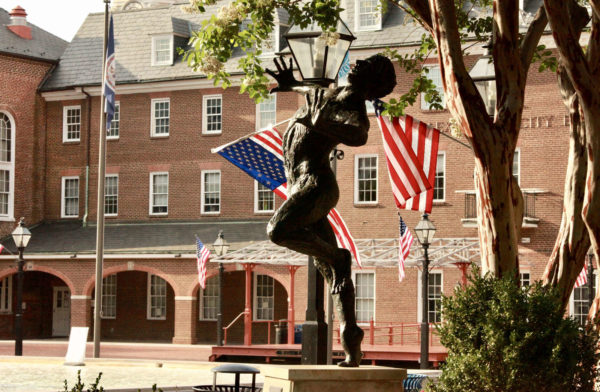 With limited public performances, shuttered galleries and cancelled events, the Alexandria art scene has been hit hard this year.

On Saturday (October 24), the Alexandria Arts Alliance and ACT for Alexandria will host a virtual fundraiser for arts organizations and artists in the city.

“We knew as the weather gets colder, gathering will become more challenging,” said Alexandria Arts Alliance Board President Melinda Kernc. “There is amazing and inspirational art happening all around us, and we want Alexandria residents to experience it, even if they are staying home. These artists and arts organizations desperately need support from the community they serve so well. This entertaining, collaborative showcase provides a way to ensure the arts will emerge strong when the pandemic subsides.”

The event, which will raise funds for dozens of organizations, will be live streamed Saturday at 7 p.m. on the Alexandria Arts Alliance Facebook page. The event will include Guests will include an appearance by the mayor, a Saturday Night Live cast member and video vignettes from 23 Alexandria-based artists and arts organizations.

The following artist organizations will be featured:

Wow! Just WOW! We are so grateful for the ACT donors who have pledged $14,000 in matching funds to save #artsALX!

Alexandria residents feeling the financial impact of the pandemic could be eligible to get $100 to $400 in grocery store gift cards as part of a new program with the city and ACT for Alexandria.

Residents who have not received financial help from the government will be prioritized for the ALX Cares Grocery Gift Card Program, which runs through December or until the funds run out.

“The City has continued to address ongoing food insecurity caused by impacts of COVID-19 by designating an additional $1.53 million in funding from the Coronavirus Aid Relief for Economic Security (CARES) Act to expand and extend food assistance programs,” according to ACT for Alexandria. “An allocation of $950,000 is designated for the ALX Cares Grocery Gift Card Program and $580,000 for ALIVE! to continue large-scale food distributions and pantry support.”

Up to 1,500 gift cards are planned to be given away per month.

ACT for Alexandria’s ACT Now COVID-19 Response Fund has also raised more than $1 million, and $914,000 has been given in grant funding to other city nonprofits.

ACT for Alexandria has broken fundraising records this year, and next month will celebrate its achievements with its first-ever virtual fall fundraiser.

“There is a lot to celebrate,” Heather Peeler, the CEO of ACT for Alexandria, told ALXnow. “We had our best-ever Spring2ACTion, we raised more than $1 million for the ACT Now Fund, and gave most of it away to 80 organizations, we are partnering with the city on a grocery gift card distribution program and launched a fund to support city employees on the front lines facing financial hardship.”

The Fall Salud and Virtual Celebration will be held for an hour on Wednesday, September 23, from 7 to 8 p.m., and includes performances from local artists and musicians.

The event is still being planned, and all funds will go to ACT for Alexandria.

“Throughout the year, our partners and supports have been extraordinary with the support and care they have shown for our community,” Peeler said. “This is an opportunity to come together and celebrate what we’ve collectively achieved in supporting Alexandrians throughout the pandemic.”

Join ACT for Alexandria for it's first virtual fundraiser on Wednesday, September 23! From the comfort of your own home,…

Image via ACT for Alexandria/Facebook 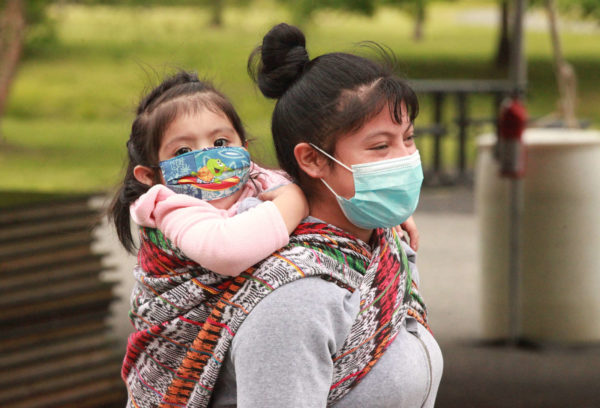 ACT for Alexandria’s ACT Now COVID-19 Response Fund has now raised more than $1 million, and $910,000 has been given in grant funding to other city nonprofits.

ACT for Alexandria Executive Director Heather Peeler says that even though COVID-19 numbers are going down, the community needs are still great. The nonprofit has paused its grant request process for the month of June while it maps out its fundraising strategy for the rest of the year.

“The needs of community members are still substantial,” Peeler said. “All of our community partners are getting calls from constituents who need assistance. The health and economic impacts of the pandemic are still with us, even though I think everybody’s really geared up to get back to work. There are still many community members who are disproportionately affected and we need to continue to support them as they navigate this crisis.”

Peeler and her staff of four employees and two interns also organized and managed the Spring2ACTion fundraiser on April 15, which broke the city’s one-day giving record by raising $2.45 million for Alexandria nonprofits.

Now ACT for Alexandria is crafting a racial equity statement to guide its future priorities, and Peeler and her staff are organizing racial equity workshops. Peeler said that there is currently a waiting list of 100 people who want to attend in June and July.