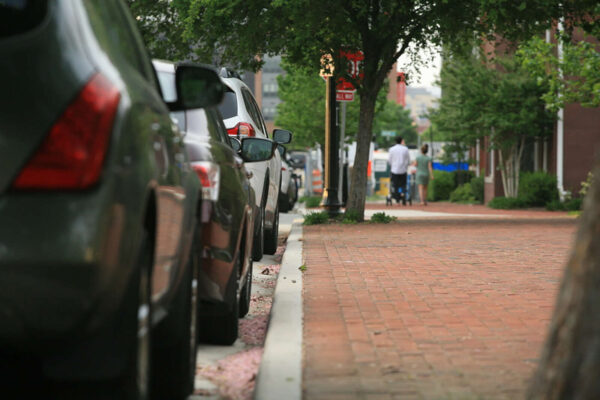 The City of Alexandria is considering increasing the number of auxiliary dwellings allowed in commercial buildings and nixing the parking requirements for most of them.

One of the biggest behind-the-scenes projects at City Hall has been an effort to make auxiliary dwellings — formerly accessory dwellings, we’ll get into that later — more viable in Alexandria.

The goal is to provide a boost to market-rate affordable housing which has been in freefall in Alexandria for years. A staff report indicated that there were areas for greater flexibility within the zoning ordinance, including changes to parking requirements for the units.

“Currently, the Zoning Ordinance prescribes a very limited number of ‘Accessory apartments’ in each commercial zone,” the report said, “however; staff believes a slight increase in the number of those units and the location of those units within a structure could lead to a greater number of units and housing options for residents.”

The city has been working on codifying residential dwellings in commercial spaces — one of the oldest housing types in the city — and adjusting that language to “auxiliary dwelling” rather than “accessory dwelling” to avoid confusing overlap with other “accessory” zoning uses.

One of the obstacles to creating auxiliary units has been parking requirements, which the staff report are said on ratios meant for fully-residential developments.

The staff report said many of the auxiliary apartments are located on dense commercial corridors, like along King Street, which have frequent transit services. The staff report proposed that auxiliary dwellings that are within places classified as “enhanced transit areas” will not require parking.

According to a map in the staff report, though, areas of the city listed as an “enhanced transit area” covers much of the city. Commercial zoning is marked in red, meaning auxiliary dwellings in the red blocks within the larger grey zones are the ones that would have no parking requirement.

“Because most of the ‘Auxiliary dwellings’ will be located within the Enhanced Transit Area and require two or less parking spaces, parking would often not be required,” the report said. “Given this, staff is proposing to not require parking for any square footage dedicated to ‘Auxiliary dwellings’ within the Enhanced Transit Area.”

The report said eliminating the parking requirement would both reduce the cost of creating the unit and would, in theory, draw residents that do not own cars and would rely on transit, walking and other modes of transportation.

The changes are scheduled for review at the Planning Commission (item 2) on Thursday, June 23. 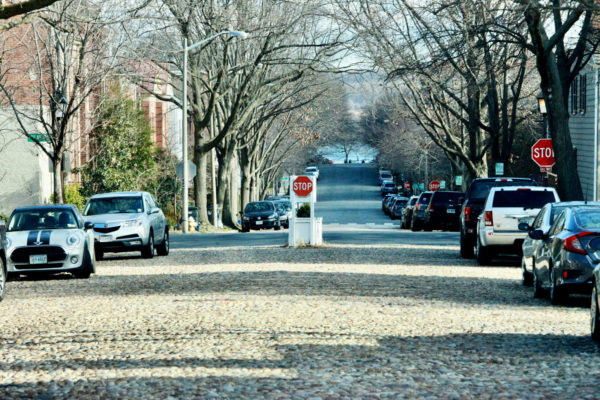 Beyer Praises Biden’s Economic Relief Plan — “Soon we will have a president in the White House, and Democratic leaders controlling Congress, who understand what economists have told us from the beginning–that in order to recover and rebuild from this pandemic you must first control the coronavirus and that rent and food are not going to trickle down to millions of unemployed Americans.” [Beyer.house.gov]

COVID-19 Self-Testing Kiosks Closed Today — “Stay safe on January 20. To ensure the safety of the community and Curative employees, COVID-19 testing kiosks in Alexandria will be closed on Inauguration Day. Pre-register for testing on Tues, Jan 19 or Thurs, Jan 21.” [Twitter]

ACPS Minority and Special Needs Students Struggle With Virtual Learning — “The report, compiled by ACPS’ Department of Accountability and Research, shows that middle and high school students earned D’s and F’s in greater numbers across all demographic groups in the first quarter of the 2020-21 school year compared to first quarter of the 2019-20 school year.” [Alex Times]

Accessory Dwelling Unit Decision Coming Up In Alexandria — “Accessory dwelling units, defined as small apartment-style residences sharing a lot with a larger house, would be allowed citywide under the proposal from the Department of Planning and Zoning and Office of Housing. Units are considered accessory dwellings when they provide a separate kitchen, bathroom and bedroom from the main house. They could be located in an addition of an existing home or a within separate on a lot, such as a detached garage.” [Patch]

Former Mayor Recounts Taking Iconic Photo of Coretta Scott King — “Silberberg’s photo has been published extensively by many publications. The most memorable was after Mrs. King passed away in 2006, when the photo was used by Target for full-page ads the company took out in The Washington Post, The New York Times and other major metropolitan newspapers to commemorate King’s service to the country.” [Alexandria Living]

New Job: Experienced Tax Preparer — “The ideal candidate will have A MINIMUM of 5 years of Public Accounting experience, working in a tax environment. The ability to accurately prepare and review tax returns for various types of entities is a must! A desire to assist in expanding business growth and efficiency with fresh ideas is also highly desired.” [Indeed] 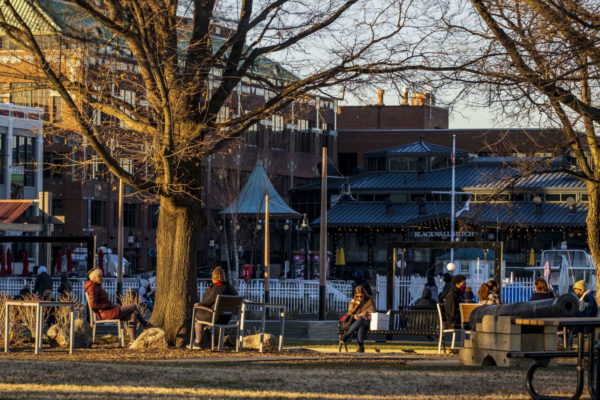 Citizens’ Association Frustrated With ADU Policy Progress — “NRCA supported eight reasonable restrictions and prohibitions on ADUs…we are very disappointed that the vast majority of [our] comments and proposals were not included in the current version of the policy.” [Twitter]

Alexandria-based United Way Accused of Rewarding Sexist Behavior — “For decades, misogyny has been rampant across the organization’s leadership, according to detailed accounts from nine former United Way workers employed at the organization from the early 1990s to the beginning of 2020.” [Business Insider] 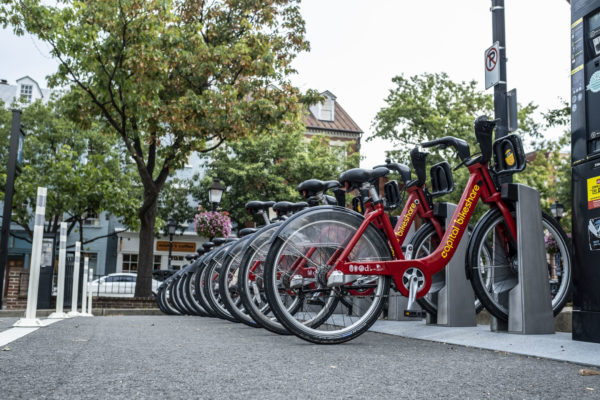 Honestly, kind of a slow week in Alexandria — must have been the tryptophan in the Thanksgiving turkey.

As we head into the end of the year, the city and many local organizations are working to lay the groundwork for a better 2021. Even as the Campagna Center recoils from cancelling the Christmas Parade, the organization is working to ensure fundraising stays consistent for the local non-profit’s early childhood programs. The City, too, is planning for a looming budget setback when CARES Act funding expires.

On the bright side, unemployment figures continue to go down for Alexandria and adoptions from the Animal Welfare League of Alexandria are on the rise. The West End could also get also be getting that Capital Bikeshare expansion sooner than expected. 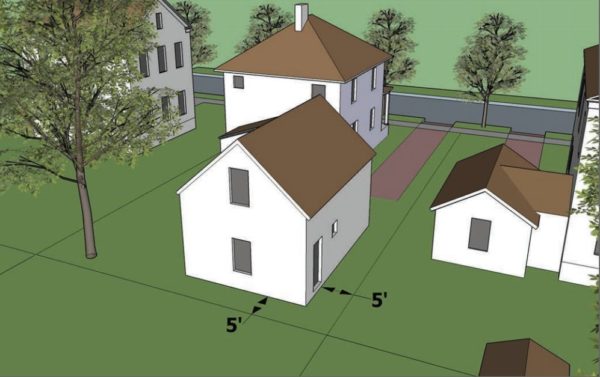 Alexandria is moving forward with plans to implement new Accessory Dwelling Unit (ADU) policies aimed at making it easier to build units both attached to existing houses and separately on residential lots.

ADUs are generally small units sold or rented out to residents other than those in the main house. ADUs increase the availability of housing stock and have been eyed as a potential solution to the decline in market-rate affordable housing. These hopes for ADUs are also frequently paired with concerns that they could add density to Alexandria’s existing neighborhoods.

Staff said in a presentation to the Planning Commission yesterday that the proposal is any single-family, two-family or townhouse dwelling can apply to have an ADU. Staff has also done community outreach to gather public feedback and said that 56% of those surveyed supported ADU policies, while 26% did not and 8% were still undecided.

Early on in the process, Alexandria prioritized making the ADU process not too onerous on property owners, an issue that has plagued Arlington and led to a widespread lack of ADU implementation. Staff said there would be a no-fee permit required for ADUs in Alexandria.

Only one ADU would be allowed per lot and — at least in current plans — the permit would require the owner to live  on the property. Staff said this requirement helps ensure the use remains compatible with the neighborhoods.

Staff told the City Council that the policy has undergone some refinement.

“We want to be really intentional about these units remaining accessory,” staff said. “It should not be occupied by more than three persons. We still need to do more research for owner occupancy requirement.”

The ADUs could also be used as short-term rentals, though concurrent rental of the main house and the ADU would not be permitted. No additional off-street parking will be required for ADUs, a decision staff said was intended to cut down on excessive driveway space.

It’s hard to argue that the implementation of accessory dwelling units (ADU) in Arlington was a resounding success, and as Alexandria looks to move forward with implementing its own new ADU policy it is hoping to avoid the mistakes of its northern neighbor.

Tina Stacy, a housing economist at the Urban Institute, said in a meeting on Tuesday that the city is gathering public feedback on hopes or concerns regarding ADUs. So far, there have been 240 responses from Alexandrians. Stacey admitted that conversation right now is largely driven by homeowners in the Seminary Hill area.

“Most of the people who filled out that form live in the 22302 zip code,” Stacey said. “Almost all responses came from homeowners, with only 13 responses from renters.”

Part of the city’s goals for encouraging the development of ADUs is to increase the availability of market-rate affordable housing stock — homes available at affordable prices that aren’t fixed by the city. Most of the feedback, Stacey said, were questions about how the new ADUs would impact neighborhoods, the environment, traffic and parking.

Some of those policies that will shape the ADU impact are still to be determined, but Stacey said the important thing is to keep the laws clear and not to overwhelm potential ADU builders with restrictions.

For much of that time, however, ADUs were restricted to existing outdoor buildings or converted basements.

Stacey blamed much of that on confusing laws and restrictions. In Arlington, Stacey said ADUs were limited to lots larger than 4,200 square feet and have an owner-occupancy requirement, meaning that the ADUs cannot be rented while the homeowner is away.

Alexandria is looking to study a new accessory dwelling unit (ADU) policy in Alexandria with some community input.

ADUs are defined by the city as secondary, independent living units with a separate kitchen, sleeping area and bathroom, in converted garages or new structures detached from a primary residence.

According to the city, ADUs can:

Arlington recently loosened its restrictions on ADUs and Alexandria began looking at its ADU policies last January as part of an effort to create more equitable and affordable housing. The City said on its ADU website that the goal is to create policies that make new ADUs compatible with the neighborhood while increasing lower-cost housing and providing housing flexibility.

“The creation of an ADU program is part of City Council’s 2020 Workplan and its efforts to ensure that affordable, quality housing is available to residents at all income levels,” Tony LaColla, Land Use Services Division Chief for the City of Alexandria, said in a press release. “While these units alone will certainly not solve the housing crisis, they do fill an important gap.”

ADUs have faced some pushback in neighboring jurisdictions, where homeowners are concerned about the increased density in residential neighborhoods and the increased demand for parking.

A community meeting is scheduled for Thursday, March 12 at 6:30 p.m. in the Mount Vernon Recreation Center (2701 Commonwealth Avenue). The City said in an event listing that staff and representatives from D.C. think tank Urban Institute will give a presentation on a new ADU policy and solicit feedback from attendees.

Another community meeting is scheduled for Monday, March 30 at 6:30 in the Beatley Library (5005 Duke Street).

A survey will be conducted in early April to gather more public feedback, according to the press release.

After the community meetings and the survey, LaColla said a set of standards and regulations will go to the Planning Commission for a June hearing and to the City Council for a hearing in July.