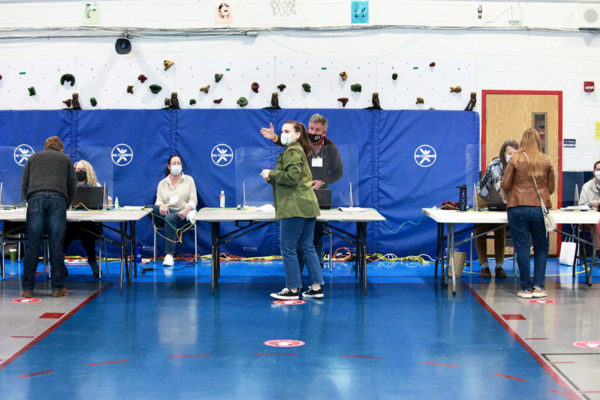 Mayor Justin Wilson says that a study by a conservative activist group alleging that 105% of the city’s voting population is registered to vote is “BS”.

Wilson wrote that a Judicial Watch study incorrectly calculated U.S. Census data from the American Community Survey (ACS) when it listed the city’s citizen voting age population at 105%, with 109,889 total registered voters and a total of 104,975 eligible voters. The study was picked up by Republican gubernatorial candidate State Sen. Amanda Chase, who said on social media that there needs to be “absolute integrity in our state electoral system.”

“Reports of deceased people, cats, dogs, voters voting multiple times, ghost votes etc are being reported across the Commonwealth and our great country and it must be rooted out,” Chase wrote on Facebook.

Turner said that Mayor Wilson’s numbers were correct. She said she was not aware of the claims by Chase or Judicial Watch when ALXnow called. Judicial Watch also posted a statement earlier this month by its President Tom Fitton that, “Joe Biden is not president-elect.”

“I’m not aware of cats or dogs voting or any type of incident,” Turner said. “We had three individuals who cast ballots prior to passing away, but that is not abnormal. At the time their ballots were cast they were active registered voters and their votes were counted.”

Don't believe BS. @AmandaChaseVA a State Senator & candidate for Governor, posted that 105% of ALX's voting-age population is registered to vote.